A Look Back At Superman: The Movie By Douglas Meacham 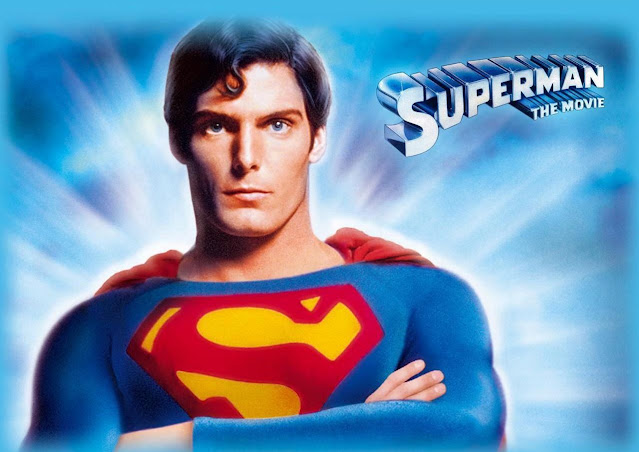 SUPERMAN: THE MOVIE
“I’M HERE TO FIGHT FOR TRUTH, JUSTICE, AND THE AMERICAN WAY.” - Superman

U.S. Release Date: December 15, 1978
Starring: Marlon Brando, Gene Hackman, Christopher Reeve
Music by: John Williams
Directed by: Richard Donner
Oscar win: Best Visual Effects
This week is the 42nd anniversary of what most people consider to be the greatest superhero film of all time. It also happens to be my all-time favorite film. It started the superhero genre on the big screen, and to this day is the gold standard on how superhero films are made or ought to be made. The director of 2017’s WONDER WOMAN used this film as a template, and the president of Marvel Studios has stated that they use it as inspiration in their films.

Much has been documented about the making of this great blockbuster that almost wasn’t. Both director Dick Donner and executive producer Ilya Salkind have gone on record about the trials and tribulations of trying to make a man fly, because many special effects had to be achieved through technology that hadn’t been invented yet, similar to the prior year’s STAR WARS. They have also gone on record about the difficulty of working with each other, something the fan base argues about to this day. I understand that when a studio is trying to accomplish something that’s ground-breaking, budgets are going to go over to achieve the vision of the filmmakers. What’s important to me is that if it weren’t for the ideas of producer Ilya Salkind and the visionary direction of Richard Donner, the film wouldn’t have earned an Oscar in visual effects and we wouldn’t be celebrating its release 40+ years later.
The soundtrack has also got to be my favorite. John Williams delivers another Oscar worthy score the year after he knocked it out of the park with STAR WARS, yet unfortunately he lost to the composer of the film MIDNIGHT EXPRESS. Nevertheless, this was when John was at the top of his game, and to this day has earned over fifty Oscar nominations for his original compositions, many of which are recognizable in most households.
Christopher Reeve’s portrayal of the Man of Steel has been in my life as far back as I can remember. As a child I watched SUPERMAN II numerous times, more so than the first because of the action between Superman and the Phantom Zone villains.
I can’t exactly pinpoint the first time I’ve watched this, I just know it was on VHS and I couldn’t have been more than five years old. One thing’s for sure, I am truly envious of those who were born a generation before me and got to see this and other great blockbusters of the 70’s and 80’s for the first time on the big screen.
I can’t describe enough how much this film has had an impact upon me. Reeve’s portrayal of Superman influenced my own strong sense of truth and justice. It’s part of the reason why he is my Superman and why the character is my favorite superhero.