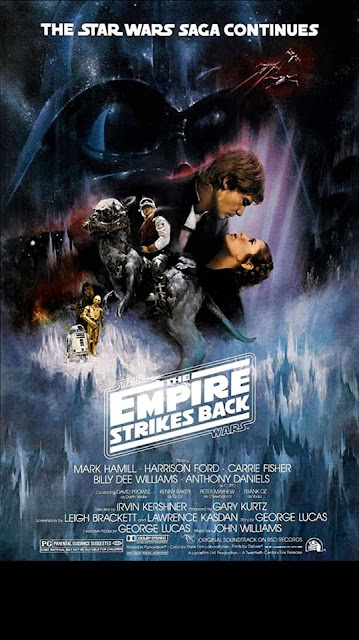 “IF YOU ONLY KNEW THE POWER OF THE DARK SIDE!” - Darth Vader

Forty years ago audiences around the world returned to George Lucas’s galaxy far, far away in the second entry of his space opera known as STAR WARS. Not only did the sequel meet everyone’s expectations, it also exceeded them. I, like most in my generation, grew up with the original trilogy on VHS. I owned the movies but didn’t really start to become a fan of them until the special editions came out (more on those later).

Lucas literally bet the farm by financing this installment himself with profits from the first film, merchandising, and bank loans. Three months after its release he recovered his entire investment of $33 million. To thank those who worked so hard to make this film more epic in scale than the previous installment, he gave out $5 million worth of bonuses.

Because he knew he’d be too busy with producer’s duties and financing the film, Lucas hired Irvin Kershner to direct after seeing the job he’d done with 1976’s THE RETURN OF A MAN CALLED HORSE, a sequel that went beyond its 1970 predecessor. Kershner was a veteran filmmaker who had never done a sci-fi or fantasy epic. Because of this, he was reluctant to take the job initially until he was convinced by Lucas that this film was to focus more on character development. I personally think that this worked out for the better. Judging by the quality of the prequel films, which I like, I feel Lucas is a better visionary idea man than a director. 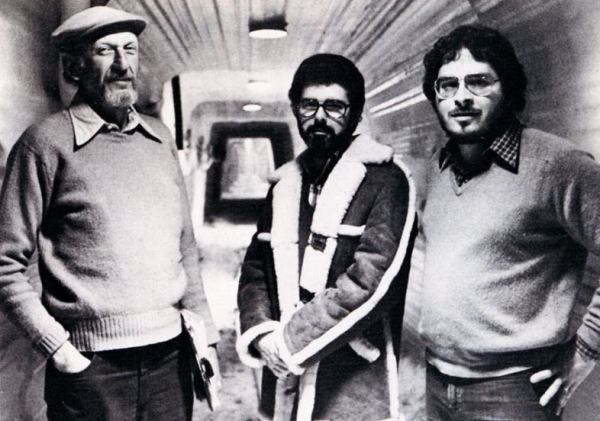 Lawrence Kasdan was brought on to rewrite an initial script by movie legend Leigh Brackett after her untimely passing one month after it was completed. He worked closely with Kershner and Lucas on dialogue and the film is all the better for it. One year later he provided more excellent dialogue in Lucas’s next project with director Steven Spielberg, RAIDERS OF THE LOST ARK. I only wish he had worked on the prequel trilogy. The dialogue of those films is supposed to be almost Shakespearian, but I feel the scripts could’ve used a bit more polishing.

A new character to the franchise, the ancient Jedi master Yoda, was a sophisticated puppet designed by Stuart Freeborn. He modeled Yoda’s face after his own and Albert Einstein’s. Frank Oz, known for providing his talents to Jim Henson’s Muppets, voiced the character while a small team operated the puppet’s eyes and ears. The result I feel is much more believable than the CGI Yoda in the latter two prequels. For those films, the crew should’ve used a puppet for the close up scenes and CGI for the distant shots like they did in THE PHANTOM MENACE.

The famous reveal of Luke’s true parentage was kept under wraps, known only to Lucas and Kershner. A false page had been written into the script with the line “Obi-Wan killed your father”. Mark Hamill was told the truth right before filming the scene and reacted accordingly, all while Darth Vader actor David Prowse spoke the line as written. Voice of Vader James Earl Jones refused to believe it when he recorded the famous line “I am your father”. I honestly have no memory of my reaction to this moment, my early memories of the original trilogy are a blur. But I’ve seen YouTube videos that prove that this reveal is still effective on kids.

Not enough words can be said about the magnificent Oscar nominated score composed by John Williams and once again performed by the London Symphony Orchestra. What he brought to this installment built upon his established themes from the first film by embellishing them and introducing new ones like the fan-favorite “Imperial March”.

As I mentioned earlier, I didn’t really start to get into Star Wars until the special editions of the films were released in theaters in early 1997. I only saw the first two films at the local dollar theater but later received the VHS box set for Christmas that year. After seeing even more changes to the films made for the 2004 DVD release, which was a big marketing push for the third prequel releasing that next year, here are the ones I like most for EMPIRE:
1. Ian McDiarmid reprising the role of the Emperor as he would appear in REVENGE OF THE SITH.
He originally portrayed him RETURN OF THE JEDI in 1983 and has since been a key player in the prequel films. Before this change however, a woman named Elaine Baker wore pale green makeup and had chimpanzee eyes superimposed over hers while Clive Revill provided the voice.

2. The digital enhancements and aerial shots added to Cloud City.
Originally the interior shots were sort of claustrophobic and the Millennium Falcon’s arrival to the city was very brief.

3. Various other changes made to the overall appearance of the film to make the visual effects look less antiquated.
A couple of years ago I found a VHS box set of the original trilogy at a flea market for a decent price. 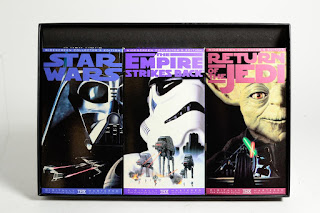 It is the 1995 THX digitally mastered version with the faces of Darth Vader, a stormtrooper, and Yoda on the box sleeves for STAR WARS, THE EMPIRE STRIKES BACK, and RETURN OF THE JEDI respectively. It was the final release of the trilogy in its original form before the Special Edition came out two years later. I’m glad that I own these tapes and that they’re still in good shape. Every now and then it’s nice to pop them in the old VCR to experience once again the original vision of the Star Wars trilogy.