The Goonies - A Look Back By Douglas Meacham 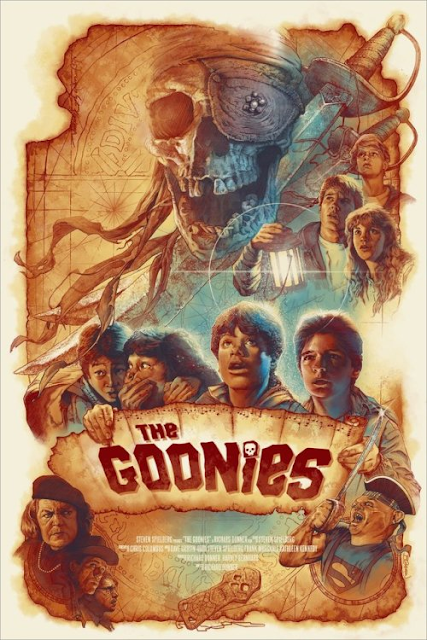 
Next month will be the 35th anniversary of the release of this childhood and pop culture favorite.  Douglas Meacham takes a look back at this 80's classic

Steven Spielberg wrote a story about a group of kids from the “Goon Docks” neighborhood of Astoria who embark on a treasure hunt to save their homes from developing into an elitist golf course. During their adventure they encounter a family of murderous criminals, booty traps (I mean booby traps), and a long lost pirate ship that was once captained by the famous One-Eyed Willy. Spielberg also served as an executive producer, future HOME ALONE director Chris Columbus wrote the screenplay, and SUPERMAN director Richard Donner led the project.

The entire production took five months, two-and-a-half of which were spent on the construction of the 105 ft. pirate galleon “The Inferno”, which was modelled after the ship from the Errol Flynn classic THE SEA HAWK.
It was constructed and the scene shot on sound-stage 16 at Warner Bros. studios, the second largest in Hollywood at the time. The child cast was kept from seeing the ship until the scene was shot for the first time so that their reactions to it would be genuine.

Richard Donner said:
"The day we were going to film them first seeing it we backed them all into the water and set the cameras. On 'action' they knew what they were going to see, but they didn't know what it was going to look like."

In later interviews, Corey Feldman said he actually did see it before they shot that scene along with someone else he won't mention.  Incidentally, did you know Richard Donner made a cameo as one of the Deputies to find the Goonies on the beach at the end of the movie (he's the one on the right).

After production, some of the rigging was recycled for the Pirates of the Caribbean ship that was undergoing renovation at Disneyland at the time.

John Matuszak, the actor who portrayed the deformed giant Sloth, had to endure five hours in the make-up chair at a time to complete his transformation. One of his eyes (which was out of place on the face) was mechanically operated off-screen by remote control. Someone would count down, and Matuszak would blink his other eye in synchronization. The cast was told not to get him wet in scenes outside of the pirate ship. Unfortunately he did get wet, which delayed filming for an entire day.

Matuszak was an NFL defensive linesman playing for the Oakland Raiders until 1981. While The Goonies was his most famous roles, he popped up in a few other 80s movies including the John Cusack / Demi Moore classic One Crazy Summer.
On June 7, 2010, in honor of the film’s 25th anniversary, “Goonies Day” was declared by the mayor of Astoria. Unfortunately this was after I visited the city in the mid-2000’s to fill a position on a boat for a few days at a previous job. Some day I’d love to go back and do some film location sightseeing.

On Monday April 27th, the actor who provided the voice of animated FROZEN character Olaf, Josh Gad, hosted an online Zoom reunion with many of the cast members as well as Spielberg, Donner, and Columbus. It was a riot to watch and I encourage any fan of the film to search for Gad’s show “Reunited Apart” on YouTube. 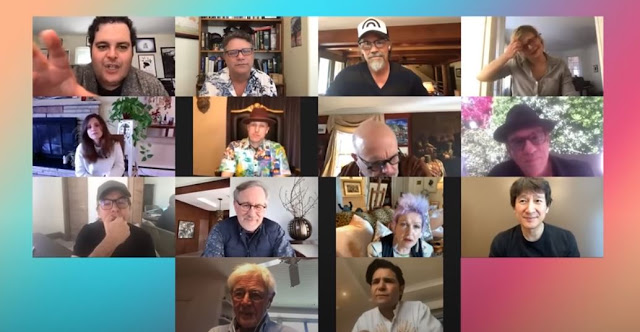