A Look Back At The Christmas Movie Classic, Home Alone by Douglas Meacham 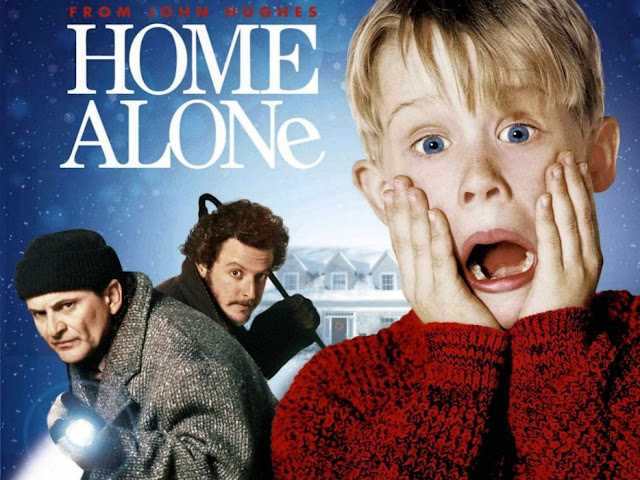 HOME ALONE
“I MADE MY FAMILY DISAPPEAR!” - Kevin

U.S. Release Date: November 16, 1990
Starring: Macaulay Culkin, Joe Pesci, Daniel Stern
Music by: John Williams
Directed by: Chris Columbus
Last month saw the 30th anniversary of one of the highest grossing comedies of all time. Little eight-year-old Kevin is left behind to defend his home from burglars after his family hastily flies to Paris without him.

John Hughes got the idea for the script while working on his previous film UNCLE BUCK with John Candy and Macaulay Culkin. Hughes loved Culkin’s performance so much that he wrote the part of Kevin for him, though he’d only be cast after hundreds of other kids auditioned first, including the actor who would play Kelvin’s brother Buzz.
Hughes chose Chris Columbus to direct after backing out of his previous project, CHRISTMAS VACATION, due to clashing with its star Chevy Chase. Hughes wanted to give Columbus another shot because of his love for Christmas. Columbus had previously written the script for GREMLINS, so he knew his way around the holiday. This gave him the privilege to tweak Hughes’s script for this film to make it more "Christmasy." 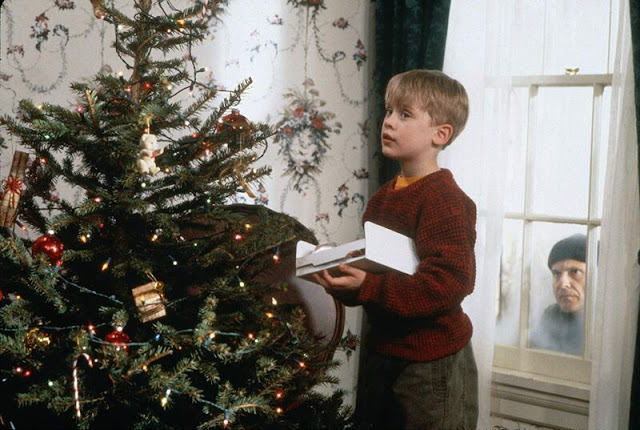 Tough guy gangster actor Joe Pesci was cast to play the burglar Harry because Columbus was a fan of the film RAGING BULL, Pesci’s first collaboration with Robert De Niro. He worked on this film around the same time as working on GOODFELLAS, for which he won an Oscar. But because this was a family film, Pesci was forced to forego his trademark profanity in favor of an angry gibberish he came up with.
Daniel Stern was brought on to play Harry’s counterpart Marv after a previous actor dropped out due to poor chemistry with Pesci. Stern and Pesci had worked together on a previous film and their comedic timing was gold.
The interior house sets were built in the gym of a high school used for previous Hughes’ films UNCLE BUCK and FERRIS BUELLER’S DAY OFF. The Murphy house set seen towards the end of the film was built in the school’s empty swimming pool, which proved useful for depicting a flooded basement.
After Bruce Broughton dropped out of composing the score for contractual reasons, Columbus jokingly suggested John Williams to take over, never believing he’d actually do it. But after Williams saw a rough cut of the film over at Spielberg’s Amblin Entertainment, he loved it so much that he signed on. And I believe it’s one of the reasons why the film was so successful. I had the privilege of seeing it in concert two years ago with the Boston Pops and they reinforced this belief. The score and original song ‘Somewhere In My Memory’ both earned Oscar nominations. And with these, John Williams became the most nominated living person in history. For those who listen to podcasts, seek out The Baton: A John Williams Musical Journey. Jeff Commings does an excellent job of analyzing the music.
I did not get a chance to this in theaters. I almost did with my aunt and cousin, but after arriving at the theater and seeing a very long line, we saw WHITE FANG instead. And to illustrate even more how successful this film was, this incident happened in January.
For those who, like me, enjoy behind-the-scenes trivia, I recommend watching the HOME ALONE episode of The Movies That Made Us on Netflix. It served as an excellent source for this review.
Douglas Meacham
Douglas is a HUGE movie fan and has a very insightful movie group on Facebook called, Meacham's Movie Madness. Douglas is also a Patreon of The Bearded Trio and a very valuable supporter of the site.