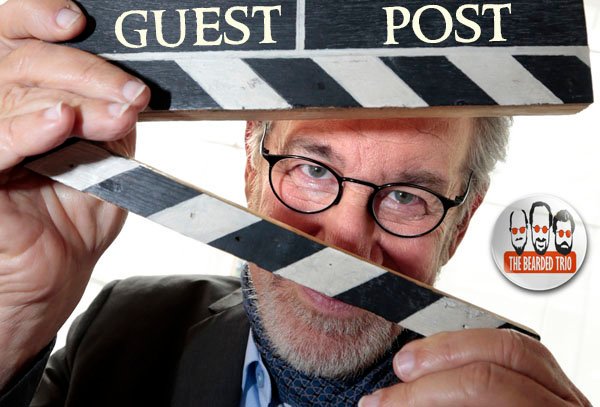 We are always looking for guest posts from fans as we a genuine fan site run by fans. We want to give an opportunity for fans to show their passion. So the post could be about a particular Spielberg movie a soundtrack by John Williams or even a Lucasarts title.

We like to consider ourselves as a relaxed site so there’s no restrictions such as deadlines but we do ask to try and make the article a minimum of 400 words.  Also, we would prefer no bad language as we like to think we’re a family-friendly site.  We try to avoid negativity as we are a site to celebrate their work so prequel bashing is a no.  Finally, we can only except original content, so if you've already posted the article on another site, unfortunately we won't be able to post it.

We encourage a punchy title to the article as this helps with Google SEO.  So having the word Star Wars in the title if it's about that galaxy far, far away helps with the likes of Apple News picking it up for example.  Don't make the title too long though as this has the opposite effect.  We also like a sub title for the main body as again this helps with SEO.  We can help you with this if you prefer.

If you have any photos that you want to include with the article, feel free to send them across too and we can embed videos too from YouTube, Vimeo and other streaming sites.

Once published we will of course post on all our social media pages to get the word out.

That’s about it really. You can contact me via email rob@thebeardedtrio.com if you want to send across a doc file for example. We encourage that if you do write a post to include a small bio about yourself and feel free to include any urls etc for plugging.

Thanks again for your interest. We absolutely love getting guest posts.  Let me know if you have any other questions.  Still interested?  You can email Rob here for more information or to chat further.

Here are a few examples of previous guest posts:

The Indiana Jones Films and Life - A Guest Post By Brad Monastiere
THE POST: A TIMELESS TALE OF FREEDOM. A Guest Post By Kevin De La Cruz
Mark Hamill in Southend-on-Sea
How many Spielberg signature shots are hidden in his first 35mm film?
Celebrating 40 Years of The Making of ‘The Empire Strikes Back!’ Guest Post by Justin Berger
Steven Spielberg’s Always: 30 Years later