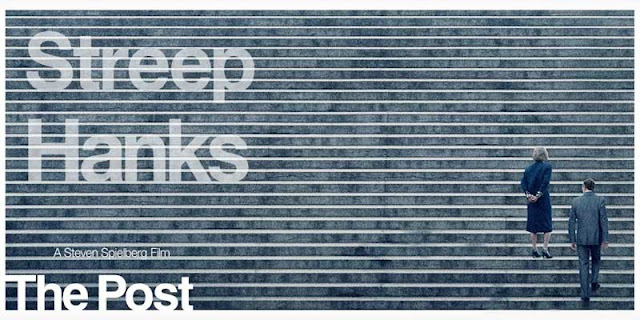 Over the last 5 to 8 years, the films directed by Steven Spielberg have shown his growth not only as a filmmaker, but mostly as a storyteller. He has matured for the most of it as seen in War Horse (2011), Lincoln (2012), and Bridge of Spies (2015) although he has retained his childlike wonder for films such as The Adventures of Tintin (2011), The BFG (2016), and recently Ready Player One (2018). As an avid fan of Spielberg this kind of sudden change for more serious filmmaking was something I wasn’t very fond of. I wanted the old Spielberg, more blockbusters which equalled more fun. But fun not always comes from blockbusters, it can also come from a serious drama about freedom of speech and fight against injustice. I’m talking about The Post (2017). A film that when I saw it at the theater it kind of lost me along the way because I found it slow paced and uninteresting. I even fell asleep in one portion of the film... But as I’ve rewatched it this year it has grown on me and I’ve appreciated it more. I consider it my favorite film of the more serious Spielberg. Because the film has two strong lead characters played by Tom Hanks and Meryl Streep that elevate the film to another level and the film greatly encaptures an important moment in US history in the freedom of speech.

In this film, Tom Hanks plays Benjamin “Ben” Bradlee, who was the executive director of The Washington Post from 1968 to 1991. Here we see a different role for Hanks because usually most of his past roles have been mostly of a likeable guy. In The Post he delivers a different performance, more serious and gritty. His chemistry with Meryl Streep is so spot on that every scene that they have together you can tell they had lots of fun making the film. And speaking of Streep, here she takes center stage to do everything she can for the Pentagon Papers to be published. It’s her story and her arc changes thoroughly from starting out as a mild insecure woman to a strong and firm one. Knowing this I can say that The Post is a drama filled with well defined characters that can take the story to interesting and different paths. Same can be said with the character of Daniel Ellsberg played by Matthew Rhys who in the film steals the Pentagon Papers. He has a very unique voice on the film, that I’d liked if it had gotten explored more. In fact, it would of been amazing if he was the lead in the film, because I saw a different type of conflict with the burden of his action. But nonetheless is also a well defined character. 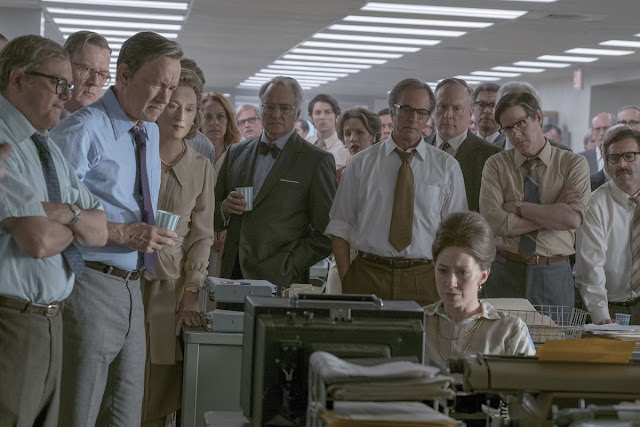 The act of fighting for the publishment of the Pentagon Papers is filled with on the spot plot points like starting with the beautifully crafted opening sequence of the Vietnam War (Steven, please make a Vietnam war film or series!) and also the bouncing of information from the Post and The New York Times which immerses the audience. We also get great character moments like the sequence where the Post’s workers organize the Pentagon Papers in Bradlee’s house. This sequence is funny and as always in it Spielberg proves he’s one of the best, if not the best film director in blocking actors.

The most important thing that we can get from this film is that freedom of speech should never be censored or prohibited. Even though the US has lived in a Democracy for the most part, the nation shouldn’t be lied to. Because those men, those boys that were sent to fight in an unwinnable war mattered. The people shouldn’t be afraid of the government, the government should be afraid of the people. Because when people unite and fight against corruption and injustice in a country (like it how it happened recently in my country of Puerto Rico, where the people made the governor quit) nothing can stop them from achieving their goal. In the end the truth mostly wins.

BIO
Kevin De La Cruz is an independent film director from Caguas, Puerto Rico. A massive Steven Spielberg & George Lucas fan. About to start his final semester in college, for a bachelors in Film Production. Kevin’s favorite genre is action adventure, with Jurassic Park being his favorite film of all time. He also enjoys making art pieces and skateboarding. Besides directing short films, he has worked on TV commercials, music videos and films as a Production Assistant on Puerto Rico’s film industry.