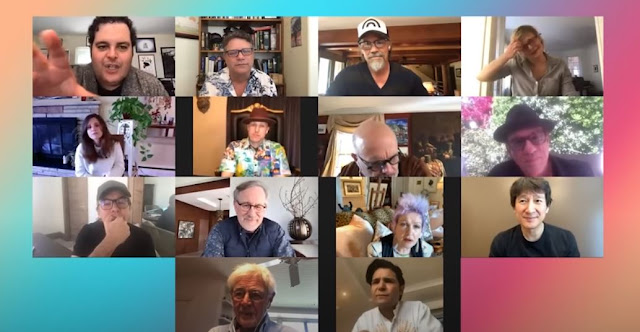 Actor, Josh Gad has released "Reunited Apart" on his YouTube channel.  It's a new series and in the first episode Josh talks about The Goonies and calls some of the cast including Sean Austin.  He asks Sean if he could help him to track down some of the cast for a reunion.  In return Sean asks for something (not the truffle shuffle) but a little Olof from Frozen who Josh Gad voiced.  After he obliges we are treated to the cast of The Goonies in one big Zoom chat.  We get to see some of the cast reenact their scenes from the movie.  Chris Columbus said he thinks they are actually better now. 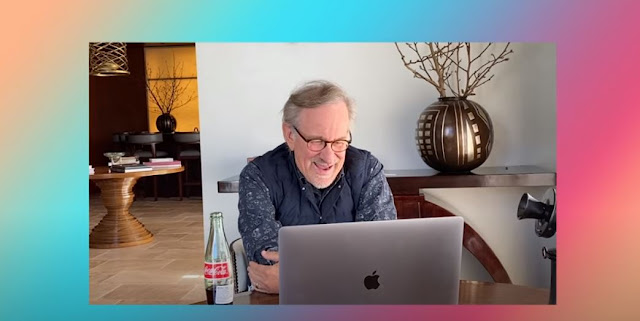 Also making an appearance was Steven Spielberg who joins in with the words "HEY YOU GUYS!"  Josh asks Steven if he has any stand out memories from the making of the movie.  Steven explains how Richard Donner was looking forward to getting away from the set and the kids.  To enjoy some peace and quiet.  So Steven sends all the kid to Richard's house so when he turned up at his house, he walked in and saw the kids all there.  A funny moment.

Cyndi Lauper reveals that Clint Eastwood visited the set and of course Harrison Ford.  She also gives a rendition of Girls Just Want To Have Fun to which the cast join in.  Cover your ears...You have been warned!