The Goonies Set With The Epic Galleon, 'The Inferno.'

Today's photo of the day comes from 'The Goonies.'  The Galleon of 'One-Eyed Willy' named 'The Inferno.' There is no green screen here just a huge set and the result of many hours work from skilled men and women.  In the photo we see the ship being prepared for the amazing reveal in the movie which was shot on sound stage 16 in Burbank, California.  The second largest in Hollywood at the time.  Actual construction took two and a half months and took inspiration from the Errol Flynn classic, 'The Sea Hawk.' 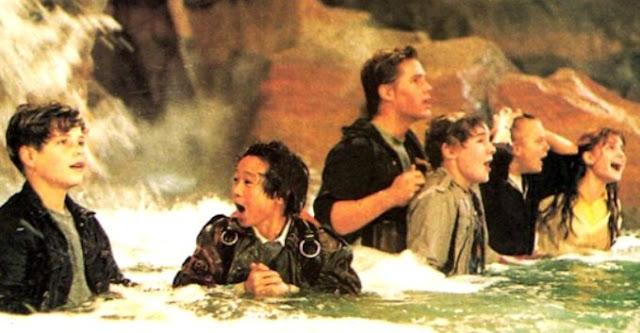 Director, Richard Donner decided to keep the whole thing a secret from the child actors who made up 'The Goonies.'  He wanted to capture their reaction the first time they laid eyes on the impressive ship.  What you see in the final scene is their genuine amazement at the ship.  Donner said:

"The day we were going to film them first seeing it we backed them all into the water and set the cameras. On 'action' they knew what they were going to see, but they didn't know what it was going to look like."

Josh Brolin said he wanted to laugh but his jaw was down to his knees the first time he saw the ship.  Martha Plimpton said she almost started crying and Sean Austin said:

"my mouth dropped open.  The whole adventure we had gone through had a happy ending - The Ship!" Incidentally, the huge water slide you see in the scene just before the pirate ship reveal was a fully functioning slide from the Langford Surf Coaster Corporation and Richard Donner once revealed that he and the crew would sneak off and have a go after a busy day of filming. 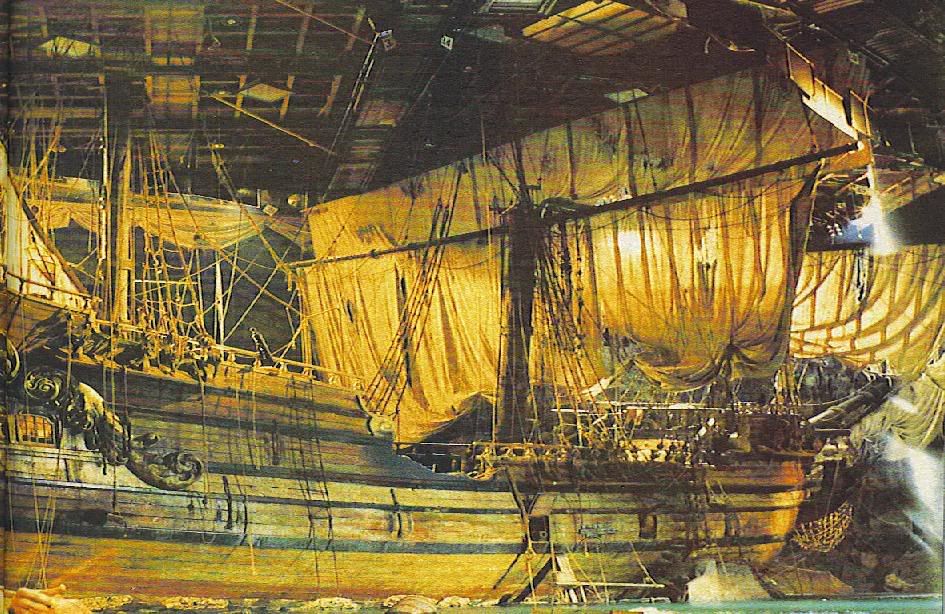 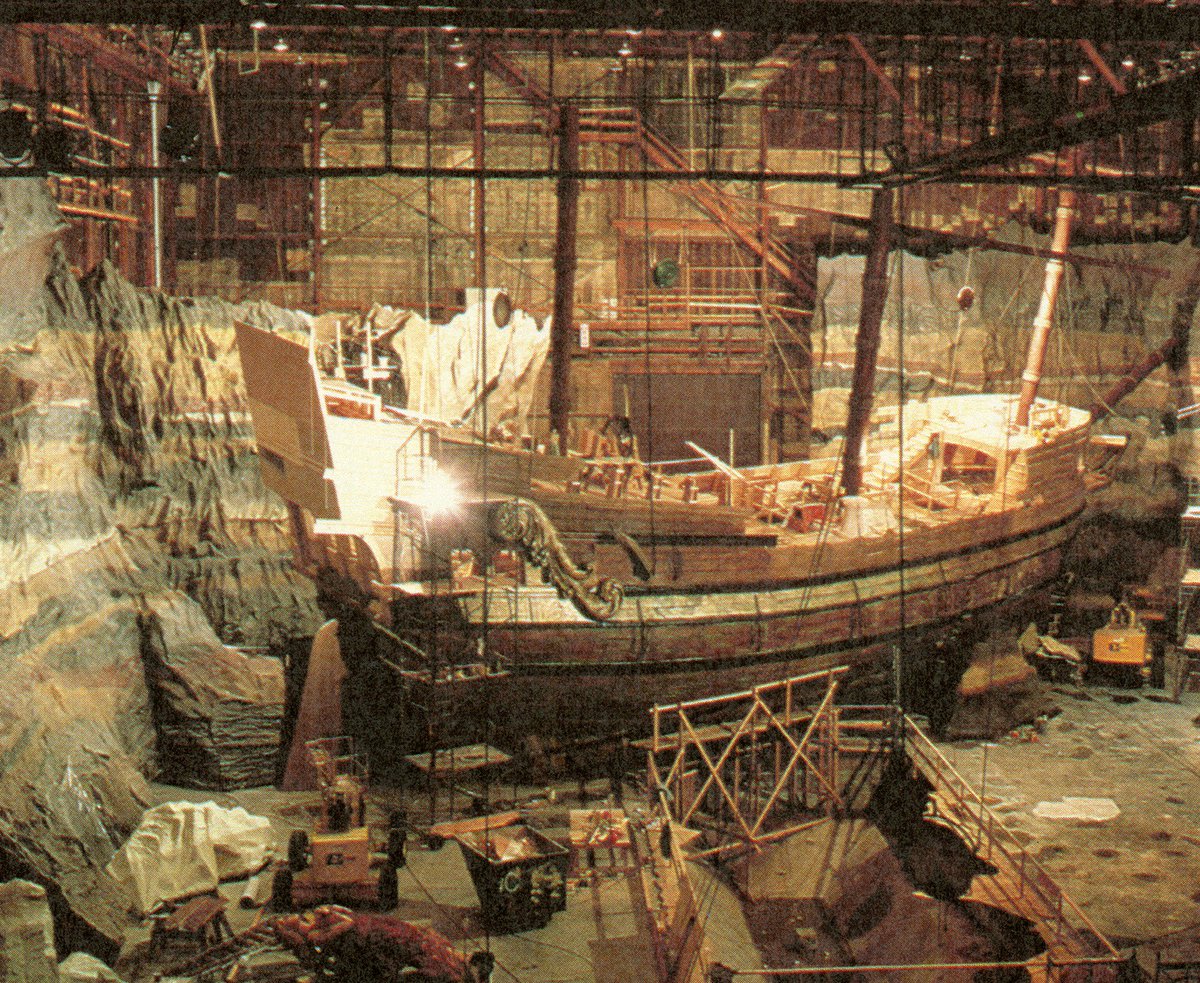