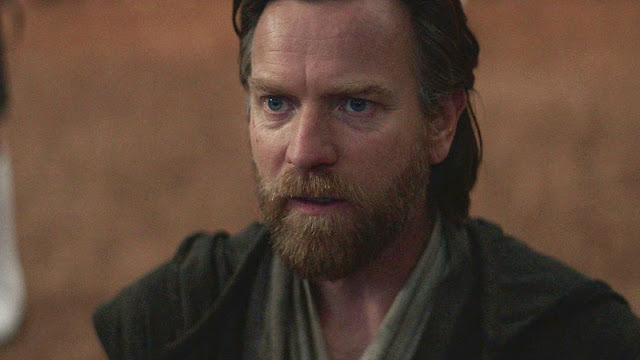 My grandmother was fond of saying "the older you get, the faster time goes by." To her point, we are already just a few days away from the end of Star Wars: Obi-Wan Kenobi, the limited series currently streaming on Disney Plus.
Part V set the stage for the finale, with Obi-Wan, Leia and the small Rebel cell led by Roken (O'Shea Jackson, Jr.) escaping Darth Vader and the Inquisitors. There are a multitude of potential storylines playing out in potentially many different ways in next week's finale.
And that's exactly one of the things I am enjoying most about this series. We know what we know - Obi-Wan, Darth Vader, Owen and Leia all survive, obviously. But it's the question of "how" that intrigues me. It was the same dynamic as the Prequel Trilogy. We pretty much know the who and the what. It was the how that was endlessly compelling to me.

There has been a lot of loud discourse around this series. Which is not a surprise to anyone who has paid attention to fandom in the Internet era. There is a bucket of criticism easily dismissed, like the prevailing criticism surrounding actress Moses Ingram and her portrayal of Reva. However, many others are leveling other critiques at the show, from settings to characterizations to music to time spent with various characters.
I have detected one common element in the latter of those two buckets of criticism - they seem to be generally centered around people's pre-determined expectations of the show. I wrote about this before the show aired, which you can read here.
The story of Obi-Wan Kenobi between Revenge of the Sith and A New Hope is the one I have deeply wanted to see told, in one form or another, for decades. It's human nature to develop certain expectations foe what you want to see happen when thinking about a project as-yet undone. My excitement level was through-the-roof when Ewan McGregor confirmed he was returning to Obi-Wan Kenobi, the character, back in August 2019.
Since then, I have worked within myself to remove any pre-conceived expectations I had for what the show Obi-Wan Kenobi would deliver. As human beings, we develop our own ideas about how certain things should be in the world. Some of us have the ability to influence how we want those things to be through our words or actions. In the case of a Star Wars project, a very select few people have that ability. The rest of us, the audience, are left to take in that product. We didn't write it, we didn't act in it, we didn't produce it, we didn't direct it.
Those people who did write, act, produce and direct the show are not "us," the aforementioned audience. Those producers had their ideas for what the show would be and what issues it addressed within that universe. Human beings are unique from one another in that - hopefully - no two of us have identical thought patterns about how we think something should happen. Human beings also have an hard-wired reluctance to acknowledge when we have misread something or might be wrong about something. It is not in our nature to think along those lines on a default basis. So, to me, the exercise of taking one's own internal expectations and projecting it onto others is a process that inevitably leads to a misalignment of those ideas from an audience member to the creators. 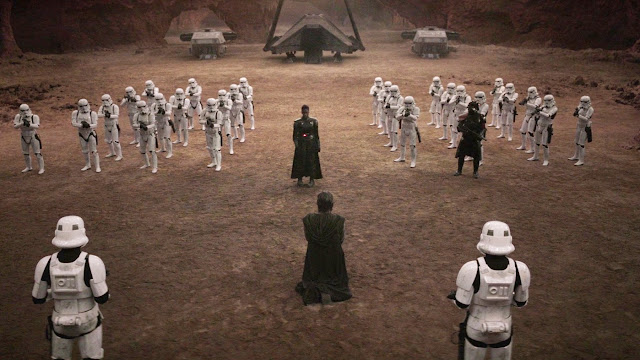 As I see the world today, there are enough things to be stressed out over and bothered by. Star Wars has always been my distraction from the real world. So why would I willingly introduce elements into that comfortable head space that would - by a high percentage - inevitably lead to disappointment? One of those primary elements is pre-conceived expectations.
I consume Star Wars - books, games, films, shows - as if I was a history student within that galaxy far, far away, and the history of the galaxy were being revealed to me, one bit at a time. For a long time, George Lucas was my history teacher. But he retired, and now his teaching job is in the capable hands of talented people like Dave Filoni, Deborah Chow, Jon Favreau, Rick Famuyiwa and many others. As a history student, it is outside of my realm to project expectations upon events that have already happened. I simply consume the bits of history as they are revealed to me.

That's how I watch Star Wars. Maybe my way isn't for you, and that is completely legitimate. I suspect my way of consuming Star Wars is fairly unique and rare. But it is how I extract the most enjoyment out of all of the content that has been released to us, the audience. And enjoyment ought to be the first emotion the experience of Star Wars elicits from me.
I can honestly say I have enjoyed every minute of Obi-Wan Kenobi. I believe part of that enjoyment came from letting go of all of my expectations for the show. I can't believe the show is already coming to an end. I wish it wasn't. It feels like it has gone by so fast. But it's just like my grandmother said about age and time. I'll be sure to soak in the upcoming finale, grandma. Wish you were here with me to enjoy it.
Brad Monastiere
I live in Michigan and have been an unconditional fan of Star Wars and Indiana Jones for decades. Follow me on twitter @bmonastiere
The Bearded Trio - The Site For Steven Spielberg, George Lucas, John Williams and a whole lot more.