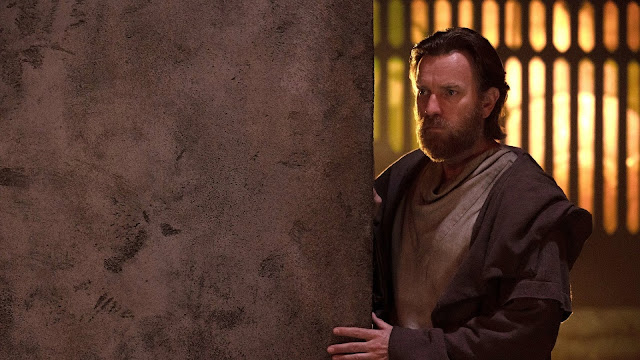 One of my favorite "bumper sticker" sayings is that conflict in relationships almost always results from expectations not being met by one side or the other.
I like that line of thinking because it can apply to almost any kind of relationship. As it pertains to this post, I am thinking about the relationship between fans of an Intellectual Property (IP) and the IP itself. I am thinking of this in relation to the premier of Star Wars: Obi-Wan Kenobi, which is just one week from today.
The story of Obi-Wan Kenobi between Revenge of the Sith and A New Hope is the one as-yet untold Star Wars story I most want to see told, and it's the one I most would want to take a crack at as a writer. The story of a Jedi who reached the greatest heights of his craft, only to suffer a failure of galactic consequences. And to make it worse, he has to live with the guilt of his failure for another 20 years.
Ah, there it is. You see it? Me laying out my own expectations for this show, and therein lies the problem. And it's not a new or unique problem, either. I would argue the concept of expectations has loomed over the Star Wars IP for a generation.

As a survivor of the brutal message board wars of the early 2000s - mostly at TheForce.Net, I saw how the release of the prequel trilogy mixed in with fan reactions. On that board, fans generally fell into one of two categories: gushers (loved Ep. 1-2-3) and bashers (hated Ep. 1-2-3). I recall thread topics like "Yoda living on Coruscant is WRONG" and "Bail knew...bastard"
The most toxic night I can recall on those boards was January 2, 2002. That night, rumors of N'Sync appearing in Attack of the Clones hit full force, and people were pissed. One thread after another got started and deleted because of the language and attacks happening faster than anyone could hit F5 on their keyboard.
The issue of the Star Wars fan base getting divided is certainly not new, and has evolved quite a bit in the past 10 years since Disney purchased Lucasfilm. I always ask myself why that is. Why do people get this upset at the release of something new, relative to what they expected?

Nostalgia is a powerful word, one that has few ingredients besides emotion. For many in my generation, we counted on the prequel trilogy to elicit the same feelings in us the original trilogy did. That's how nostalgia works. We return to something new in hopes it will help us feel something old.
But one thing gets in the way of all this: Father Time. I realized consuming the prequel trilogy would not have the same impact on 26, 29 and 32-year-old me as the original trilogy had on 4, 7 and 10-year-old me. And I would certainly hope I changed as a person in the 16 years between Return of the Jedi and The Phantom Menace. I took that change into consideration going into the prequel trilogy, and the funny thing now is, I feel nostalgic for that prequel era, those 10 years between 1995 and 2005. The upcoming Obi-Wan show is only adding to that feeling for me.
Projecting one's own expectations onto a movie/show/musical artist carries inherent risks. We are not in the mind of the creator. We don't know their thoughts and avenues through their creative process.  While I loved everything George did with the prequels, I realize not everyone did. So how do I prevent myself from falling into a similar trap of bitterness and disappointment? 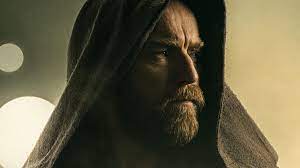 I still sit in a degree of disbelief that the Obi-Wan show is a reality. Even though we've seen two trailers and an extensive press tour, the show is really happening. But I am trying to get myself squarely in a head space where I simply accept the story as it is presented to me, then fit it into the greater Star Wars mythology.
I will be here each of the next five weeks with recaps of all six episodes, starting with the double feature on May 27. As much as I hope my expectations are met, my greater achievement will be snuggling up to the warmth of nostalgia while dispensing with all of my expectations at the same time.
Brad Monastiere
I live in Michigan and have been an unconditional fan of Star Wars and Indiana Jones for decades. Follow me on twitter @bmonastiere
The Bearded Trio - The Site For Steven Spielberg, George Lucas, John Williams and a whole lot more.