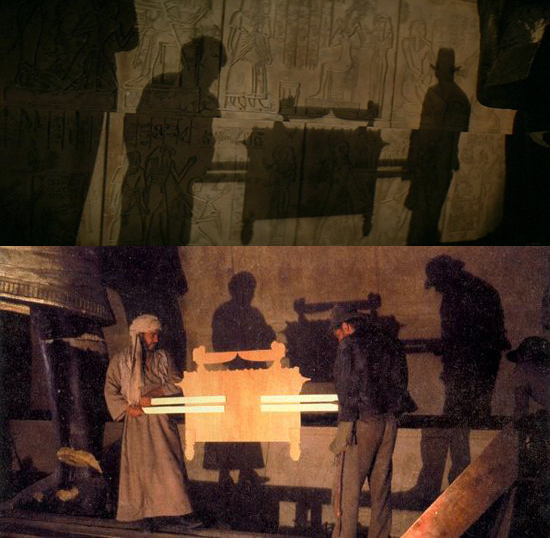 Douglas Slocombe And His Special Skills
We often say how much of a genius John Williams is for the epic music he creates, or the directing talents of Steven Spielberg but movies that become classics are a collaboration of talented people at the peak of their skills and careers.   When you celebrate a movie franchise such as Indiana Jones which marks its 40th anniversary this year, we should thank the whole of the cast for the movies that we enjoy and here at The Bearded Trio we do thank them.  However, there should be a time when we pin-point particular talents that made the Indiana Jones movies unique in look, sound and feel.  Douglas Slocombe is one of those people that should be mentioned.  The look of the Indy movies is thanks to the talents of this lighting wizard.
Slocombe, one of the best cinematographers of all time definitely put his stamp on Raiders of the Lost Ark, Temple of Doom and Last Crusade as Director of Photography.  The look of Raiders was a nod to the 1930's Saturday morning serial dramas that Slocombe wanted to replicate in the movie and also use of shadows and silhouettes.  You can see in the photo above, the simple trick of using a cut out of the ark and using clever light techniques to give what has now become an iconic scene from the movie.
In fact we see the use of silhouettes throughout the movie.  Who can forget that beautiful digging scene where Indiana Jones isn't the main character but our own sun?  It produces another iconic scene from Raiders of the Lost Ark.

The image of Indiana Jones, even early on in the movie has become so recognisable that just his shadow is enough for an entrance.

The most impressive thing about all these wonderful shots is Douglas Slocombe never used a light meter.  And, don't think shadows and silhouettes  was his only signature.  According to the Internet Encyclopedia of Cinematographers, Slocombe was not identifiable by a signature style like the other great lensers — “The features he shot are united only in their adaptive commitment to finding each project’s ideal visual language.”
One thing that surprised Slocombe on the set of Raiders of the Lost Ark was the pace of the filming and Steven Spielberg's eagerness to push hard during the shoot.  After working together briefly in Bombay, India for the special edition of Close Encounters of the Third Kind, they teamed up again for the first Indy movie.  Slocombe remembers the partnership and the anticipation of having "lots of time, I thought.  Well, this is wonderful - Steven Spielberg - here is my chance to do a picture as with David Lean, who goes for almost forever and always gets the most magnificent results.  But of course, not so." recalls Slocombe.
Slocombe had an accident while on the set of Raiders, he was burned by an fx bee smoker while filming the Raven saloon scene.  But despite this, Steven Spielberg and Paramount were happy that the last progress report for Raiders showed the shooting had come in 15 days early and Spielberg was quick to note certain people who helped that happen, Douglas Slocombe was one of those people.  "I think Dougie Slocombe and David Tomblin are major contributors because David's pushed us as I've pushed.  And Dougie has never shot a film this fast in his entire life - he's not only doing a very fast job but he's photographing probably one of the prettiest movies ever." Steven recalled. 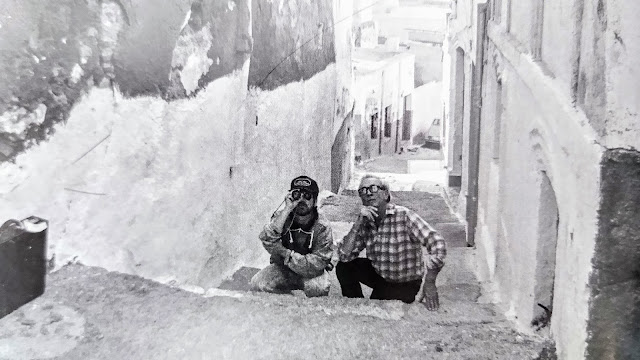 And the praise didn't stop with Raiders of the Lost Ark.  Steven Spielberg recalls witnessing the skill of Douglas Slocombe while filming Indiana Jones and the Temple of Doom.  "I witnessed Dougie's skill one day...When he was shooting little children, filthy and dirty digging for the lost Sankara stone in the huge quarry cavern with very bizarre lighting.  There were lights hidden under the rocks shining up at their faces, lights out of little holes in the walls just giving them enough face light to accentuate their pathos.  The very next day he shot the love tease and lit Kate Capshaw as James Wong Howe might have lit Marlene Dietrich.  That to me is skill."
The Indiana Jones movies will go down in history as some of the finest examples of adventure movies on the big screen in the history of Hollywood.  This is not down to one actor or director but a cast of talented people.  George Lucas summed it up best back in 1990.  "We had an extraordinarily talented group of people...From Dougie in the camera crew, and Ben Burtt in sound effects, to the art department.  Michael Kahn is of the most brilliant editors around.  And, obviously, Johnny Williams.  It just goes on and on.  It's always a thrill to see Harrison in that outfit.  He becomes the character!"  Steven Spielberg also praised the ensemble of talent that brought the movies together.  "I've enjoyed making the films because they are all about the craft and collaboration.  They've relied on the best that all the departments could give."
Douglas Slocombe was definitely the best at the time and gave his best at all times.  The movie's unique look and feel is what we get to enjoy 40 years later.  Indiana Jones and the Last Crusade was Slocombe's last movie and died in 2016 aged 103.  For me, the feel of the Indiana Jones movies, in particular the way they look is one of their strongest assets and we have to thank Douglas Slocombe for that.
To read about more talent that contributed to the world of Indiana Jones, read Brad's post on sound genius, Ben Burtt.
The Bearded Trio - The Site For Steven Spielberg, George Lucas, John Williams and a whole lot more.