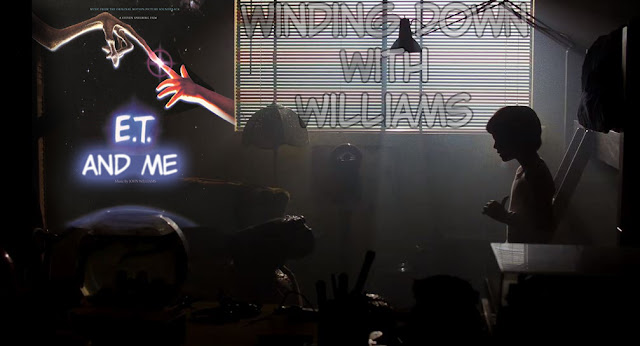 "...And this is Lando Calrissian and this is Boba Fett...And look, they can even have wars."  - Elliott showing his Star Wars figures to E.T.

My second recommendation for a piece of John Williams music to wind down to, I have chosen "E.T. and Me" from the original release of E.T. The Extra-Terrestrial, track number three.

This serene piece has the relaxing harp as the primary focus for the first part and has a dream-like, almost mystical feel to the piece that portrays love and trust between friends.  At 2'04, the harp is accompanied by the full orchestra to change the tone and bring home the feeling of friendship and a sibling love theme.
I have an affection for this piece of music from E.T. The Extra-Terrestrial.  The scene shows Elliott showing his new friend his toys such as his Star Wars figures and placing a toy shark in a fish bowl to show the basics of the food chain, "fish eat the fish food, the shark eats the fish and nobody eats the shark."  This piece of music brings back many memories of myself playing with my Star Wars toys in my bedroom back in 1982 and making my own adventures up.  Often, I would listen to John Williams soundtracks to elevate my imagination and this piece was one of them.  All these years later, it still has the same effect and because of that it makes me feel warm inside.  A perfect piece to unwind to.
Rob Wainfur
In the first of Winding Down With Williams I recommended Fawkes the Phoenix from Harry Potter and Chamber of Secrets.  You can read why I recommended this piece by clicking on the picture below: 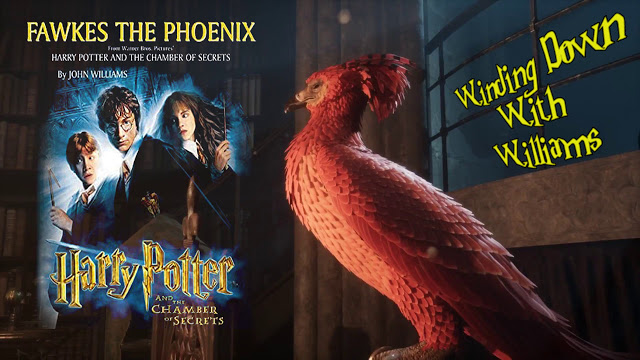 You can also listen to more John Williams music to unwind to from our Winding Down With Williams Playlist on Spotify.
The Bearded Trio - The Site For Steven Spielberg, George Lucas, John Williams and a whole lot more.