John Williams War of the Worlds To Get New Intrada Treatment. Here's Why You Should Give This Soundtrack A Chance 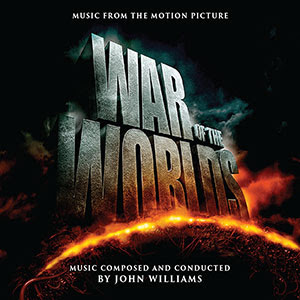 I am a fan of scary scores.  -- Steven Spielberg

A few days ago I started a new feature on The Bearded Trio where I recommend pieces of music from the great John Williams which will help you to unwind, to relax and to feel warm and happy.  I said "if there is one thing you can rely on with John Williams is how you can easily find a piece of his music that will invigorate and uplift you."  But John Williams, as we know is a master of his musical talents and can equally create a piece of music, a soundtrack that will fill you with a feeling of darkness and foreboding.  War of the Worlds is one example.
What is unusual for a John Williams score is the lack of a recognisable thematic piece but instead we have a soundtrack that relies on the power of the instruments to evoke feelings of dread and in some places almost a chaotic rhythm.  It is one of John Williams lesser known soundtracks and often overlooked.
Thankfully, Intrada are releasing a two disc version and what I particularly like about this release is the score presentation version on disc one.  I've always found the original release a little odd because of the order of the tracks.  The powerful piece, 'The Ferry Scene' is a long way into the movie but appears as track two on the original release.  On the new Intrada presentation version, that piece appears at track ten and an extended version at that.
I am really looking forward to this version and I certainly think that the War of the Worlds soundtrack should get more love.  This version is a great place to start.
Press Release:
WAR OF THE WORLDS
Music Composed and Conducted by JOHN WILLIAMS
INTRADA ISC 459 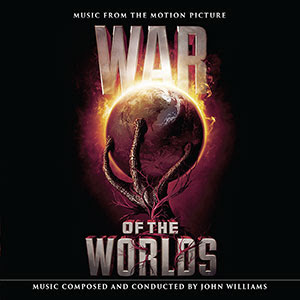 Intrada's latest release features John Williams' music to Steven Spielberg's 2005 sci-fi thriller, War of the Worlds. Based on one of H.G. Wells' most famous novels, this version of the story stars Tom Cruise as an irresponsible deadbeat dad who must protect and guide his young and terrified daughter (Dakota Fanning) and estranged teenaged son (Justin Chatwin) as an alien invasion quickly reduces American—and world—society to chaos and ruin. Williams created a dark, threatening work, steeped in fear and tension. It is complex, fierce and wholly unlike the other sci-fi entries from the composer's pen. Nevertheless, as Jeff Bond notes, Williams leverages similiar techniques he used in the more friendly-alien environment of Close Encounters:
...exploring the lowest and highest ranges of both the orchestra and choir to create eerie, disturbing atmospheres. Incredibly low, rumbling chords from double basses precede the sight of towering alien tripods; guttural, sustained tones from the male choir herald the entrance of frog-like, tripedal aliens into a house basement, and high notes from the female choir warp upward in hair-raising pitch bends as the aliens and their technology terrorize Ray and his family.
Action music abounds, pounding with dramatic rhythm, capturing both the power of the seemingly unstoppable alien extermination effort and the hopelessness of the human pests. And with no easily recognizable melody, the audience has no safety net to tell them it's going to be okay, leaving them, as Bond notes, "adrift and uncertain" along with the onscreen characters.
For this new edition, courtesy of Paramount and Universal Music Enterprises, album producer Mike Matessino used the high-resolution audio data preserved back in 2005 at the scoring sessions. Perhaps one of the most complex assemblies of any Williams album, Matessino documents the intensive process in the liner notes to bring this stunning work into a new, 2-CD edition. The first disc features the complete film score in film order and does not include the narration overdubs from the previous release. The second disc includes a remastered presentation of the original release, featuring Williams' unique assembly and sequencing, in addition to 15 minutes of extras.
INTRADA ISC 459
Barcode: 720258545909
Retail Price: $29.99
Starts Shipping NOW
Note: Due to local restrictions related to the pandemic, shipping time may be slower than usual
For more information visit Intrada's website.
The Bearded Trio - The Site For Steven Spielberg, George Lucas, John Williams and a whole lot more.