By Tina September 05, 2020
Part Three: Out of Africa
To celebrate the 35th anniversary of The Color Purple, Mark Marshall who was Steven Spielberg's assistant from 84-88  has graciously decided to share his memories and pictures from the making of that groundbreaking movie.
Mark Marshall -
Sept 3rd, 1985, 35 years ago, "The Color Purple," having wrapped location shooting in North Carolina, began its last two days of Principal Photography in Africa - actually Newhall Ranch thirty miles north of Los Angeles.  The picture opened in limited release just 15 weeks later. 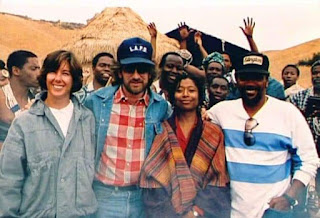 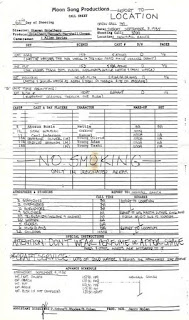 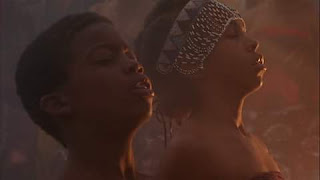