By Tina September 03, 2020
One of the most important films in American cinema is celebrating its 35th anniversary this year. “The Color Purple” was released in Dec. 1985.
Mark Marshall who was Steven Spielberg's assistant from 84-88  has graciously decided to share his memories and pictures from the making of that groundbreaking movie.
Mark Marshall -
The motion picture adaptation of Alice Walker’s searing novel, The Color Purple, was released 35 years ago this year.  The movie, directed by the maestro, Steven Spielberg, opened in limited release on Steven’s 39th birthday, December 18, 1985.  It went into wide release two months later.  Over the next few months, I thought I would post a series of set photos that I took throughout the production to commemorate the combined contributions of a brilliant cast & crew.  First up, our prodigious leader, director/producer, Steven Spielberg.  When Steven first expressed his doubts that a white Jewish male could direct the heartbreaking story of an abused southern black woman in the early 1900s, producer Quincy Jones famously told him: “You know, this is not about race. This is about humanity. You didn’t have to go to Mars to make E.T..” 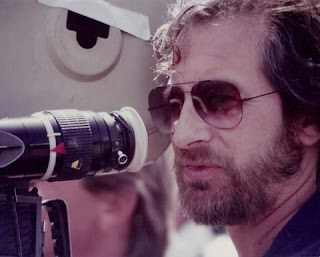 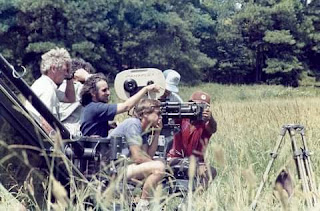 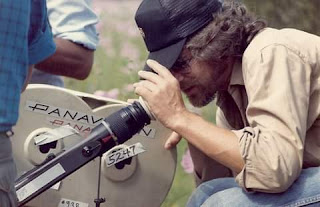 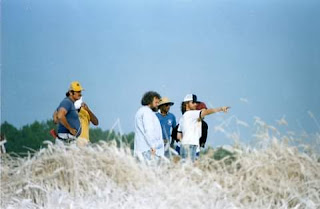