Are There Star Wars Droids In Raiders of the Lost Ark?

The Droids In Raiders of the Lost Ark.  Where To Spot Them

You've heard that R2-D2 and C3P0 from Star Wars are somewhere in the world of Indiana Jones, specifically in the movie, Raiders Of The Lost Ark but you've never seen them? Well we've made it easy for you to spot. Check this photo out: 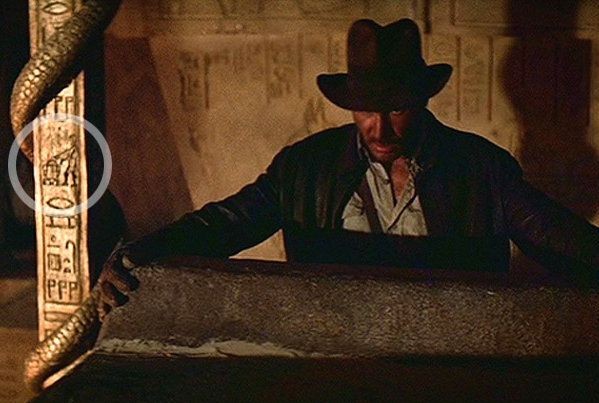 It's during the scene where Indy take the Ark out of its stone case while down in the Well of Souls (around the one hour six minute mark in the film.)  As Indiana Jones and Sallah struggle to lift the stone case off, you can see to the side of Indy, a small pillar with hieroglyphics.  This is where you can see two droids.  R2-D2 and C3P0.

This fun Easter egg was returned in the world of Star Wars.  Indiana Jones is referenced in the animated Star Wars show, The Clone Wars.  In the season one episode, Liberty of Ryloth we see an Ark that looks very much like the Ark of the Covenant being transported on to a ship.  According to Star Wars Fandom this is called a Ryloth Ark.

In fact, The Clone Wars is no stranger to Indiana Jones references as you can also find a Crystal Skull in the last episode of Season 3. Blink and you will miss it. Its near the end where you can see a crystal skull just like the one from the fourth Indy movie.


Back to Raiders of the Lost Ark and actually there are two occasions we get to see droids in the movie.  Just before the scene above where Indy opens the crate, we see C3-PO and R2-D2 with what could be Princess Leia.  This is on the wall of hieroglyphics behind Indiana Jones 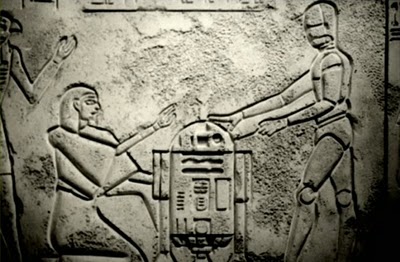 There are three references to the droids from Star Wars in Raiders of the Lost Ark.  The opening scene with Indy running to catch the place, well the registration of that plane is OB-CPO.  A nod to Obi-Wan Kenobi and of course C3-PO. 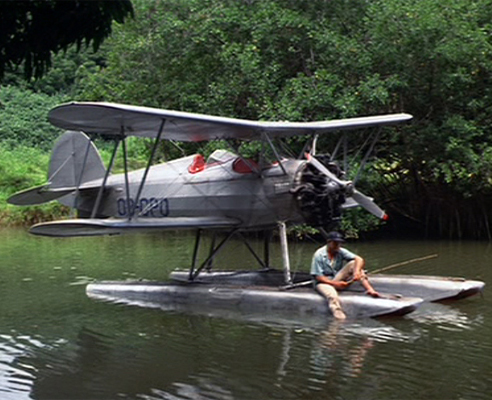