5 Star Wars Stories I'd Like To See Get Told

By Brad May 06, 2020
I don't know about the rest of you, but I am still dancing on the high of the Clone Wars finale that came out Monday morning. Dave Filoni and his crew pulled it off again with this epic final season of the groundbreaking show that began 12 years ago.

The final episode, "Victory and Death" brought the tale of the Clone Wars, the objects of fans', at first, curiosity, and later, obsession, to a close. The "Siege of Mandalore" arc was brilliantly woven into the the same time frame as Revenge of the Sith, and concludes a story that has been missing for all of us since the series was initially canceled by Disney in 2013.

My thoughts naturally turned to stories that have yet to be told in an official, new canon medium. I drew up a top 5 list - because of course, what's the point of an online blog if not for speculative lists?

As I get started on my list, I am very mindful of the fact that an Obi-Wan TV series for Disney+ has been officially announced. But the story doesn't exist in a concrete form for public consumption yet. So I'm including it here. 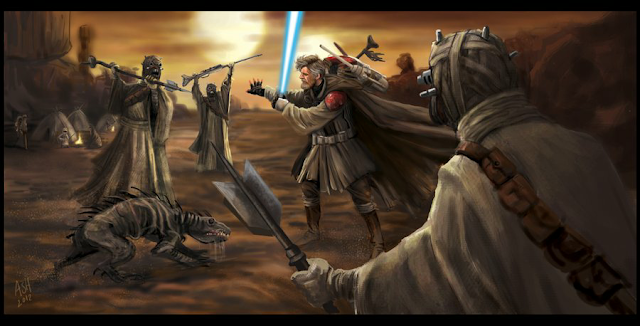 1. Obi-Wan Kenobi Between Ep. III and IV
This story has long ranked as the number one story I have most wanted to see told. I've written about it previously, here.

Obi-Wan is my favorite Star Wars character. His mix of seriousness, dry humor, and inability to achieve the unreachable perfection reminds me of myself more than any other character in this galaxy. I'm relieved this is evolving into a series for a streaming service. It's the ideal medium for this particular story, which I don't think would be particularly successful as a feature film. This figures to be a quieter character study, of a man who is so perfect in so many ways, but perhaps failed in the most galactically consequential way imaginable.

I want to see Obi-Wan tortured, mentally and emotionally, over Anakin's fate. How does he dampen his abilities in a universe where showing them can be fatal? How does he actually look in on Luke, and what is Owen's reaction to that? A handful of Marvel comics have dabbled into Obi-Wan's story in one-shot type of issues. Marvel has done a nice job with those particular comics, but I'm looking for something with more guts, with more pain that can only be conveyed in moving pictures with sound.

Many people have stayed awake to all hours of the night, waiting for new Clone Wars episodes the moment they hit. Count me among those when this series begins. 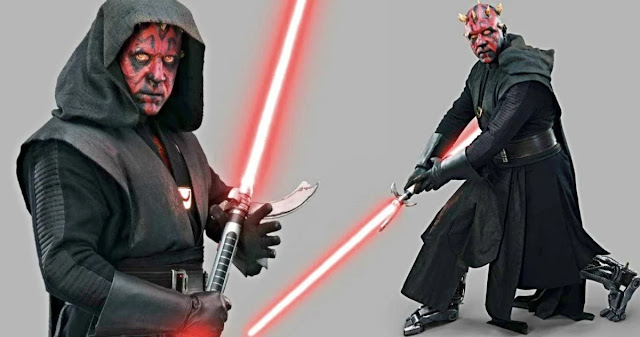 2. Maul's Ascent To The Top Of Crimson Dawn
The appearance of Maul at the end of Solo was one of the most welcome out-of-leftfield surprises in any of the Disney-era films, and for good reason. His was a character that could not be contained in just The Phantom Menace. With Sam Witwer, Ray Park and Dave Filoni all combining their talents, Maul has found a grand life after TPM, not only here in Solo, but in The Clone Wars and Rebels. Maul has been given so much more depth, character and shifting motivations in his appearances in these stories. There's clearly more story there to be mined, and the public is hungry for more of Maul.

Maul's conversation with Qi'ra opened up a world of new possibilities for stories that centered on Crimson Dawn, how Maul ascended to the post he's in, and what role Qi'ra has played in the organization. The #MakeSolo2Happen movement is alive and well on Star Wars Twitter. Hell, I'd watch Maul conduct a Crimson Dawn quarterly earnings call. 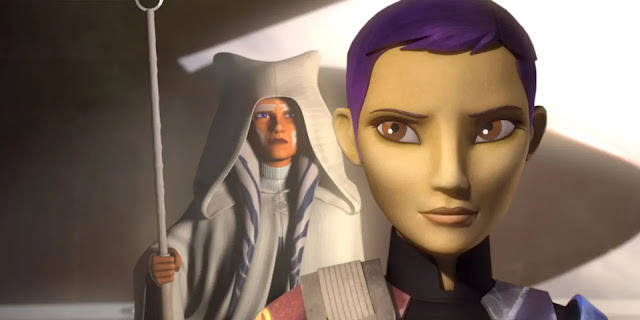 3. The Search For Ezra Bridger
Star Wars: Rebels concluded on March 5, 2018. During its emotional closing epilogue, we discover Ahsoka and Sabine, among others, have survived beyond the events of Return of the Jedi. In her voice-over, Sabine sets out to search for Ezra, who was whipped into hyperspace, along with Thrawn, in the series finale, and presumably, hasn't been seen since.

This conclusion leaves the door wide open for more adventure stories that center on Sabine and Ahsoka as they search the galaxy for their wayward friend. There are obvious storytelling tropes pre-installed in this kind of story. A natural MacGuffin in Ezra, and the ability to balance that tightrope of being independent and dependent on the public's knowledge of characters beforehand.

Much to Dave Filoni's credit, Ahsoka has become a beloved and deeply popular character. There are rumors she may pop up in live-action form in Season 2 of The Mandalorian. I'm confident she can carry a "Search for Ezra" show as its centerpiece. 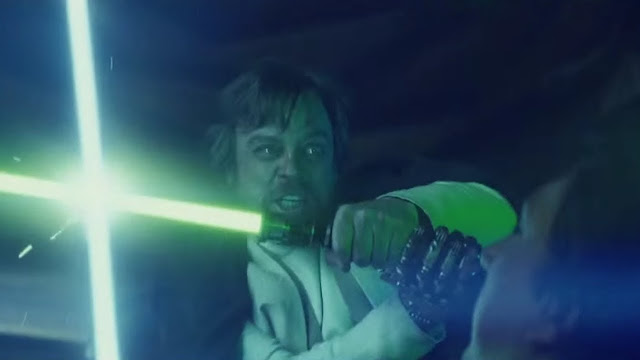 The Rise of Kylo Ren comic has been out, and its trade paperback release has been delayed due to the ongoing virus crisis. I mean, these are the events that set the entire Sequel Trilogy into motion, and are responsible for its very existence. The high level of popularity and demand for this comic ought to have been a message to Disney that this was a story the public was thirsty to know more about. I would argue that this story, given what the Sequel Trilogy yielded, should have been Episode VII. But that's another blog for another day.

A story like this also answers the most basic of questions: What did Luke Skywalker do after Return of the Jedi? The Sequel Trilogy made little effort to answer this question. In Rise of Skywalker, we got small hints at Luke's activities via Lando Calrissian.

How did Luke decide to form a Jedi Academy? What was Ben Solo's growth, and eventual corruption like? What was Luke's mindset leading up to the shot as seen above? Why did Luke decide to exile himself? Are there parallels to Obi-Wan's story after the events of Revenge of the Sith? So much to mine here.

5. Ahsoka Picks Up The Pieces After The Clone Wars
What a compelling end to The Clone Wars. Four minutes of silence as Ahsoka considers the carnage of her wing of the 501st as she and Rex go their separate ways. We don't see her again until she comes up 14 years later, at the end of Season One of Rebels.

As I mentioned above, it's my sense that Ahsoka has ascended to the place where she can carry a show effectively. There's freedom now, in telling a between Clone Wars and Rebels story about Ahsoka, now that both series are finished. No need to hold secrets back at this point, unlike when the Ahsoka novel by E.K. Johnson came out in 2016.

The middle four episodes of Season 7 of Clone Wars are nicknamed "Ahsoka's Walkabout." I feel like that label more aptly applies to her 14 years between the end of Clone Wars and Rebels. She has no "home base." She's no longer a Jedi. She's clearly not in league with the Empire. She has achieved the code name of Fulcrum as a Rebel informant. Let's track her movement and activities through this time. Again, like Obi-Wan, someone trying to hide in plain sight.

Let's keep Ahsoka alive. Let's keep those stories about her coming. She has served as such an incredible role model, especially for female fans of Star Wars, it's critical we don't lose that, especially at such a point where she is cresting in popularity.