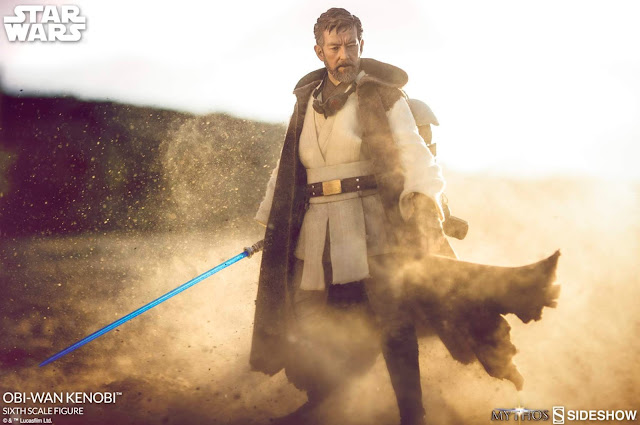 Guest Blogger, Brad Monastiere Writes About The Much Anticipated Obi-Wan Series And Explains How It's Perfect For TV

In recent years, Star Wars news has tended to act like rainstorms over here in the United States. Weeks and weeks of drought followed by Biblical flooding. At D23 in late August, we Star Wars fans had our moment of continuous - if joyous - downpours.

Lucasfilm, who received some criticism for its lack of reveals at the San Diego Comic Con, absolutely hit it out of the park with announcements. The announcement of the Obi-Wan Kenobi TV series wasn’t just a home run. It was a hit ball that left the stadium that won the World Series of all-time for me.

I normally chafe against expectation stories, particularly when it comes to Star Wars projects. Expectations can often lead to disappointment, and the typical fanboy online outrage, which I fundamentally reject.

But on to the subject at hand, and that’s the Obi-Wan Kenobi TV series slated for Disney-Plus and will start filming next year, according to StarWars.com. This has been my dream Star Wars project, to follow Obi-Wan Kenobi after Revenge of the Sith and prior to A New Hope. 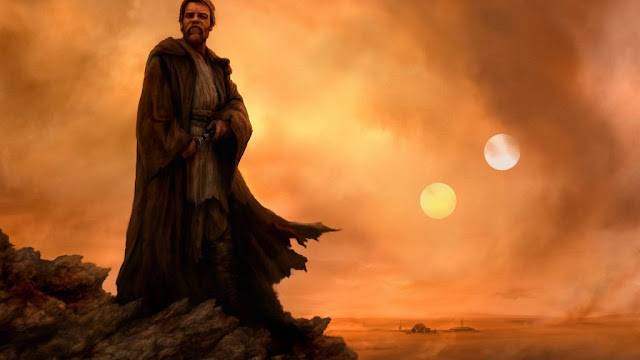 I’m happy this project exists as a streaming TV series and not a feature film. My vision of this story is that it would be a quiet, intense character study. I don’t think this subject would be commercially successful. I mean, look at Solo: A Star Wars Story, which to me, was the most pure fun Star Wars cinematic experience in saga history. And yet, people tend to characterize it as a commercial flop.Will seeing a solitary man in the desert contemplating his failure whilst pursuing atonement sell a lot of tickets? Probably not.

But this format? Absolutely perfect. Whether Disney decides to stream the shows out once a week or release the whole series at once, this type of character study is ideal for the format. It allows consumers to digest the story at their own pace. To take in the details, to follow Obi-Wan on his emotional journey at a more relaxed pace.

In growing up with the original trilogy, I always cheered for Luke Skywalker and against Darth Vader. But Vader’s reveal as Anakin Skywalker at the end of Return of the Jedi brought so much more depth to that character, and made him so much more compelling than if he had just existed as “the bad guy.”

The prequel trilogy began with The Phantom Menace in 1999, when I was 26 years old. There, we followed the journey of Obi-Wan as a rising Jedi learner. Enter Ewan McGregor, a brilliant stroke of casting by George Lucas and Rick McCallum. I cannot imagine anyone else in this role. He approaches the role with the perfect amount of charm and wit, and his character went through a real evolution from The Phantom Menace to Revenge of the Sith. He rose to a place where he was so evolved, so sophisticated, that the horror of what Anakin became hit him harder than it would have hit anyone else. Ewan’s pain struck me like a torpedo when he was on that black sand on Mustafar, watching Anakin burn. We knew Obi-Wan would physically survive the ordeal on Mustafar. But how would he survive emotionally?

How does one carry on from those events? I am fascinated personally, by the emotions of a man who strives - and indeed in some respects achieves - the status of the perfect Jedi, while handling the apocalyptic failure of which Darth Vader was the end result. I see much of myself in Obi-Wan Kenobi - someone who holds himself to the highest standards of perfection, while continually having to work with the consequences of falling short of that possibly unattainable goal. Obi-Wan’s existence, particularly during The Clone Wars and Revenge of the Sith was “loud.” He was dealing with “loud,” galaxy-shaking events on a big scale and on a personal level. It was never more loud for me than when he was on that hill on Mustafar, telling Anakin he was his brother and he loved him. There was the noise of the lava river and exploding volcanoes, but there was more noise than that. The deafening, screeching, all-consuming screams that were Anakin’s, that emanated from his own heart at what he did, and what happened, to the best friend he’ll ever have.

Obi-Wan promptly turned that noise into quiet. The quiet of the midnight blue of the desert. The quiet of his own adobe walls and the inner contemplation that would become his existence for two decades.

The contrast of that loud and that quiet, will endlessly fascinate me, and how they can exist within the same man. A good man. A broken man. A determined man.

How long this series will last is anyone’s guess. As much as I love this character and the story that’s about to be told, I kind of envision the best format for this being a limited event series...think Twin Peaks: The Return from 2017. That series was meant to be one 18-episode body of work that told a complete story. David Lynch and Mark Frost, as best I could tell, had no intention of that story continuing beyond those 18 episodes. I would feel completely satisfied if this Obi-Wan story, which will originate within the Solo part of the timeline, would examine just one particular part of Obi-Wan’s journey in the desert. I don’t need to see his *everything* until he scares off the Tusken Raiders to revive Luke. Let’s examine him, his character, his emotions, his hopes for Luke, his regret and sadness over Anakin, his conflicts with Owen, his awareness - or lack thereof - of the Empire’s activities during this time.

The other three shows that will be rolling out on Disney Plus - The Mandalorian, The Clone Wars and the Cassian Andor series - all have me excited and invested in the future of this franchise. But nothing Lucasfilm could announce would have me so filled with anticipation as this Obi-Wan Kenobi series. This is all I could have hoped for after Disney acquired Lucasfilm seven years ago. I cannot wait for the moment for those opening credits to roll on my screen, and in a PLOT TWIST, I tell my favorite character “Hello there.”