New Star Wars Roll Out Episode Will Suck You In 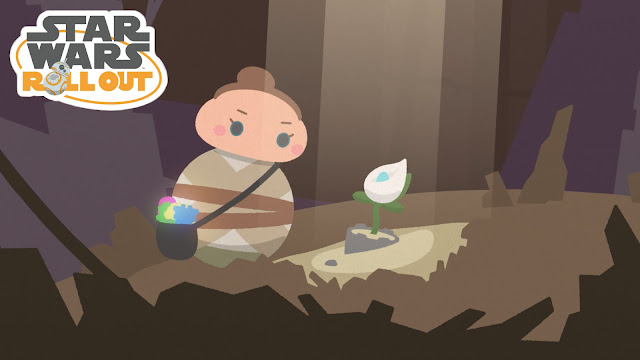 Another instalment of Star Wars Roll Out has gone live and if you recall, I was in a bit of a tiff last week because last week's episode ended on a cliffhanger.  Well,  Arggghhh!  They've only gone and done it again!  Oh, Lucasfilm you tease.

I have to admit, I am enjoying Star Wars Roll Out.  I know it's aimed at children but I never really grew up anyway.  This week'a episode (Rey and the Secret Treasure -- Chapter 2) we see Rey gathering her found treasures and ending up in what I can only describe as a 1980's platform game.  Imagine a cross between Sonic and Manic Miner and you get the idea.  Oh, and there's a huge vacuum cleaner in it too!  What's not to like?