The Latest Episode Of Star Wars Roll Out Ends On Cliffhanger

Roll Up!  Roll Up For Another Episode Of Star Wars Roll Out

I know these Star Wars Roll Out episodes are for kids and are short two minute stories but COME ON!  WHAT'S GOING ON HERE?  Lucasfilm, how could you do this to me?  This is the best cliff hanger since...Well, probably The Empire Strikes Back (Well maybe that Star Trek TNG episode, Best of Both Worlds) 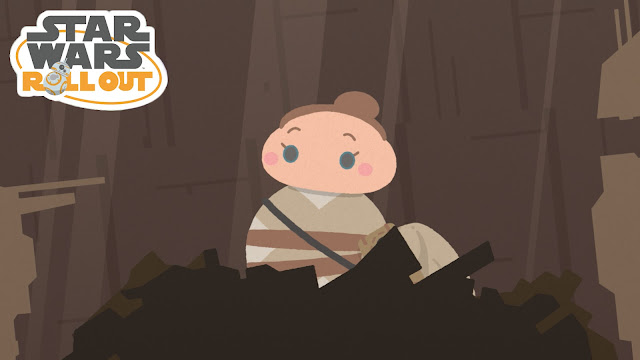 Rey is is rolling around on Jakku (complete with that crashed Star Destroyer) doing what she does best, scavenging and comes across something worth a meal or three.  Well, I won't spoil the story but I NEED to know what happens next.  The story ends with a brief scene in which you want to know what Rey is going to do.

Well, I guess I'll have to subscribe to Star Wars Kids to make sure I get notified when the next episode is out.  Anyway, here's the episode.  Be sure to roll down to the comments and let us know what you think.