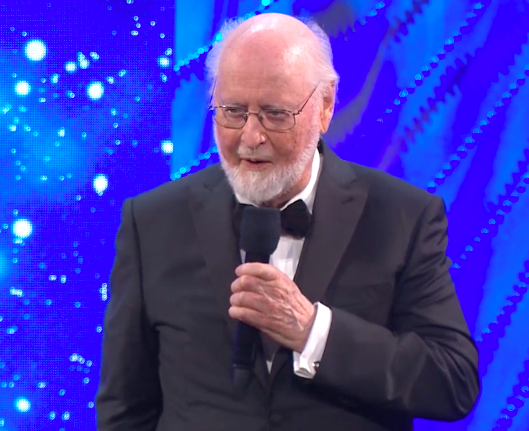 We reported last month that John Williams is to be honoured by the BMI in the glamarous Beverly Hills and that ceremony took place yesterday.

The award was a new one and in honour of the composer "in recognition of his incomparable status as one of the greatest film and television composers of our time."  Williams had already received an honour from BMI in 1999 but when you have this much talent then creating a new award just to celebrate his work had to be done.

Variety were able to interview the composer.  Here's what they had to say:

Speaking exclusively to Variety before the ceremony, Williams acknowledged that “in the last year or two, awards seem to be coming along,” cracking, “It must have something to do with being so old, they must think now is the time.” Williams became the first composer recipient of the American Film Institute’s Life Achievement Honor in 2016.

“I’ve been extraordinarily lucky,” he said, citing “my relationships in the film industry here in California, and those I’ve developed in Boston [with the Boston Pops Orchestra, where he was music director for 13 years] and so many other orchestras. It’s been, and I hope will continue to be for a while, a really joyous life in music of all kinds, and with incredible people.”

BMI President and CEO Mike O’Neill noted that Williams “has done more to help popularize film music in concert halls than any other conductor in America. Along the way, he has introduced millions of young people to the joys of symphonic music. He has been a role model for generations of aspiring composers, not just for his famous themes but for his work ethic.”

Read more at the quality Variety.