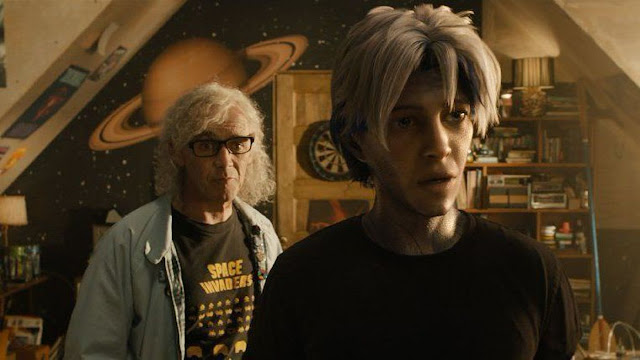 Ready Player One has come in at number one over its (four day) opening weekend by taking a domestic $53 million.  Remember just a few weeks ago we were reporting that tracking services were predicting between $38m and $55m so those numbers will please Warner Bros. by topping the top end of that prediction.   The movie studio stepped up their advertising for the movie in the last two weeks before the launch so there will be some movie studio executives who will be exhaling a sigh of relief.  Global takings are also a good news story with an impressive $128m bringing the total to $181m.

The movie is worthy of a repeat viewing so I suspect the Spielberg directed movie will have some staying power at the cinemas.  The opening figures make Ready Player One Spielberg's biggest opener since Indiana Jones and the Kingdom of the Crystal Skull in 2008.

Ready Player One has been favourable with critics and currently holds a 76% rating on Rotten Tomatoes.  Our two reviews for the movie came in with top scores too.  The Brother Gibbs gave it four stars out of four and my review gave it a top five out of five.

“It is true...I can’t talk about it too much, but I can tell you there’s no better inspiration for a writer returning to a world they’ve already worked on when they’re seeing Steven Spielberg bringing that world to life. To get to talk to him and get his input, one of the greatest storytellers of all-time, and a storyteller that had a direct influence on my first novel, ‘Ready Player One.’ Wade carries a grail diary through the whole story to collect his clues about the Easter Egg hunt, and that’s because of ‘Indiana Jones and the Last Crusade.’ It would have been a different story if I had not grown up watching Steven’s movies. So to get to not only collaborate with him to bring the first story to life but to bounce ideas off of him for the sequel is the most gratifying thing that’s ever happened to me in my life.”

With a positive opening weekend, a sequel is even more likely now.