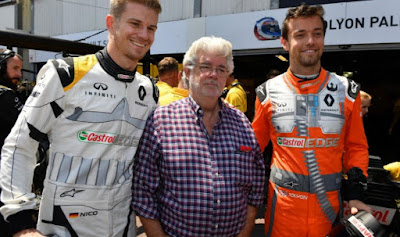 The Renault F1 team were hoping the Force was with them during the Monaco Grand Prix this weekend as they were joined by R2-D2 and George Lucas.  The F1 team were sporting the Star Wars 40th anniversary logo on the side of their cars and the team themselves celebrate a 40th anniversary.  It will be 40 years this year since their first F1 entry way back in 1977 at the British Grand Prix. 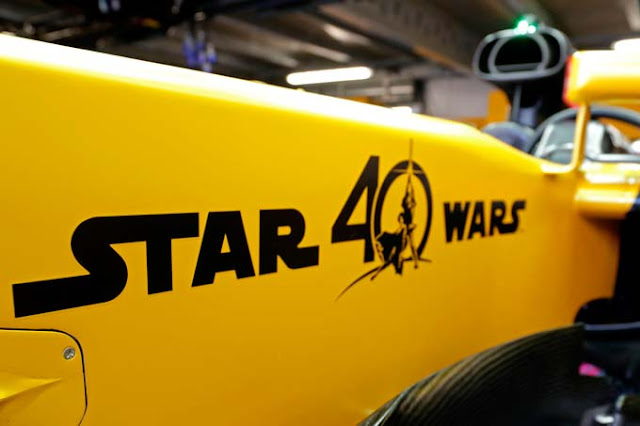 Joining George Lucas and R2 for a photo opportunity were drivers Nico Hulkenberg and Jolyon Palmer.  Unfortunately the Force eluded them during the Grand Prix as Nico had a DNF and Jolyon finished one place outside of the points.

We've seen Star Wars grace F1 cars before such as the Red Bull team in 2005.  George Lucas is often seen at various Grands Prix and was even asked to interview the drivers at the 2015 Italian Grand Prix on the podium.