GROWTH AND MOVING ON: LESSONS LEARNED FROM OBI-WAN KENOBI

Now that some time has passed since the finale, I feel like I can place the series Star Wars: Obi-Wan Kenobi into its proper context.
As I have written in this space many times, I have anticipated this project like no other in recent years. For me, it delivered all I could have hoped for, and then some. It is easily my favorite Star Wars of the Disney era.
Part VI of the series aired June 22, and we saw a refreshed and renewed Obi-Wan defeat Darth Vader in an epic lightsaber duel, we see Princess Leia safely returned to Alderaan and Reva, in a roundabout way, renouncing her evil ways in deciding at the last moment to not kill an unconscious Luke Skywalker on a Tatooine hillside.
But this series spoke to me in other, much more profound ways than just the usual parts of Star Wars that endlessly fascinate me, like the story, visuals, music and characters.

We are all unique individuals from one another, and so we all establish connections to outside material in our own way. Obi-Wan Kenobi hit deeply with me in a way it probably couldn't have if it was released when it was announced, in August 2019, in a pre-COVID world.
Shortly before the onset of COVID in March 2020, and in a move unrelated to the virus, I stepped away from a career-defining job I had held for 15 years. I was broken mentally, emotionally and spiritually and was in great need of healing on all levels. My physical health was in a state of slow, but unmistakable deterioration. I found the character of Obi-Wan 100 percent relatable back during the prequel years, but never in a way as deep as I felt it with this newest project. 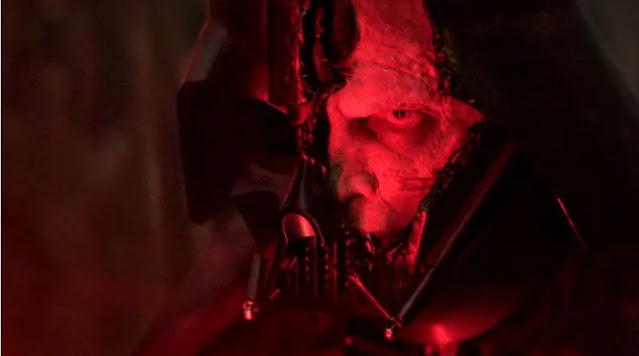 In the time since I departed my job, I carried an unhealthy occupation within me of what became of my job and the company it was contained within. How it's changed, the several people who replaced me, how well (or poorly) they are performing the job, your basic who, why and what that comes with constantly looking back. I wasn't allowing myself to grow from my experience.
My journey mimics that of Obi-Wan's. In Part I, he is carrying on a meander existence as a meat cutter at a fish market. He is plagued by nightmares of the past. He is thinking about his mistakes, committed in the course of trying to be the perfect Jedi, the perfect human being. He hasn't grown from his experience, as traumatic as it was.

As soon as Obi-Wan puts the past to rest and focuses on the man he is today, and what he can be for others tomorrow, do we see the Obi-Wan Kenobi, the hero we have all seen in our minds across all these years. It's a lesson I would do well to learn, given the parallels I have drawn between my experiences in real life, and the experiences of this fictional character in a fictional world.
And at the end of the day, isn't that what great stories can do for us? They help us see our own lives from a perspective we might not otherwise have, because it's so hard to apply that objective vision to ourselves.

In Obi-Wan Kenobi, we saw the title character rise from the depths of his own defeat, sadness and guilt to renew himself in his focus and vision of what his future could be. The appearance of Force Ghost Qui-Gon Jinn put the perfect bow on the gift that is this series. Obi-Wan grew and found the strength to move forward with his life.
It's time I did that for myself too.
Brad Monastiere
I live in Michigan and have been an unconditional fan of Star Wars and Indiana Jones for decades. Follow me on twitter @bmonastiere
The Bearded Trio - The Site For Steven Spielberg, George Lucas, John Williams and a whole lot more.