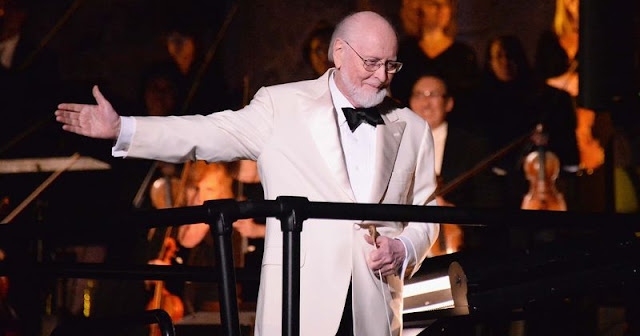 I was nine years old, galloping down the carpeted stairs of my childhood home in Farmington Hills, Michigan. It was 1982. I was intent on getting a snack, but it was just a quick snack. The kind of snack that wasn't worth going all the way to the record player to lift the needle while you were out of the room. I wanted that music to already be playing when I returned to my bedroom with that coveted snack.
"Heroics of Luke and Han" was coming out of my primitive little record player, from the soundtrack album Star Wars: The Empire Strikes Back (1980). As I started my sprint back up the stairs, my mom called to me. I think I defied the laws of gravity in stopping, waiting to hear about either the speed of my movement or the questionable nutritional quality of my snack.
"I just wanted to say how nice it is that you're listening to classical music!" my mom declared to me, also hearing the bombastic music from my bedroom.
I paused for an indignant moment before correcting my mother (as nine-year-olds do). "MOM! It's not classical music, OK? It's Star Wars music."
That wasn't my first memory of the music of John Williams, but, for the era, it's the most distinct.

John Williams turns 90 years old today. I mean, really stop and consider that. How many older relatives or friends have you had in your life that lived long, full lives that never saw their 90th birthday? It's a fitting achievement for this man who has achieved so much in an unprecedented career.
Still active in his career, Williams has been hard at work on Steven Spielberg's forthcoming film The Fabelmans (2022) as well as the fifth Indiana Jones film (2023). His film score career spans eight different decades, having received his first conducting credit in 1959's Daddy-O.
I never took any kind of music appreciation class in high school or college. The language of musical composition is all Greek to me. But I listen to John Williams music just about every day, as I have for decades. Starting with that double LP of The Empire Strikes Back, purchased for me when I was 7 years old in 1980. In those years, Star Wars music was the best way to relive the films - along with trusty action figures of course. And so I wore out all four sides of that LP, closing my eyes to imagine the beauty of Cloud City during "City in the Clouds," thrilling to the wild ride of "The Asteroid Field" and gazing on in wonder with "Yoda and the Force." 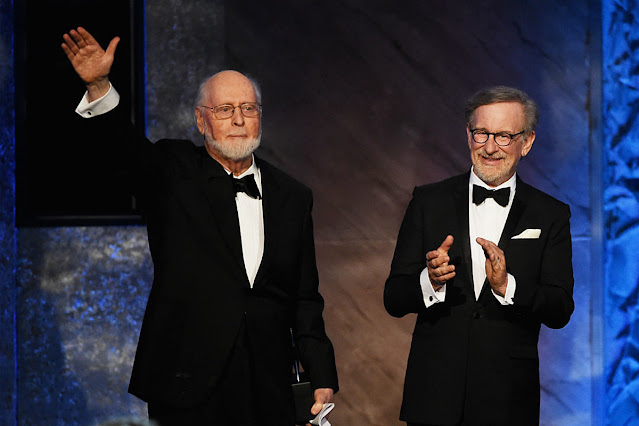 For some reason, I didn't own the soundtrack LPs to Star Wars and Return of the Jedi back then. It was just Empire. It wouldn't be until 1993, early in my junior year of college, that the Anthology Box Set was released. Four CDs of Star Wars music, with one entire CD featuring all previously unreleased tracks. While my love for Star Wars and John Williams never left me, it went through the dark times of hibernation from the mid 1980s to the early 1990s.
How can I quantify what his music means to me? How does one convey the emotion one feels through his music with mere words? In short bursts, I will attempt to do so.
His music helped aliens speak. It made you check your surroundings for a shark you knew wasn't there, but still, was there. It made you believe you could fly. It unearthed conspiracies that had global and historical consequence. It went beyond the dazzling visuals of green and red lightsabers clashing, it swelled emotion of that final, fateful duel on the second Death Star from the depths of your soul and shivered your shoulders at the intensity of it all. It lent grace and dignity from our greatest president all the way to enormous beasts that roamed the earth for the first time in 65 million years. He has musically interpreted man at his worst and at his best.

I revere his music, in part, because there are no words. It's just the most beautiful combination of stringed instruments, horn sections, a grand piano or two, the occasional choir and touches of a celeste or even an electric guitar that blend together in an end result I can only describe as magic. His music has both brought tears out of me, and erased tears that required his music to dry. It has accompanied me on countless car rides, plane trips and lazy Sunday mornings. I had his records, recorded a mix of tracks to cassette tapes, purchased a few versions of his soundtracks on CD, and have quite a bit of his catalogue in digital form.
John Williams is a genius. No one has ever been as good at doing what he does, has done it for longer than he's done it, and applies his craft with the kind of variety he has. But he does it with a kind of Midwestern humility that you rarely see in Hollywood, and never see of anyone as accomplished as he is, at anything. 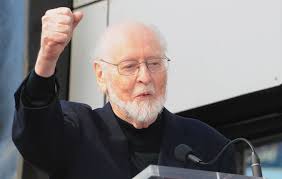 We at The Bearded Trio salute John Williams on his 90th birthday. Your music's greatness cannot be quantified by one blog post, one story in Variety or one podcast. Your work will live on, being passed down from generation to generation. Someday in the distant future, another nine-year-old will hop on his hoverboard to a lower level of his suite on Mars humming the Indiana Jones theme song while his mother commends him on his musical tastes. That's the grace, art and timelessness of the music of John Williams.
Happy birthday to you, sir. And thank you.
Brad Monastiere
I live in Michigan and have been an unconditional fan of Star Wars and Indiana Jones for decades. Follow me on twitter @bmonastiere
The Bearded Trio - The Site For Steven Spielberg, George Lucas, John Williams and a whole lot more.