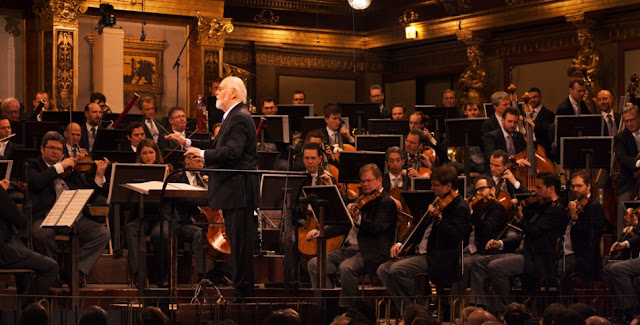 Thanks to the lovely folks over at JWFan.Com we find out that John Williams is set to start recording the score for Indiana Jones V in "1-2 weeks" but of course it won't be until next year we get to hear it.  It's kind of comforting to know that more John Williams music is on the way.
JWFan tell us:
John Williams will start writing the music for the new Indiana Jones film “in 1-2 weeks” according to reports from fans who attended his first of three concerts in Berlin, -although “you’ll still have to wait until next summer to hear it”, he said, adding that the movie was “on schedule, despite [Harrison] Ford’s injury”.
Williams also joked that he never knows what Spielberg is doing next, and that “Indiana Jones is changing by the second.”
Are you excited for another Indiana Jones soundtrack from John Williams?  Let us know in the comments.
Source: JWFan.Com
The Bearded Trio - The Site For Steven Spielberg, George Lucas, John Williams and a whole lot more.