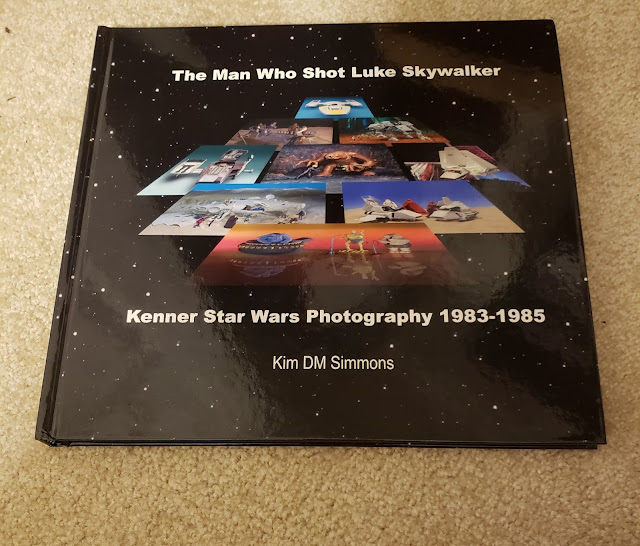 Much of Star Wars is based on the trilogy format, whether it is films or publishing. In the case of "real world" Star Wars, the format still applies, and applies most effectively.
Kim DM Simmons was a toy photographer for Kenner throughout a much-beloved era, the original trilogy era. A couple months ago, he published his third book detailing some of his terrific work for the Star Wars Kenner line, this one aptly named Volume 3: 1983-85, which covers the Return of the Jedi toy line as well as Power of the Force (POTF) and the short-lived Droids and Ewoks lines. 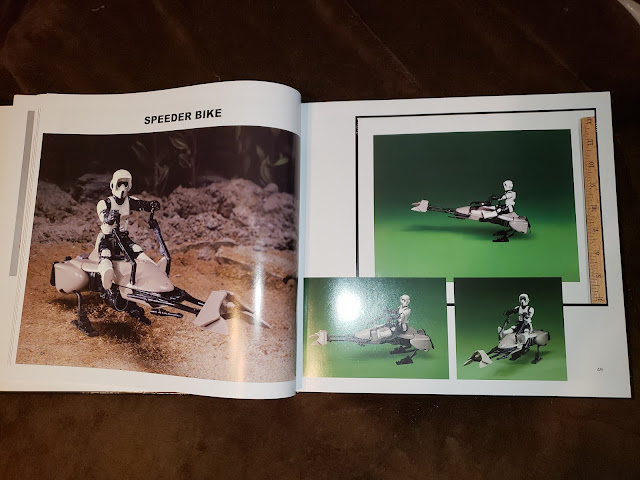 Like his first two volumes, which covered Star Wars and the Empire Strikes Back, Volume 3 features well-known and never-before-seen examples of his photography during the last years of the original Kenner Star Wars toy line. The book was part of a Kickstarter program, which I happily supported. Myself and around 300 others supported the publishing of this book, and we were gifted with another wonderful bundle of nostalgia in a toy line that so many of us enjoyed back in those years.
Like Volume 2, the bulk of the content of this book is the photos. First up are the action figures. We see not only Simmons' primary photos for the cardbacks, but some fun group shots and alternate takes that were not used. 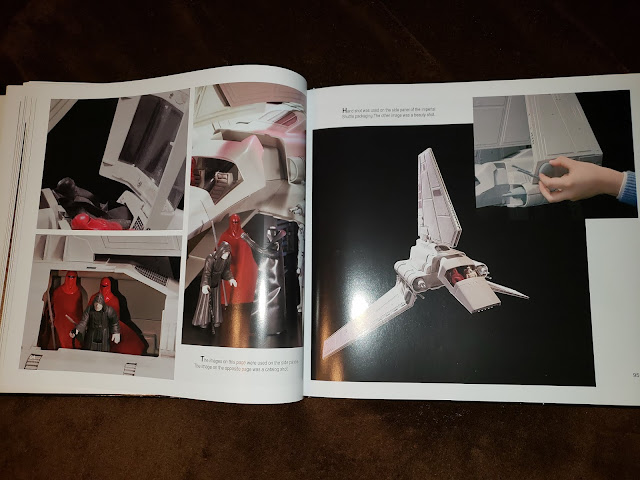 Return of the Jedi was perhaps the most toy-friendly film of its time, and the amount of vehicles and playsets created was remarkable. Simmons captured it all here with glorious shots of toys like the AT-ST Walker, B-Wing Fighter, Imperial Shuttle and many others.
We're familiar with the box art photography on these toys, but Simmons goes way above and beyond with the photos featured in the book, showing more alternate angles, and many composite shots that were meant for publishing in holiday catalogues and the like. 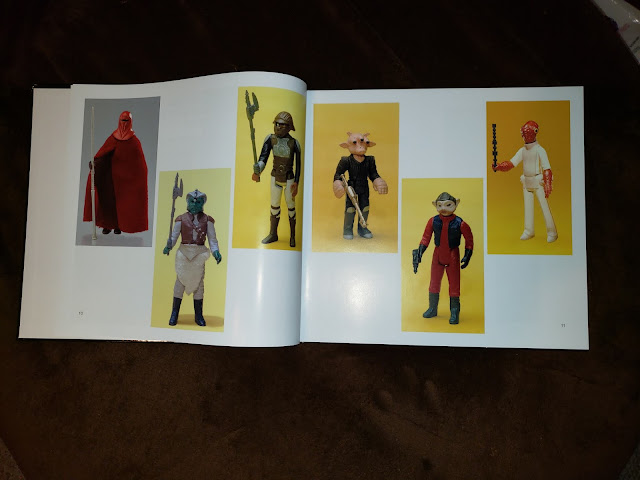 In my experience, there has seemed to be a large segment of the fan base that got on board with Star Wars with Return of the Jedi. It was the first big movie many people saw in the theaters, and it was the last one to grace theater screens for another 16 years. It was a film that featured the ultimate fairy tale happy ending and is one that has emotionally resonated with fans as much as any in the saga. The toys had a similar impact, as it represented Star Wars' last big retail presence until its revival more than a decade after Jedi's 1983 release. Simmons simply allows his brilliant photography to bring out those nostalgic feelings brought about in the book. 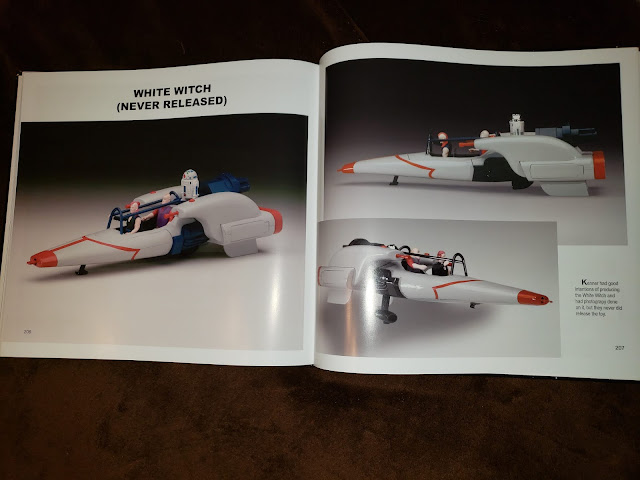 A fun treat in the book comes in the back quarter, where photography from the rare POTF, Droids and Ewoks era are featured. Included here are prototype toys I never knew existed even in this form. I consider myself fairly knowledgeable of Star Wars toys history, and had never seen anywhere, a reference to the above-pictured White Witch. Yet, here it is, sparking one's imagination of what could have been.
I feel so lucky to be able to support these past two Kickstarter campaigns and acquiring the trilogy of Star Wars toy photography books. Other books detail the history, fan phenomenon and enduring appeal of the toys, but none of them feature photos straight from the photographer's lens like this. A big thank you to Kim DM Simmons, Justin Berger and all those responsible for putting this series of books together to keep those precious childhood memories of Star Wars fresh and alive.
Brad Monastiere
I live in Michigan and have been an unconditional fan of Star Wars and Indiana Jones for decades. Follow me on twitter @bmonastiere
The Bearded Trio - The Site For Steven Spielberg, George Lucas, John Williams and a whole lot more.