Hope In The Star Wars Saga by Patty Hammond

Originally posted in 2018. (I felt the article and the subject matter deserved a repost - Rob.)

In my opinion, the Star Wars saga, at the heart, is about concept of ‘hope’. What is ‘Hope’? According to the Oxford English Dictionary it is both a noun and a verb. As a noun it is ‘A feeling of expectation and desire for a particular thing to happen.’ and as a verb it is ‘Want something to happen or be the case.’ Star Wars embraces both of these definitions. There are many examples of these throughout the saga…

In Rogue One: A Star Wars Story, the concept of hope is mentioned by three characters in the film. First by Cassian Andor, next by Jyn Erso and finally Princess Leia Organa herself with the last word, “Hope”. 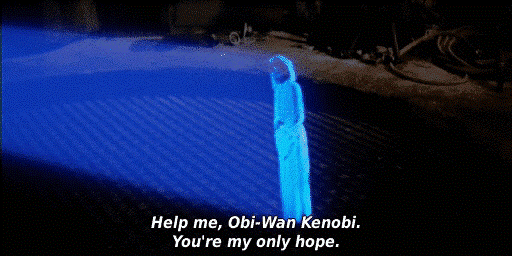 “Help me Obi Wan Kenobi, you are my only hope” Princess Leia Organa in Star Wars: A New Hope.

It is these words of hope, shown by the Astromech droid R2-D2, that steers Luke Skywalker towards the heroes path in Star Wars: A New Hope and again in The Last Jedi to his ultimate destiny. 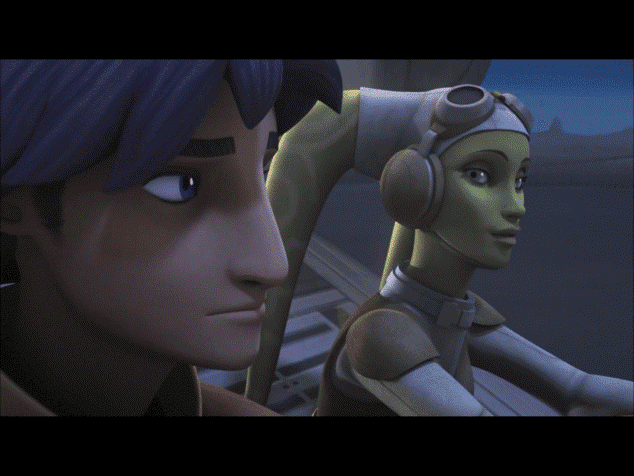 “We have hope. Hope that things get better.” Hera Syndulla in Star Wars Rebels Vision of Hope.

These words of hope from Hera gave Ezra the encouragement he needs to keep going with the struggle for freedom from The Empire. 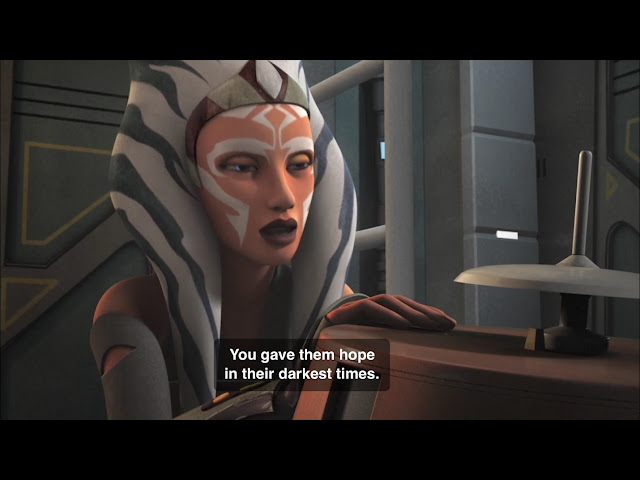 “You gave them hope in their darkest of times.” Ahsoka Tano in Star Wars Rebels: Fires Across The Galaxy.

These words of hope from Rebel Fulcrum Agent, Ahsoka Tano, explain why she helped the crew of The Ghost in their effort to rescue Kanan from Mustafar.  In addition, these words also let Ezra know how important his message of hope is to those that heard it not only on Lothal, but across the Galaxy!

“As long as there's light, we've got a chance.” Poe Dameron in Star Wars: The Force Awakens 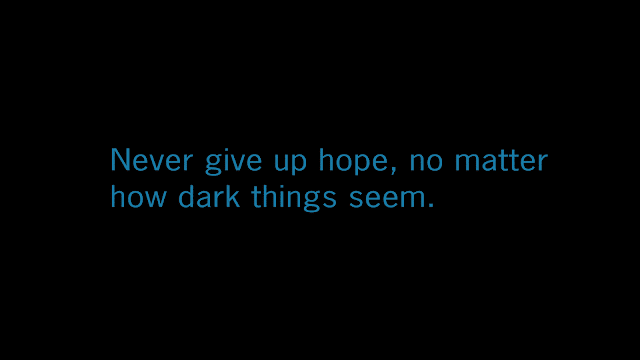 Even though the word ‘hope’ is not mentioned, these words of encouragement from their leader give the Resistance X-Wing fighters on his team hope during the conflict at hand.
Fortune cookie from Star Wars: The Clone Wars via Netflix
The series Star Wars: The Clone Wars used words of ‘hope’ in the fortune cookies of several Season 3 and Season 5 episodes including…
• “A child stolen is a hope lost.” Sphere of influence [3.04]
• “The challenge of hope is to overcome corruption.” Corruption [3.05]
• “He who surrenders hope, surrenders life.” Altar of Mortis [3.16]
• “Choose your enemies wisely, as they may be your last hope.” A Necessary Bond [5.09]
• “When all seems hopeless, a true hero gives hope.” A Sunny Day in the Void [5.11]
• “Never give up hope, no matter how dark things seem.” The Wrong Jedi [5.20] 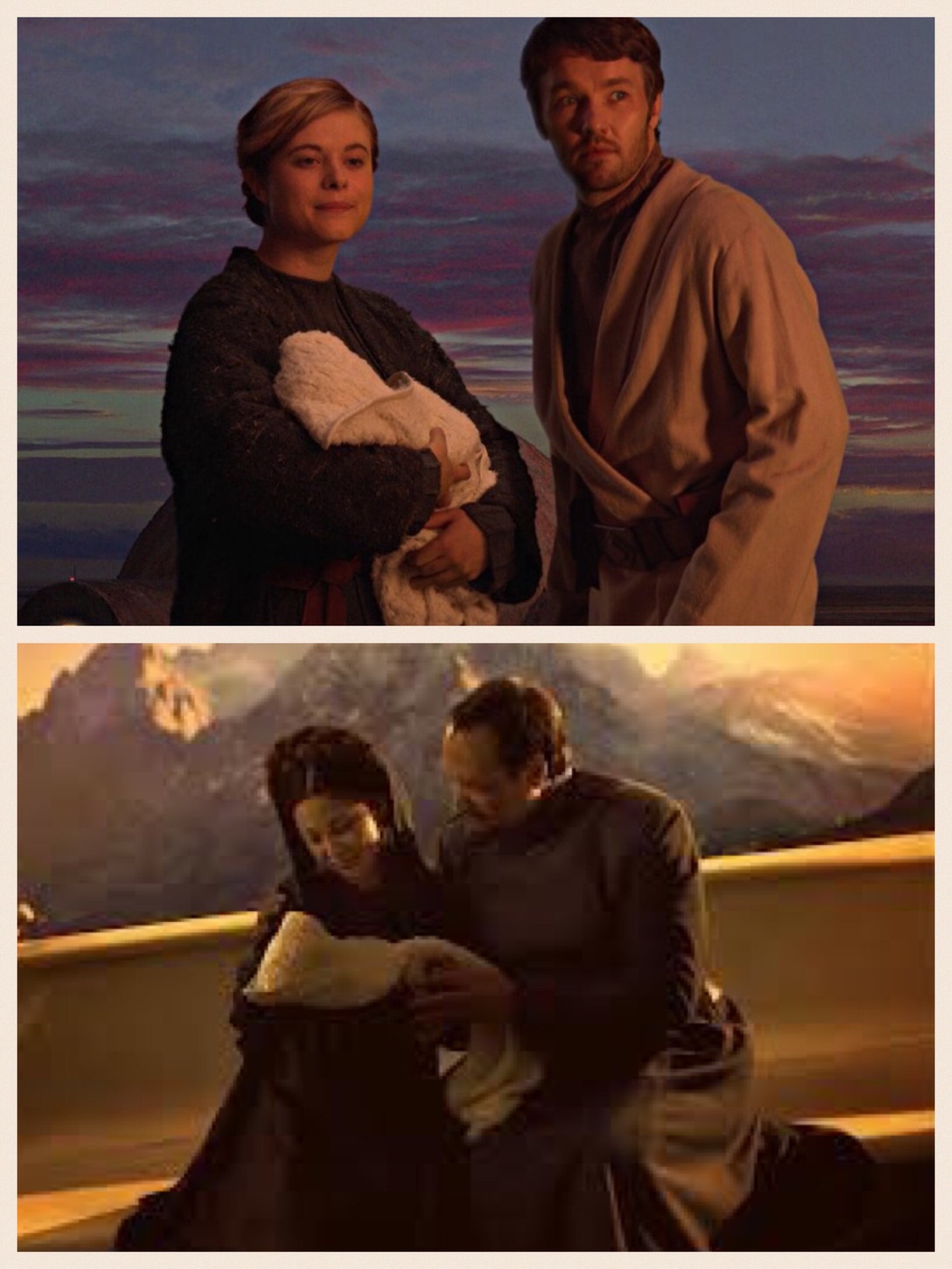 Last, but not least, the last track of Star Wars: The Revenge of The Sith soundtrack by John Williams is tilted ‘A New Hope’, which is played during the final scenes with the delivery of the Skywalker twins to their new homes, Luke on Tatooine (top) and Leia on Alderaan (bottom).
It is all these examples that reinforce to me that at the heart of the Star Wars saga was, is and will be ‘Hope’
Patty Hammond (@pattyBones2) is the Everyday Fangirl from Michigan who has a disguise as a mild mannered data analyst. Patty is very active in the Star Wars community. You can find her posting about Star Wars and much more on her blog EverydayFangirl.com, StarWars.com, TheFutureofTheForce.com, FanthaTracks.com,  TheBeardedTrio.com and of course on Twitter @Pattybones2.
The Bearded Trio - The Site For Steven Spielberg, George Lucas, John Williams and a whole lot more.