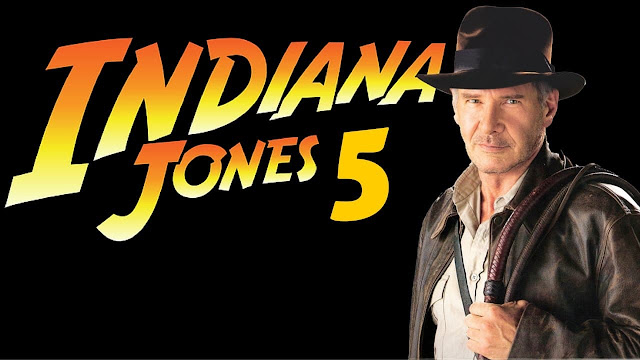 Lucasfilm released some big news at noon EDT Friday regarding our favorite archaeologist.

LFL announced the official release date for Indiana Jones 5 as July 29, 2022. The film's original release date had been July 10, 2020, but COVID-19 scuttled those plans, as it has so many other projects around the world.
John Williams, the only film composer the Indiana Jones film franchise has ever had, will return to score the final movie in the series. I wasn't taking his involvement for granted, and I had it in my head that perhaps Star Wars: The Rise of Skywalker (2019) would be the last time we'd see The Maestro command the baton for a motion picture film.
Given that James Mangold is set to direct the film and not Steven Spielberg, I wasn't ruling out Indy 5 having a different composer. Thankfully, Williams will be back. What is super cool for a numbers nerd like me is this will mark the eighth different decade Williams will have handled the score for a film. EIGHT DIFFERENT DECADES! I am good with words and I simply have no words for the marvel that is this man.
Spielberg, along with Frank Marshall and Simon Emanuel, will serve as producers of the film.
Phoebe Waller-Bridge was also announced as a member of the cast of Indy 5. She played the part of the revolution-curious droid L3-37 in Solo: A Star Wars Story (2018), and has garnered high acclaim for her leading role in Fleabag. Her style, talent and wit as an actress seem to make her a perfect fit for a franchise that has highlighted strong, independent women throughout its 40-year history.
Lucasfilm president Kathleen Kennedy had previously announced Indy 5 would be the final feature film for the franchise. When the film opens, Harrison Ford will be 16 days past his 80th birthday.
Brad Monastiere
I live in Michigan and have been an unconditional fan of Star Wars and Indiana Jones for decades. Follow me on twitter @bmonastiere
The Bearded Trio - The Site For Steven Spielberg, George Lucas, John Williams and a whole lot more.