BLOG POST: The Opening Of ‘Superman The Movie’ by Michael Heather

Superman The Movie (1978) was one of the first films I saw at the cinema, my mother had taken me and my brother to see ‘Grease’ but it had sold out. I had seen Star Wars in that year as well and loved it but (shock & horror to anyone that knows me) I gravitated more towards Superman in 1978...at 6 years old I was already familiar with superheroes and, besides, it looked more fun dressing up in a red cape than a dull farm boy tunic. In the school playground we played ‘swaps’ with our Star Wars & Superman bubblegum cards (it was one or the other, the inferior Black Hole cards wouldn’t turn up until a year or two later) and it was always a win to get a good shot of Superman himself as opposed to a rather dull Lex Luthor image (no offence to the wonderful Gene Hackman) The appeal of a Valerie Perrine image wouldn’t occur to me until much later.
Now, after 40+ years, the film still holds a wonderful place in my cinema-loving life. Generally speaking Superman II probably gets more love to the casual viewer assuming, of course, that the casual viewer can remember the difference. How often has either movie been on TV and whomever you are viewing it with confuses the opening with the other film…?
“Terence (YOU...and your HEIRS!) Stamp wasn’t in the first one!! He’s in the second one!!”
Your geek brain suddenly kicks in...can’t you tell this music is a facsimile of John Williams for a start?!! And don’t get me started about the snowtrooper thing that isn’t in the 1978 film. Just be quiet and take another handful of popcorn. 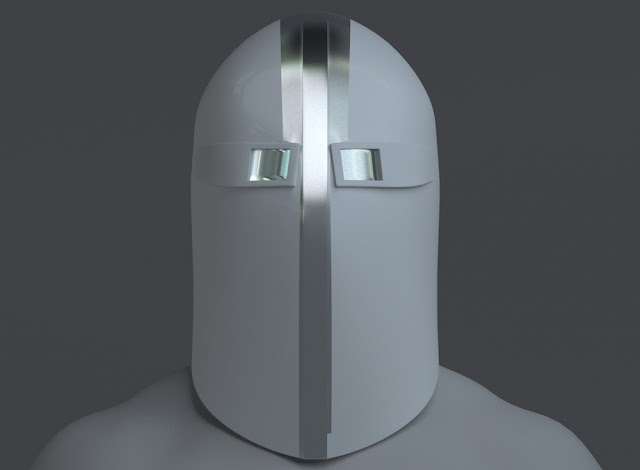 I can understand the love for the first sequel...especially if you are a child. It’s accessible, doesn’t have the ‘burden’ of an origin story to tell, Superman is up and running and ready to save Lois from the worst terrorists this side of the Eiffel Tower as soon as the opening credits have finished. Talk about straight into the action (and comedy...that film is funny!) (“Enjoy your...whatever” is the slimiest bellhop in history) But, hindsight is a wonderful thing.
Superman The Movie has a tough task...a lot of plot to get through before we even see the man in tights and here is where I jump to its defence. The beginning is a masterfully crafted bit of film-making before we even set eyes on the rightly beloved Christopher Reeve. Unsurprisingly a very large part of the success is down to (you guessed it!!) John Williams’ incredible and evocative score. There cannot be a child from the 70/80s (and beyond?) that doesn’t get a chill with the famous opening credit sequence and those awesome zooming sounds over Williams’ Superman march as each credit flies in, an extra big zoom reserved for “directed by Richard Donnor”.

It is easy to mock Marlon Brando (the huge fee, the lines written on everything but his brain) but he lends the opening a lovely gravitas and is integral to one of the first iconic scenes as he prepares young Kal-El for his earth-bound trip, Susannah York looking on. His moving speech (“they can be a great people, they wish to be”) is matched by a beautiful Williams cue that takes the film (not for the only time) into a realm that lifts it higher than any of the sequels and is one of the films great strengths. By playing famously for ‘verisimilitude’ Donnor reaches for the mythos and grandeur of the character that (by the second sequel) the films had all but abandoned but yet is the very quality that Superman embodies. A mythic ideal, a ‘perfect’ person who only sees good and hope...not something we value enough these days and, of course, a quality that Christopher Reeve somehow magically harnessed. 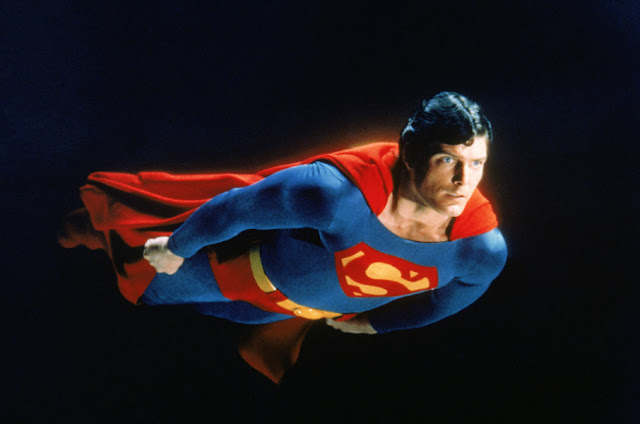 Kal-Els journey through space (complete with sparklers) is matched by yet another beautiful magical Williams cue...I cannot imagine the producers despair when the composer declined to score the sequel. All this information, upon re-viewing, is told with a real economy of scenes...there is plot covered in every one. He ends his journey, of course, with a crash landing witnessed by Glen Fords’ Jonathan Kent and Phyllis Thaxters’ Martha. Ford is especially memorable in his very brief few scenes and we begin the Smallville section of the movie. No time is wasted to show young Clark (actor Jeff East but, I assume, dubbed by Reeve?) and his estrangement from his college friends and how he is rejected from the football team. Again Donner manages to illustrate this, his frustration at being unable to show his powers, and his desire to fit in (specifically with a young Lana Lang) all in a few minutes of screen time. We then get Fords’ last scene, a moving moment where he tries to articulate young Clarks real purpose on being sent to earth, before his untimely death as he suffers a heart attack...John Williams supplying an ominous bass note as we witness the scene from afar. Martha observes from her porch seat, a scene that always brings to mind a similar moment in Jaws 2 when the silver haired lady observes the water-skiing shark attack...in 1978 clearly nothing signified a more important moment than aforesaid moment being observed by kindly old lady.
Jonathan Kents funeral is accompanied again by the peerless Williams score and we sense another closure in young Clarks life.

Shortly thereafter we are presented with the mysterious 5 note motif that Williams uses frequently in the film and, to some extent sequel, often to symbolise importance or danger for Clark/Superman...here utilised as he discovers the shard of kryptonite in the barn and as he senses his greater calling.
The morning thereafter, as Martha wakes up and senses Clarks growing need to leave, is beautifully shot and staged by Donnor complete, again, with that beautiful sweeping score as the camera follows Clark & Martha's gaze towards the sky, the future and then lifts above the cornfields.
The film is now almost ready to relocate to Metropolis and The Daily Planet but not before Clark discovers/creates(?) his ‘fortress of solitude’. It is here, once again, that Donnor touches on the mystery and myth of the Superman character as he indulges, once again, Marlon Brando's Jor- El who turns up for one last conversation with his now earthly son. John Williams supplies a beautiful string-led piece as we journey through the cosmos and share Clarks education...he is now man and needs to shoulder all the responsibilities that this will entail.
And we all know the next bit...that familiar trumpet calling and a brief play of the famous theme and an even briefer shot of Reeve as he flies off for his first adventure.
Much as I love Christopher Reeves’ Superman films, and the special place they hold in my childhood, even I can admit that he was not always best served by the films themselves and their often lurching tones. But Reeve is remembered for this role, and held in such incredibly high regard by fans, because he somehow embodied the idealistic character with such sincerity and warmth that it was just the perfect match of casting and actor...how much of this was down to Reeve as a person is up for debate but there is a reason the line gets blurred when discussing the character and the actor. What is interesting when re-viewing the opening of the 1978 original is how much credit is due to Richard Donner who creates such an iconic opening even before Reeve steps into frame.
Oh, and that score isn’t half bad either.

Michael Heather is a retail store manager who spends his spare time time watching movies and painting & drawing often movie related subjects. https://www.facebook.com/rodianart
He grew up in the eighties and has an unhealthy (!) obsession with all things Lucas/Spielberg and Harrison Ford / Sylvester Stallone as well as the beautiful hand painted movie posters that advertised them.
The Bearded Trio - The Site For Steven Spielberg, George Lucas, John Williams and a whole lot more.