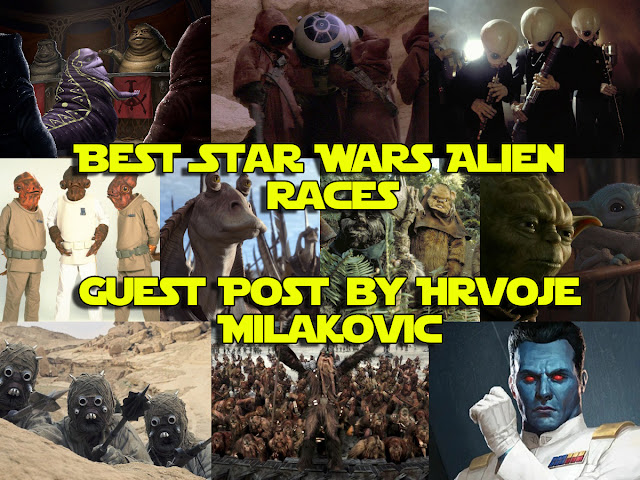 Star Wars is one of the rare science-fiction franchises that actually bothered to introduce a large chunk of its fictional universe, which – in this case – encompasses the whole known universe. Although we certainly haven’t seen the whole Star Wars universe, George Lucas and the other authors that have participated in the creation and development of the franchise have given us a solid look into the universe of Star Wars, into its different world and its races.

In today’s article, we are going to be bringing you a list of the ten best alien (i.e., non-human) races in the fictional universe of Star Wars, so enjoy! 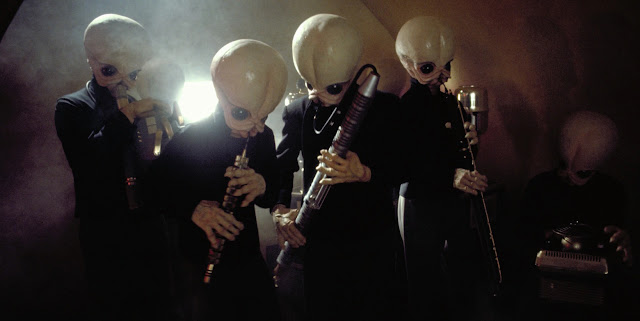 The Bith race might not be the first to come to mind when you’re thinking Star Wars, but this race is actually quite famous and it is one of the “oldest” ones, as it was introduced in A New Hope. So, who are the Bith? Remember the iconic Mos Eisley Cantina scene and the jazz band? Well, the big-headed aliens who produce some mean tunes are actually representatives of the Bith race and we wanted to kick off this list with a famous, yet humorous race.

While we’re on the topic of humor, Jar-Jar Binks wasn’t all that well accepted as the comic relief in The Phantom Menace and die-hard fans hated the character, as he was made exclusively to appeal to younger audiences (it’s like everybody forgot about the Ewoks…). Still, the Gungans had quite an impressive debut in the first prequel movie and they certainly made a name for themselves, whether you love or hate them. There really is no ‘in-between’ when the Gungans are concerned. 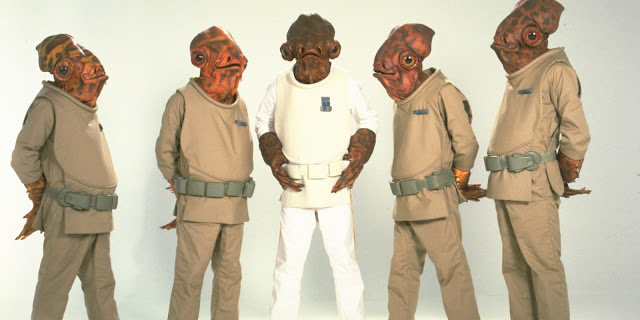 Now, these guys, as the name suggest, draw some lovely gastronomical associations and they do really look like giant squid or octopi, although we’re not really sure we’d eat them and we’re not just referring to the fact that they’re sentient species and that it would just be wrong. Admiral Ackbar’s “It’s a trap” is one of the most iconic Star Wars quotes and that, really, explains why the Mon Calamari are on our list. This race is probably unknown to those who haven’t seen anything except the movies, but the Chiss are actually a very important element of the Star Wars mythos. They hail from the Unknown Regions and are as mysterious as they are dangerous. Thrawn, their best-known representative, has managed to rise so high up the Imperial hierarchy that he was practically on the same level as Vader, despite not being Force sensitive as Vader and the Emperor. 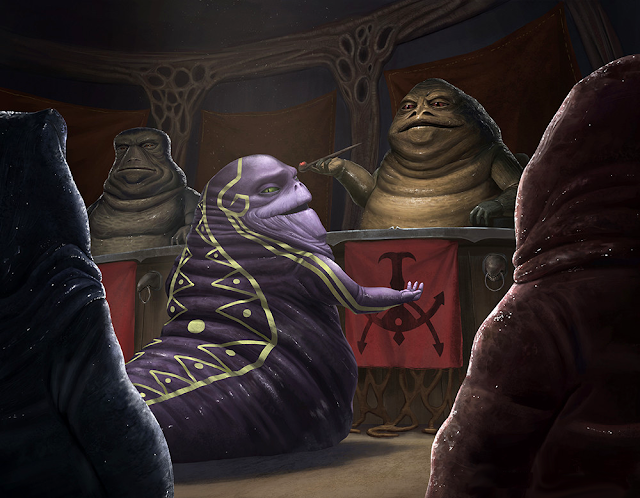 Well, the Hutts might not be the most beloved race in the franchise, but they are certainly among the most disgusting ones. Although he wasn’t the only one, Jabba the Hutt is the race’s best-known individual and we all know how much trouble he caused in the franchise and how he cemented his name in the lore’s “hall of fame”. They don’t ride, but they certainly do raid! These desert-based badass guys are among the most popular of Lucas’ alien races. They are completely incoherent (they seem to communicate using loud cries), but they are excellent marksmen, extremely territorial and, if we’re guessing based on their “fun” sabotage of the pod race in The Phantom Menace, have a very specific sense of humor. 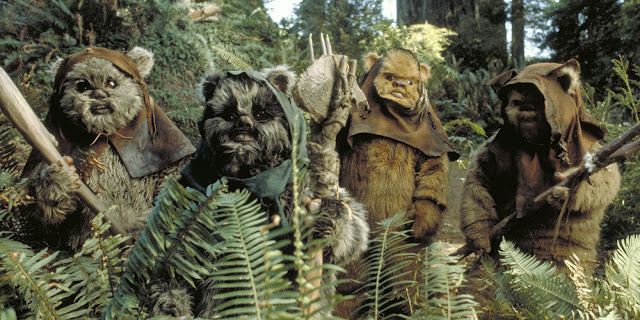 Awesome and badass. These two words best describe the adorable little Ewoks that debuted in Return of the Jedi and helped Luke Skywalker and the Resistance to kick the asses of the Empire and the Stormtroopers. They are exceptionally cute, but they are also great fighters and their contribution to the fall of the Empire is undeniable. Whatever you may think of them, they truly are awesome and we’re glad to have them as part of Lucas’ great franchise!

Similarly cute, the fast-talking Jawas are a very interesting race. They usually travel around and collect, sell and trade junk, but sometimes, you might actually stumble upon something useful. They don’t usually know how to determine the right value of their products – they’ll ask much for junk, or practically nothing for something of value – but they’re good salespeople and you can count on them if you need something in a place where resources are scarce. 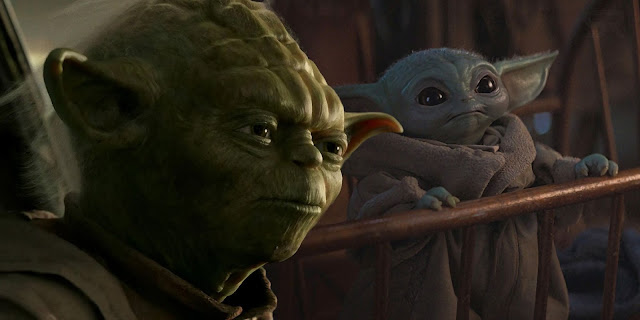 When The Mandalorian’s Baby Yoda (Grogu) was introduced, we actually got confirmation that we would be finding out more about this mysterious race. Yoda is, of course, the best-known member of this race, and we all know him and his green lightsaber quite well. Yoda was, in fact, the most powerful Jedi in history and the mystery of his race certainly added more appeal to the character itself, which is why this race is such an integral part of the lore, even though we know practically nothing about it.

And now for the most awesome alien race in Star Wars – the Wookiees! Although Chewbacca alone would have been enough for first place, Revenge of the Sith introduced us to a whole plethora of other Wookiees that have proven themselves to be as awesome as Chewbacca, despite most of them perishing in Palpatine’s horrendous purge. The Wookiees are an integral part of the role and they knew where their allegiances were through the long history of the galaxy, which is why they totally deserve first place.

And with this, we can conclude our text. We hope you had fun reading this article, at least as much as we had written it. It was, we hope, a very interesting stroll through some of the most famous alien races in George Lucas’ franchise and although this is only a small portion, we did our best to make the list representative of what George Lucas’ universe Is all about. That’s it for today, we hope you’ll keep following us for more of the same and that we’re going to see each other soon! Until next time!

My name is Hrvoje, and I am from a small country in Europe, Croatia. My whole life, I am a lover of everything related to movies, TV shows, comics, books, and games. My goal is to write about what I love and share it with people who love the same things as I do, even though sometimes we don't agree on everything