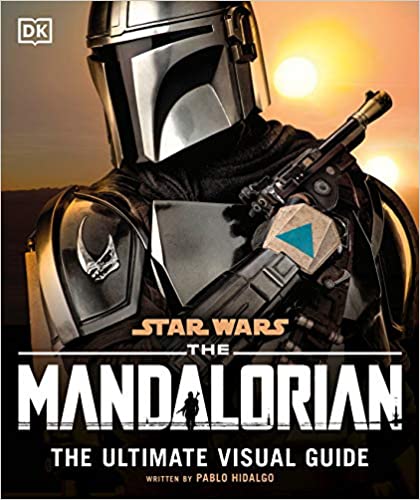 The general upheaval that marked 2020 in all parts of our society has carried over into 2021 in a handful of ways. Star Wars publishing has been far from immune from the after-effects.
After seeing several titles undergo long delays, some as long as a year, two forthcoming books that cover The Mandalorian have been canceled.
The Mandalorian: The Ultimate Visual Guide by Pablo Hidalgo and scheduled for a July 6 release date, has been canceled. In addition, an untitled adult novel based on the Disney Plus hit show has also been canceled.
All this comes on the same day Variety reported Disney Plus has now hit 100 million subscribers worldwide. 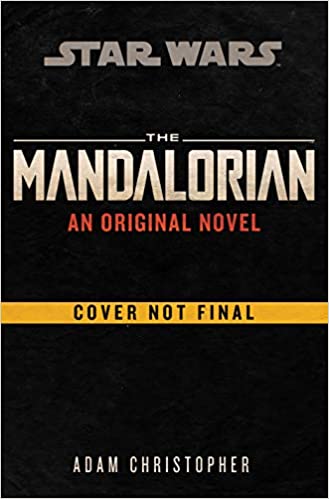 Hidalgo's Ultimate Visual Guide, which as of Tuesday afternoon was still available to order on Amazon, was to be the latest in a great series of hardcover reference books that detail the characters, weapons, environments and creatures of the show. Similar books exist for all other Star Wars film releases, and I have enjoyed every single one of them. The first one of these came out in 1998, and subsequent books have focused on individual films or taken a saga-wide approach.
An original novel set in the era of The Mandalorian was an exciting prospect for me. The novel was originally scheduled to come out in November 2020, but got pushed out a year to Nov. 2, 2021. Now, less than halfway between the original and new publication dates, the book has been scrapped.
While not officially addressed, outside of the Del Rey Star Wars twitter account referencing the expanding world of The Mandalorian, it's not a leap in logic to wonder if the Gina Carano situation has been a factor in these books getting canceled.
Disney fired Carano over controversial social media posts several months ago, and all indications are, the character of Cara Dune would no longer be part of the show. Cara Dune was a primary supporting character in the show, and would have been featured prominently in the Ultimate Guide. Perhaps the decision was made that, instead of removing her from the book, that the entire book would be canceled.
Here's hoping a Visual Guide that covers both seasons 1 and 2 is coming out.
Nothing was publicly known about the characters or contents of the novel, so it would be irresponsible to speculate Carano's firing was a factor. I just hope a novel set in that world will come out eventually. The world of The Mandalorian is expansive enough to warrant an original story, outside of the 16 chapters we've received on Disney Plus so far.
The only true reference book that exists for The Mandalorian is Phil Szostak's excellent The Art of The Mandalorian. Titan has published two smaller-scale magazines on the art and look of the show, though those books don't rise to nearly the level of quality Hidalgo's Ultimate Visual Guides do.
Titan also had a 40th anniversary book on The Empire Strikes Back set to come out in June 2020. That book was delayed twice, with the newest release date of June 1, 2021. The High Republic publishing series ended up with a four-month delay from September 2020 to January 2021.
The Mandalorian is a show worthy of more supplemental material than we have received so far. Yes, COVID-19 has thrown a wrench into a lot of plans in the theatrical and publishing world over the past year. Some of my frustration should be directed at that. But hopefully, these cancellations will only be a temporary loss in the hope of something greater coming in the future.
Brad Monastiere
I live in Michigan and have been an unconditional fan of Star Wars and Indiana Jones for decades. Follow me on twitter @bmonastiere
The Bearded Trio - The Site For Steven Spielberg, George Lucas, John Williams and a whole lot more.