Did You Know The Ending To E.T. The Extra-Terrestrial Was Going To Be Very Different? 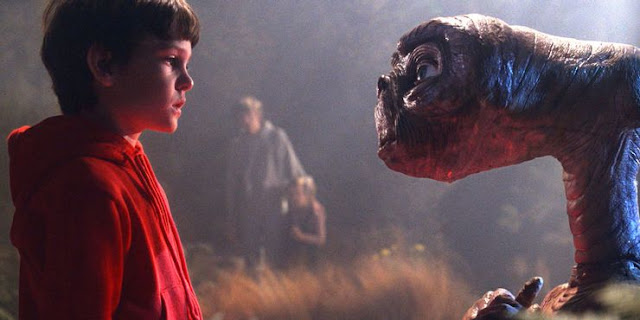 We all love E.T. The Extra-Terrestrial from start to finish and that ending will have us all in tears.  That goodbye scene and that magical John Williams score is the perfect ending to the 1982 Steven Spielberg classic.  But did you know that the ending was going to be completely different?  Spielberg had a different idea to the ending and it was, in a way thanks to the epic music by John Williams that gave us the ending we all love.

Robert MacNaughton who played Michael, Elliott's older brother in E.T. The Extra-Terrestrial had this to say about the ending in an interview with Yahoo Movies back in 2019:

“The last scene was going to be all of us playing Dungeons & Dragons again, except this time, Elliott’s the dungeon master. Because he was the one that found ET, he sort of got in with the group. [...] And then they would pan up to the roof and you’d see the communicator and it’s still working — in other words, Elliott is still in touch with E.T. But after they did the score and they saw what they had with the spaceship taking off and everything... How can you follow that? I mean, it was a wise choice."

Dungeons & Dragons was a huge influence in the shape of the movie as it even featured during auditions, MacNaughton reveals:

There was going to be two scenes in E.T. The Extra-Terrestrial that featured Dungeons & Dragons.  The afore mentioned ending scene and one at the beginning which was actually shot.  The scene where they are playing Dungeons & Dragons at the beginning was ultimately doomed to the cutting room floor, but you can watch it below and listen carefully to the "you have absolute power" line as this gives context to the line in the movie where Elliott asks his brother to swear that he has "absolute power" before revealing E.T.

You can enjoy the Escape / Chase / Saying Goodbye track from the 2002 soundtrack reissue edition below: