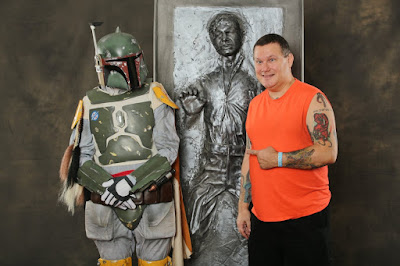 The year hasn’t ended yet, but we lost two more Star Wars icons in December with Dave Prowse and Jeremy Bulloch. I never had the pleasure of meeting Dave Prowse, but got his autograph quite a while back when OfficialPix had done a signing with him. I did however, have many opportunities to meet Jeremy Bulloch and got his signature on action figures, 8x10’s and what not. He was always very kind and pleasant and was a joy to be around.
Back in November of 2017, there was a convention in the Chicagoland area called “Days of the Dead”, which is primarily a horror-themed con, but Jeremy Bulloch was appearing there, and they were offering a rare chance for a photo-op with him IN the Boba Fett armor, with Han Solo in carbonite as a backdrop. Everyone got two pictures with him, one with the helmet on, and one with it off. I was so glad to have had that opportunity. 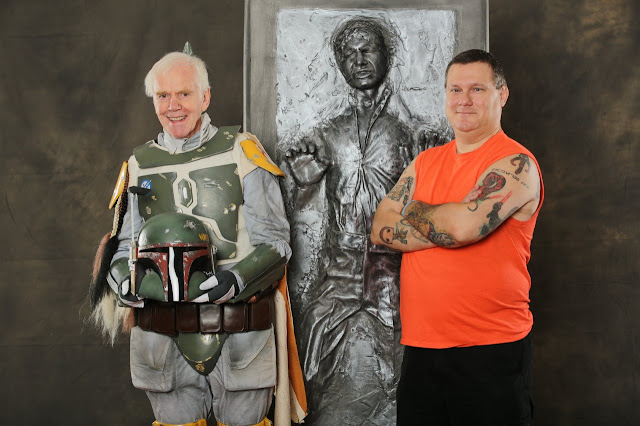 The other photo-op I did with him was back at “Star Wars Celebration Anaheim” in 2015. It was a group pic of him along with Daniel Logan, John Morton (who filled in and donned the armor for the scene where he’s talking with Vader and Lando on Bespin after watching Han get tortured, as Jeremy couldn’t be there when that scene was filmed), and Dickey Beer (who did the stunts). 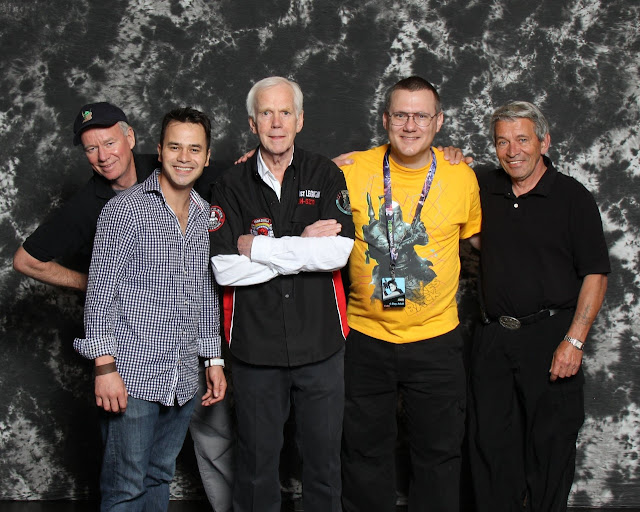 My thoughts are with his family at this time. It’s always hard to lose someone, but especially so around the holidays. He is now one with the Force, and lives on forever in the hearts and minds of Star Wars fans everywhere. Rest in peace Mr. Bulloch, and may the Force be with you always.
Dan
The Bearded Trio - The Site For Steven Spielberg, George Lucas, John Williams and a whole lot more.