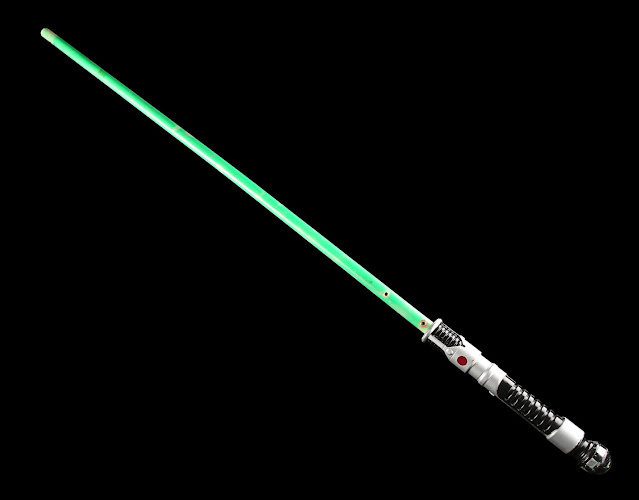 Lightsabers, a Stormtrooper costume, blasters and more from the Star Wars films to go under the hammer in upcoming London auction on 1st & 2nd December 2020

Stephen Lane, Prop Store CEO, commented on the upcoming auction: “I am a massive Star Wars fan myself, so I’m particularly excited about some of the incredible lots we have coming up for auction, including a number of different lightsabers used by various Jedi, with the highlights being those used by Obi-Wan and Darth Vader. We have a number of very cool props from the original trilogy, including a Stormtrooper blaster and Hoth Rebel Trooper blaster rifle! Prop Store is thrilled to be offering such iconic pieces of the Star Wars universe to fans, together with over 900 props and costumes at Prop Store’s Entertainment Memorabilia Live Auction next week, on Monday 1st and Tuesday 2nd December 2020.”

Nick Gillard said about his time working with Ewan McGregor and Hayden Christensen on the Star Wars prequels:

Looking back at the prequel trilogy, how did you approach the creation of a fighting style for these Republic-era Jedi?

“We hadn’t seen Jedi, young Jedi in their prime, fighting before. So George [Lucas] said, “Can you come up with a style that’s going to work for this?” He wanted everything in Star Wars – not just the fighting, but also props, costumes, things like that – to have a familiarity to it. So you have to base it on something people know. If it’s a gun, he’d reject some super-smooth space-gun for something with a bit of a flintlock thing on it. There had to be something you recognize. So I based the fighting style on kendo, but I also tried to use every cool sword style that there was, and tried to marry them all together.”

How physically demanding was it for the actors during these lightsaber duels?

“Oh, incredibly demanding. It was the most demanding thing they did on those films. They would normally come for six-to-eight weeks prior to shooting and rehearse for at least four hours a day – although Hayden [Christensen] would often do eight hours every day! Ewan [McGregor] also put in a lot of time on all three films. He’s fabulous to work with: brave, smart, a natural athlete, and he wants to get it right.” 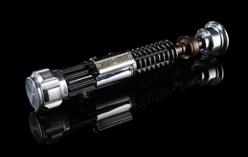 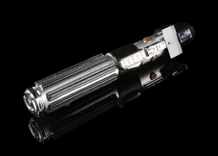 The auction will be live streamed online for fans to track the action and participate in bidding themselves. Bids can be placed online or by phone from anywhere in the world.

Prop Store are holding virtual preview exhibition events via social media in the lead up to the auction, with opportunities to see props from the auction up close and ask questions of the specialists. Registration is open and online proxy bids can be submitted here: https://ukm.propstoreauction.com/m/view-auctions/info/id/244