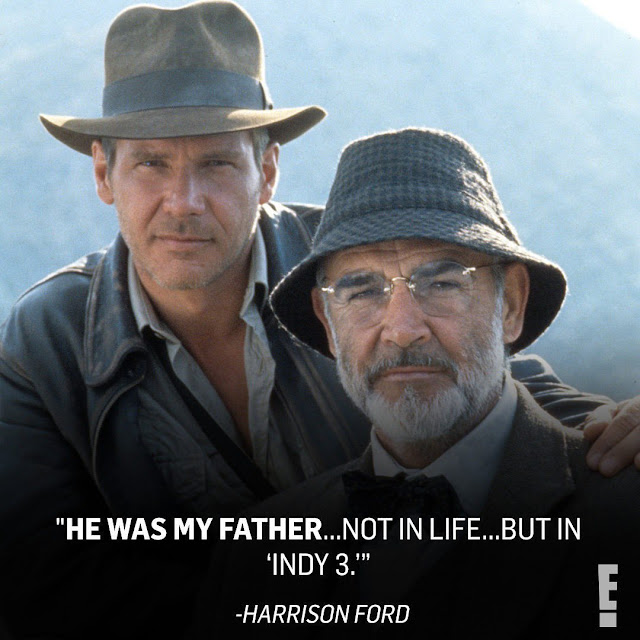 This month we lost a legend in the world of movies as Sir Sean Connery passed away at the age of 90.  Dan Dudych takes a look back at the first time he watch The Last Crusade and how Sean Connery became a fan favourite.

I was shocked and saddened to hear of the passing of Sean Connery. Now, the first Bond film I saw was “Moonraker”, and that was on television, so Roger Moore was the first James Bond I came to know. I eventually did see all the films, no matter who was playing 007, but what I most remember Connery from was “Indiana Jones and the Last Crusade”.
I still remember a local record store was giving out complimentary tickets to an advance screening of the film, and I got there before the store even opened to be sure I secured mine. I went with a friend and remember the sound going out two or three times in the first ten minutes of the film and thought; “This is off to a great start.”, but then everything ran smoothly, it was a great time, and I thoroughly enjoyed the movie.
This past weekend, a local theater was having a retro-film series where admission was only $1.00 on Sundays and “IJATLC” was one of the films being shown. In honor of Mr. Connery’s passing I thought “Why not?” Not to mention that the “Indiana Jones” franchise is second only to “Star Wars” as far as my favorite film series go. 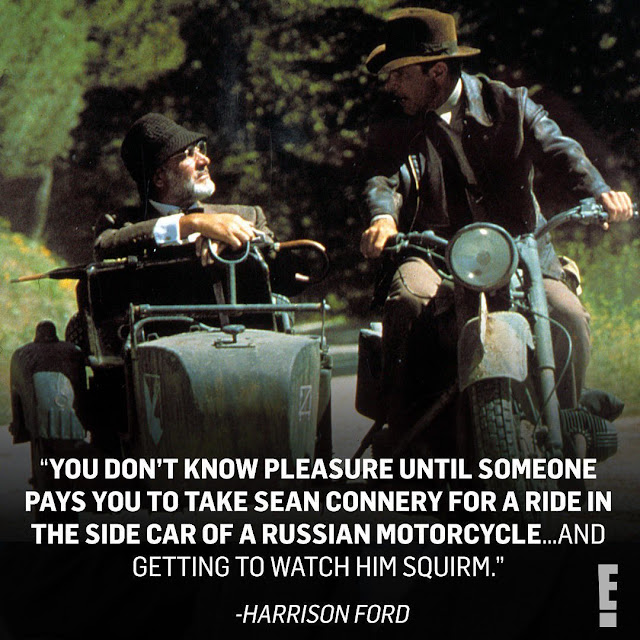 Watching the film on the big screen again, I thought back to having seen this film for the first time in 1989 and how much has changed since then. In addition to Connery, we have also lost River Phoenix and Denholm Elliott. In fact, I had heard that a lot of the filming Mr. Elliott did for the movie was relegated to days where he was well enough to work. He was suffering the effects of AIDS and passed away some 3+ years after the movie was released.
“Last Crusade” was Spielberg’s apology letter to the fans for “Temple of Doom”, which he felt was way too dark (It was that film and “Gremlins” that brought about the “PG-13” rating) and because of that, his least favorite among the franchise. (I’m not sure if he still feels that way after “Crystal Skull” was released. I for one enjoyed “IJATKOTCS”, but it definitely isn’t in my top 3.) I heard Spielberg tried to get Connery back for part IV, but his reply was that he was having too much fun being retired, but if there was one film that could have gotten him to come back, it would have been that one. So his role in the picture was relegated to a photograph on Dr. Jones’ desk.
At first, Connery didn’t want to even do “Last Crusade”, considering he and Ford were only twelve years apart in age. But the magic of movie make-up and effects made him LOOK the part, and they both carried off their roles beautifully. I loved the repartee between them and would have loved to see them go on many different adventures, sadly that was not to be. But I’ll always have the quest for the holy grail to watch, enjoy, and remember. Rest in peace, Mr. Connery. You’ve done your country (and your fans) proud.
Dan
The Bearded Trio - The Site For Steven Spielberg, George Lucas, John Williams and a whole lot more.