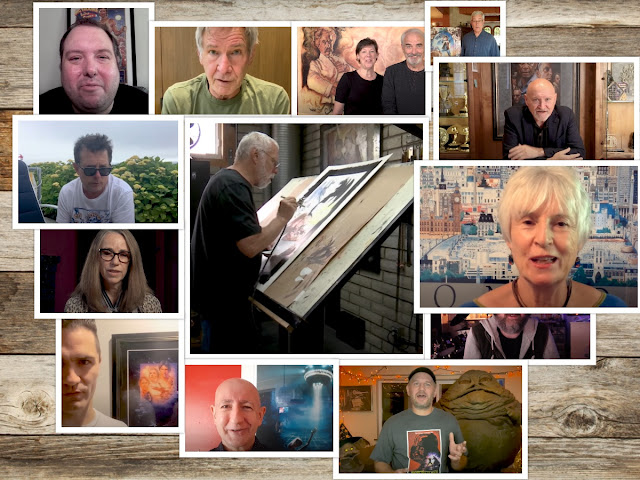 Who isn't a fan of Drew Struzan?

Think of a popular movie from the 80's and it's likely it was Drew Struzan who created the movie poster for it.  He is without a doubt one of, if not the most iconic artist when it comes to movie posters and it's only right his natural talent is recognised.  His recent induction to the Society of Illustrators Hall of Fame was congratulated by many fans and quite a few you will recognise in this wonderful video created by Erik Sharkey (Drew: The Man Behind The Poster documentary) and Jim Sanders.
The reel includes congratulatory words from Harrison Ford, Frank Darabont, Dean DeBlois, Sam Witwer, Bob Gale, Greg Nicotero, Leonard Maltin, Floyd Norman, Greg Hildebrandt, Steve Chorney, Paul Shipper, Mark Raats, Dylan Struzan and Michael J Fox.
The video also includes never before seen footage of Drew painting in his studio. The music was done by composer Ryan Shore.
Congratulations, Drew!
The Bearded Trio - The Site For Steven Spielberg, George Lucas, John Williams and a whole lot more.