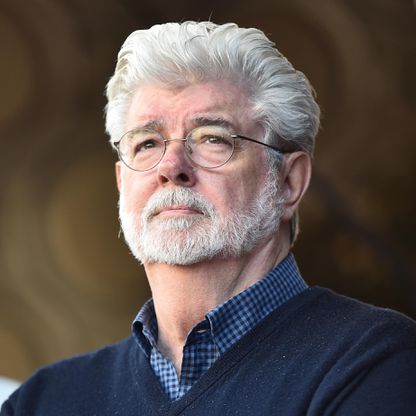 During the Welsh Bafta's this Sunday, George Lucas will be giving a special message along with James Cameron and others.
Handing our awards will be Catherine Zeta-Jones and singer Katherine Jenkins to name a few.  TV series, Dark Materials has a whopping nine nominations and Sir Anthony Hopkins is up for best actor for his performance as Pope Benedict XVI in The Two Popes.
There will be 21 categories in total and George Lucas will be giving his special message for the outstanding contribution to film and television.  Welshman, art director and production designer, Leslie Dilley will receive the award.  Dilley won an Oscar for Star Wars in 1978 and for Raiders of the Lost Ark in 1981.
You can find out more about the Welsh Baftas by clicking here along with details on how to watch the ceremony live.
The Bearded Trio - The Site For Steven Spielberg, George Lucas, John Williams and a whole lot more.