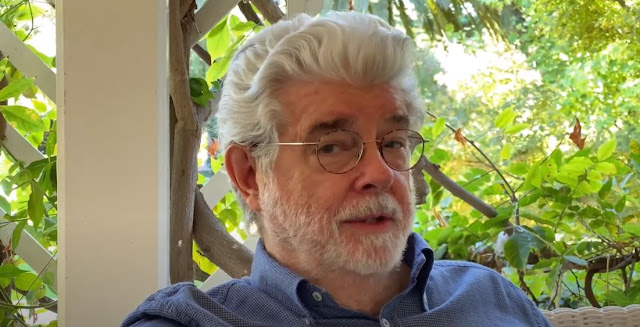 On Sunday, production designer and art director Leslie (Les) Dilley received the Outstanding Contribution Award, one of the highest accolades BAFTA can award at the British Academy Cymru Awards.  It was streamed live online and Alex Jones (not that one) was the host. 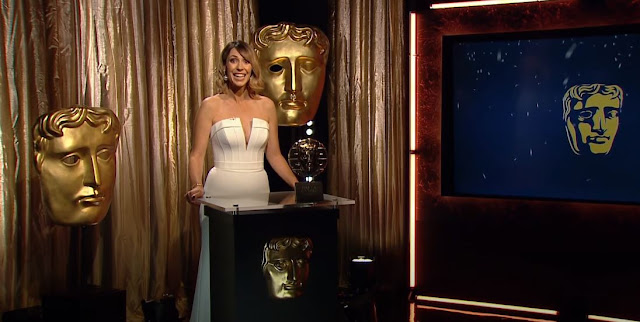 Les Dilley was born in the Rhondda, Wales and has worked on some of the most iconic movies such as Star Wars: A New Hope, Empire Strikes Back, Raiders of the Lost Ark and Alien to name but a few.

James Cameron started off the compliments explaining how he had the pleasure of working with Les in 1988 on The Abyss and how it was a "horrifically challenging film for a number of reasons and we always that felt we were in such great hands from the design, from the sense of functionality of this deep ocean  underwater drilling rig to the execution of it, Les was able to build sets that were so real, feeling to us as the crew and to the audience when they saw the film and then layered on top of that was the pure fantastical, this otherworldly alien civilisation that lives deep in the ocean as well.  When I look back on that film its with great pride for the design, the conceptulation and the physical execution but I just want to give you a shout out personally and say thank you after  all these years for creating something amazing.
George Lucas also gave praise to the Welshman saying. "Les Dilley was an all round great guy and very easy to work with and he was my main contact with the art department.  He was always on top of things, I would say "we need to move that wall" and he would say "I'm on it" and that's the kind of people you like working for you.  They're creative, they're thoughtful and they are always willing to do their job not matter how impossible it is and how crazy I act sometimes.  I had a tendency to under do the sets so the Death Star control room, I told those guys I could do it with one side of the set and then when I got there in the morning I realised I couldn't do it on one side of the set and need three sides of the set.  So, a lot of that set was built while we were shooting that morning, they got it done by lunchtime, the paint was still drying and Les was a big part of that.  You know it was one of those impossible tasks and he just pulled it off.  He always had a good sense of humour about it.  Congratulations, Les.  You're a great guy, you were a great help on the movies and if anybody deserves this award, you do."
John Landis joked "Hi Les, I am completely thrilled by your knighthood...What?  Oh!  BAFTA?  That's good too...That's good too."  Landis goes on to explain how he convinced him to work on American Werewolf in London, how he became the art director for the film and did a remarkable job. 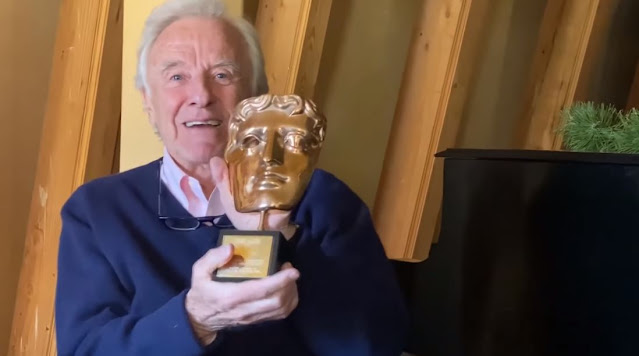 Les Dilley thanked his family and a few special directors. "I would like to say thanks for the continue education I received on set and the opportunities to advance by working with several outstanding directors including George Lucas, Steven Spielberg, Irvin Kershner, Ridley Scott, Jim Cameron, John Landis and Mimi Leder...Thank you again BAFTA, it's such an honour to receive this award and I am so grateful."
Congratulations, Les.  You deserve the award and thank you for the wonderful movie magic over the decades.
You can watch the awards below and the award to Les Dilley is at 1h5m11s.
The Bearded Trio - The Site For Steven Spielberg, George Lucas, John Williams and a whole lot more.