BOOK REVIEW: The Art of NASA: The Illustrations That Sold The Missions 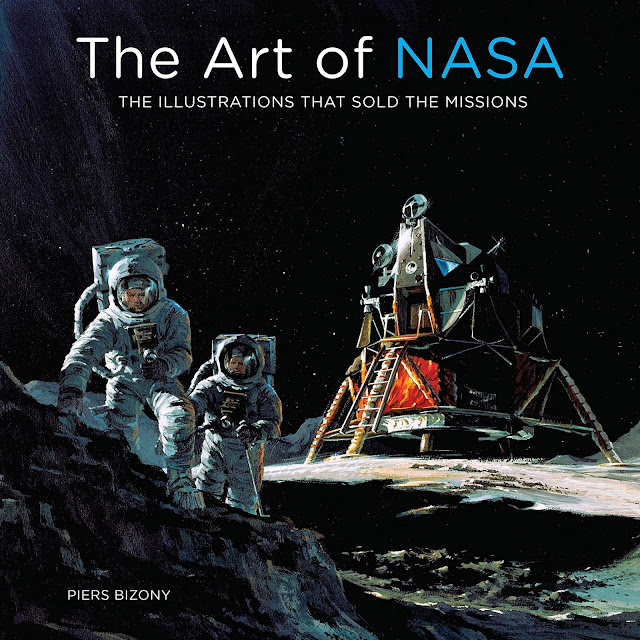 The Art of NASA: The Illustrations That Sold The Missions

Anyone interested in the filmmaking process is likely aware of the use of concept art created to bring a director’s ideas to life. The concept artist’s aim is to help the filmmakers explain their film through a visual language. This not only helps those working on the film understand what they’ll be involved in and/or what’s expected of them, it also helps sell the film to studios. Making a film is a huge endeavor requiring financial backing, and concept art helps the money people understand what the director has in mind.

What many might not know is the same idea of creating concept art to sell a project has also been employed by NASA since its inception. It isn’t enough to have missions in mind and goals to achieve. Getting to space demands the support of politicians and people with the financial means to help those missions and goals become reality. It also requires the imagination and enthusiasm of the public to get those ambitions off the ground. From the very beginning, NASA commissioned artists to visually interpret what the space program hoped to accomplish. Leaving Earth behind, landing on the Moon, building space stations, visiting other planets in our solar system, and eventually going beyond the limits of our galaxy.

Over 3,000 pieces of art were created over the years. Some are lost to time, but The Art of NASA: The Illustrations That Sold The Missions features a selection of 200 choice works appealing to the eye, the intellect, and the sense of adventure and exploration. Written by Piers Bizony, The Art of NASA outlines the story of the organization, highlighting both the highs and lows — from the Moon landing, the launch of the Hubble telescope, and the International Space Station, to the Challenger and Columbia disasters.

It isn’t a comprehensive look at NASA’s history, but that isn’t the true purpose of the book. Its intent is turning the spotlight to the stunning imagery created by talented and imaginative artists such as Robert McCall, Davis Meltzer, Martin Marietta, Paul Calle, Russ Arasmith, and so many more. Most of the works depict planned-for missions intended to illustrate a particular purpose. Some depict prior achievements, or speculate on what could be. Others are more technical in nature, such as cross-sections of ships or suits worn by astronauts. All are museum quality, as you can see in some of the sample images below. 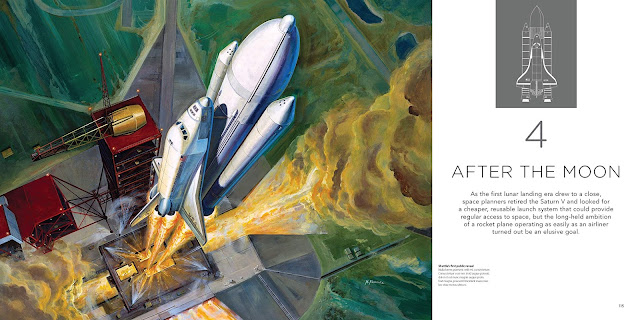 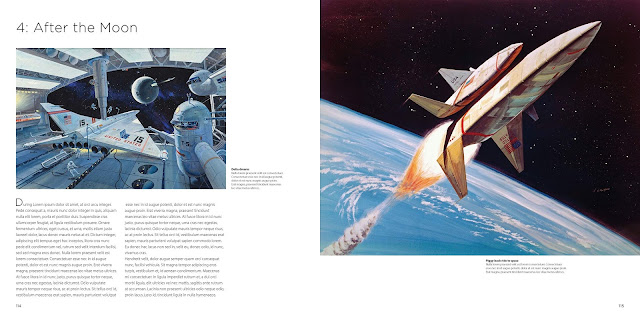 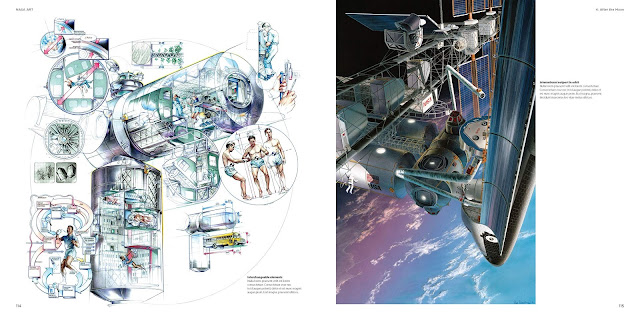 I’m not an expert in all things NASA or space exploration, but like so many I admire the dedication, ambition, and bravery exhibited by all those who have striven over the years to bring the universe home. I look to the stars and dream. I've watched all the launches and landings I could, grieved the losses and celebrated the successes. Most recently I was hooked on the Space X collaboration with NASA, returning American astronauts to space without depending on outside assistance. Looking at the artwork beautifully presented in The Art of NASA, I felt that familiar feeling of pride stir my heart and imagination. The book is a good reminder that nothing about the space program should be taken for granted or looked at in a blasé way. It’s too important, not only in figuring out our place in the universe but also in determining our future potential.

The Art of NASA is a generously sized coffee table book, clocking in at 320 pages, with 425 color and black and white images. The star is the artwork, and everything about the book is designed around it. That said, along with my earlier acknowledgment of the art being the purpose of The Art of NASA, I do wish there was a bit more history included. It’s a relatively quick read, which is fine, but I wanted more. This shouldn’t really be read as a negative critique, but more as a regret since I enjoyed reading about the different missions, people, and anecdotes. I appreciated Piers Bizony's writing style.

Since we’re not so far off from Christmas and the holiday gift giving season, The Art of NASA would be perfect for anyone in your circle who is fascinated by space exploration. It would especially be ideal for anyone who appreciates art, or is an aspiring artist in their own right. Page after page is filled with inspiration. The Art of NASA: The Illustrations That Sold The Missions takes readers on a grand adventure.

Thank you to The Quarto Group and Motorbooks for generously providing a copy of this book for review purposes.