Back to the Future: The Ultimate Visual History Gets A Revised and Expanded Edition. 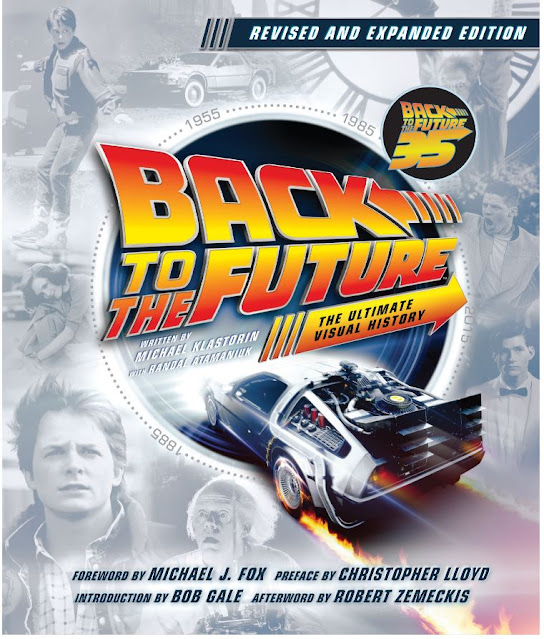 It's better than that!  It's a REVISED and EXPANDED edition of the excellent BACK TO THE FUTURE: THE ULTIMATE VISUAL HISTORY.  I own the original version of this book and believe me this book needs to be in your collection whether you love the Back to the Future movies, a Steven Spielberg fan or just a movie buff.  It is, in my opinion the most detailed book on Back to the Future I've ever read with behind-the-scenes info that has never been seen anywhere before.  With an expanded edition of the book I don't think there will ever be a more definitive look at the Robert Zemeckis directed movies.
Author, Michael Klastorin obviously doesn't care about "screwing up future events or the space-time continuum" because the book time-line has been re-written.  This edition is bigger covering more Back to the Future goodness such as the IDW comics, Back to the Future day and the game from Telltale Games which I for one can't wait to read about as I loved playing the episodic video game with voice talents from Christopher Lloyd, Claudia Wells and The Clone Wars very own, James Arnold Taylor. 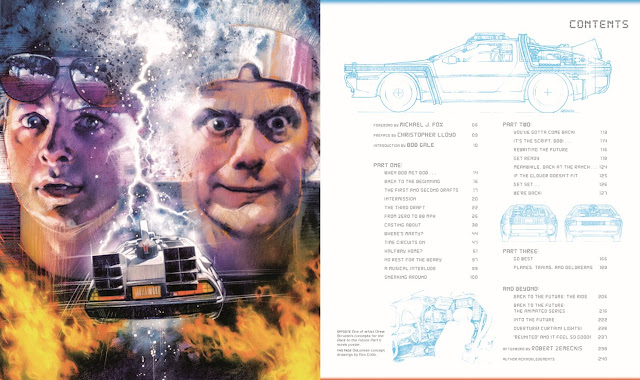 Look out for a full review on The Bearded Trio but for now we've included the full press release along with a link to pre-order your copy:
For over three decades, the Back to the Future films have delighted audiences with the adventures of Doc Brown and Marty McFly. Now, you can celebrate the 35th anniversary of the original film with BACK TO THE FUTURE: THE ULTIMATE VISUAL HISTORY: REVISED AND EXPANDED EDITION (Insight Editions; $50.00; November 3, 2020), which gives an updated look at the iconic movie trilogy and the wider world of the franchise.

Including never-before-seen behind-the-scenes photos, this deluxe volume also features a range of incredible inserts that fans will love.

This revised and expanded edition takes the story even further, covering everything from the events of 2015’s Back to the Future Day, as well as details on IDW’s series of comics, Tell Tale Games video game, and a complete behind-the-scenes look into the creation of Back to the Future: The Musical, and so much more. The book features new interviews with co-creator/writer/producer Bob Gale, legendary composer Alan Silvestri, Grammy award-winning songwriter Glen Ballard, Tony award-winning director John Rando, and the show’s stars Olly Dobson (Marty McFly) and Roger Bart (Doc Brown), among many others. 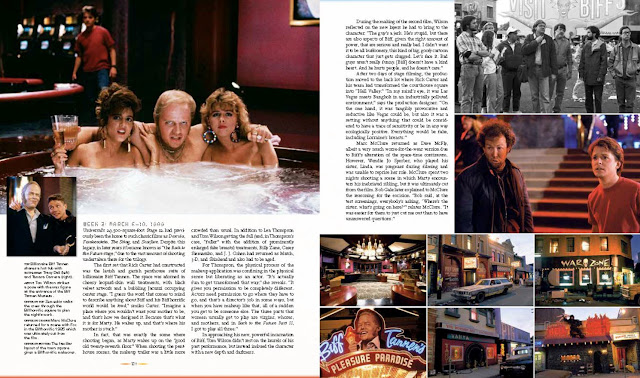 About Insight Editions:
Celebrated for its unwavering dedication to quality, Insight Editions is a publisher of innovative books and collectibles that push the boundaries of creativity, design, and production. Through its acclaimed film, television, and gaming program, Insight strives to produce unique books and products that provide new ways to engage with fan-favorite characters and stories. Under this program, Insight has published books covering the worlds of Star Wars, Game of Thrones, The Walking Dead, Destiny, Assassin’s Creed, Halo, Diablo, World of Warcraft, and the Harry Potter films, among many others. Insight’s award-winning art, photography, and sports titles celebrate the artistry and history of a wide range of subjects that include the Rolling Stones, John Lennon, Kurt Cobain, Johnny Cash, the San Francisco Giants, and the Dallas Cowboys. Other divisions include a line of deluxe stationery products, as well as a children’s imprint, Insight Kids. For more information, visit www.insighteditions.com.
Amazon Link to book.