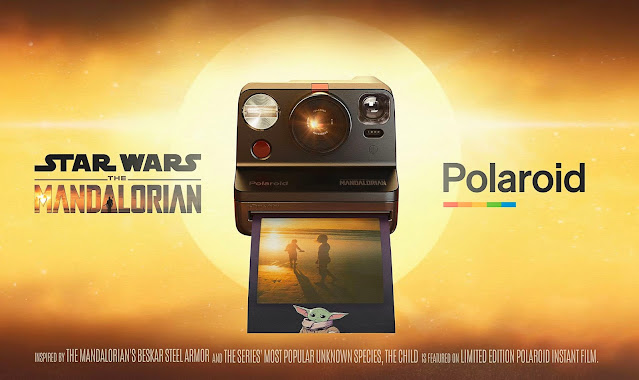 Take Instant Photos Of Your Next Target With This Madalorian Special-Edition Polaroid Camera.

Lucasfilm and Polaroid are teaming up to bring us a special-edition Mandalorian instant camera.  Perfect to take photos of your Baby Yoda growing up or your next bounty hunter target.  Even the film has limited-edition frames to give you that galaxy far, far away feel.  Once the film runs out you can pretend the camera is a pair of macrobinoculars and quote Luke from A New Hope "Well, there are two banthas down there, but I don't see any— Wait a second, they're sand people, alright. I can see one of them now." (Just don't blame me if you get in a fight with a sand person.)  Anyway, here's the full press release: 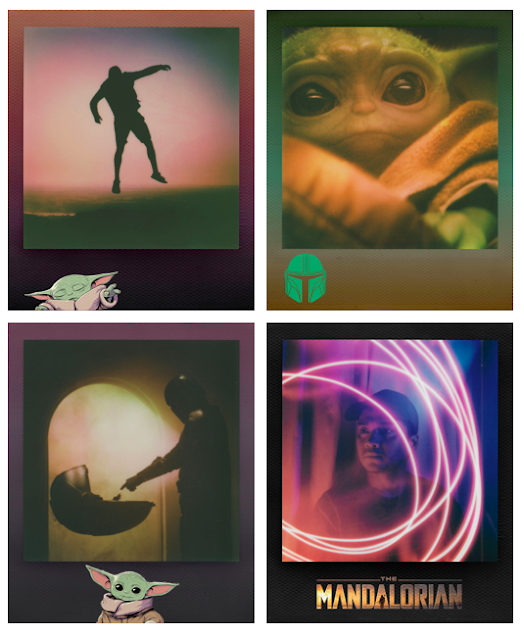 Today, Polaroid, in collaboration with Lucasfilm, launches an exclusive camera and film to celebrate the Disney+ live action Star Wars series, The Mandalorian™. To create your own adventures inspired by The Mandalorian™, Polaroid has redesigned its latest analogue camera, the Polaroid Now camera, with special-edition Polaroid film to capture the magic within our own galaxy.

Cased in colours and textures inspired by the Mandalorian’s armour, the special-edition Polaroid Now camera is reminiscent of Beskar steel adorned with the titular character’s design details. The Polaroid Now camera also features the latest analogue technology with autofocus, double exposure, self-timer, and a dynamic flash.

A partner to The Mandalorian™ Polaroid Now camera, the Child-inspired i-Type film features eight colour photographs from the limited-edition frame designs. There are 12 frames to collect in total. Each frame displays sepia, purple, or green oil slick iridescent tones that are emblazoned with characters and symbols from the series.