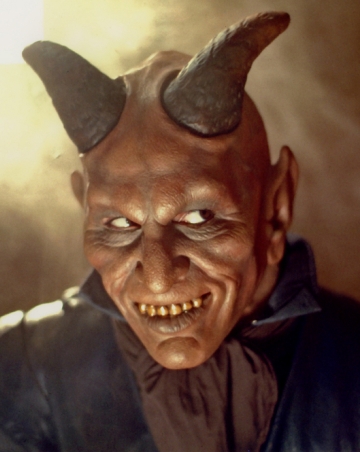 Saw on social media that Penny McCarthy passed away recently. People may not remember her, or know her by name, but Star Wars fans will always remember the character she played. For those of you who don’t know who she was, she played the Devaronian male Kardue’sai’Malloc, also known as Labria, in Episode IV (one of the cantina aliens). She was also the restraining bolt Jawa, and a hand double for actress Carrie Fisher (the hand you see inserting the disc into R2-D2 at the beginning of the film was her hand.) She is also listed on IMDB as being an assistant auditor for the film.
Per IMDB, other films she worked on included: “Bright Lights, Big City” as an assistant to the director. A production coordinator on “Pefect”, & “Mike’s Murder”, Auditor on “Let’s Spend the Night Together”, assistant auditor on “Absence of Malice”, assistant producer on “The China Cyndrome”, location auditor on “Borderline”, and received special acknowledgement for “Psycho Cop”. 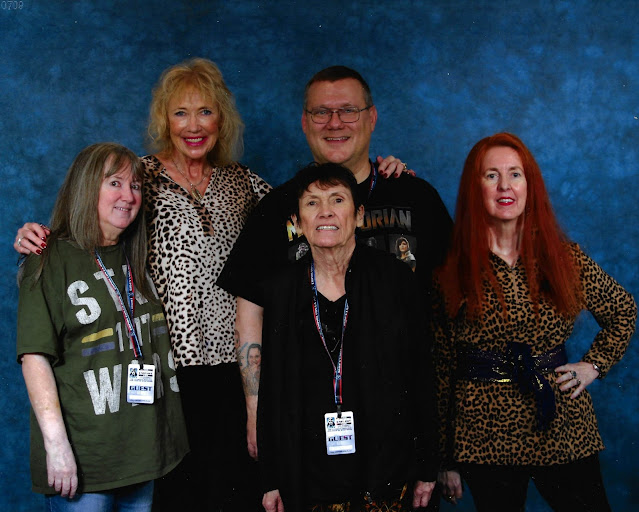 I had the opportunity to meet her at Star Wars Celebration Chicago last April, and also at EmpireCon LA in December (in the photo, she’s the one standing right in front of me). My condolences go out to her family, may she rest in peace.
Dan
The Bearded Trio - The Site For Steven Spielberg, George Lucas, John Williams and a whole lot more.