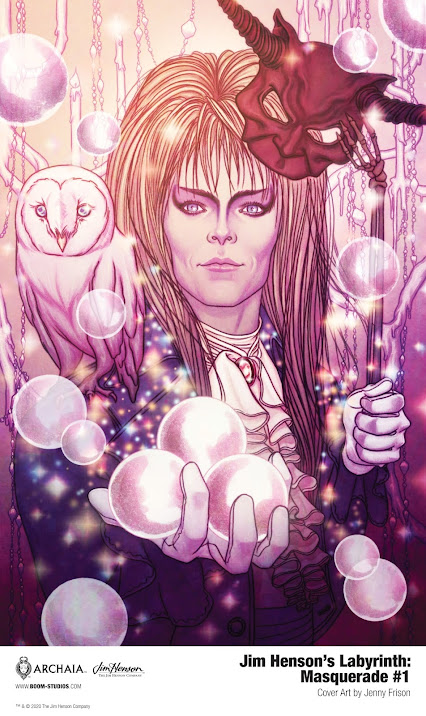 You’re invited to the ball of the season! But all is not as it seems with the guests of Jareth’s famous Masquerade, as one of the partygoers slowly awakens to the reality of her topsy-turvy existence in the Goblin Kingdom after Sarah’s escape from the ball. As this mysterious participant puts together the pieces of who she is and where she is, her discoveries could unravel the very fabric of this fantasy world!

Print copies of JIM HENSON’S LABYRINTH: MASQUERADE #1 will be available for sale in December 2020 exclusively at local comic book shops (use comicshoplocator.com to find the nearest one) or at the BOOM! Studios webstore. Digital copies can be purchased from content providers, including comiXology, iBooks, Google Play, and Madefire.

For more on JIM HENSON’S LABYRINTH: MASQUERADE and more from Archaia, please visit www.boom-studios.com and follow @boomstudios on Twitter. 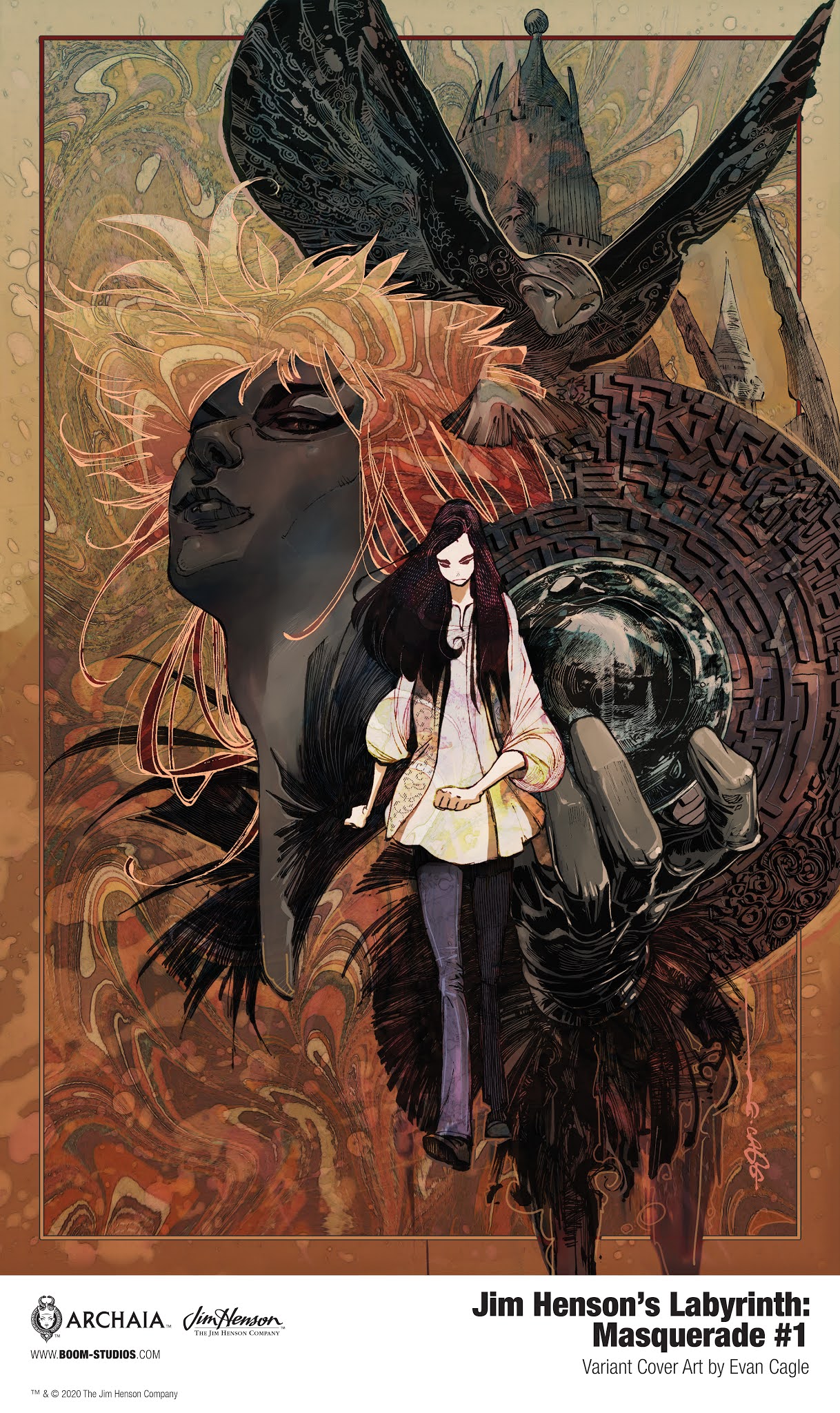