Blog: The Soundtrack Of Life By Colby Mead 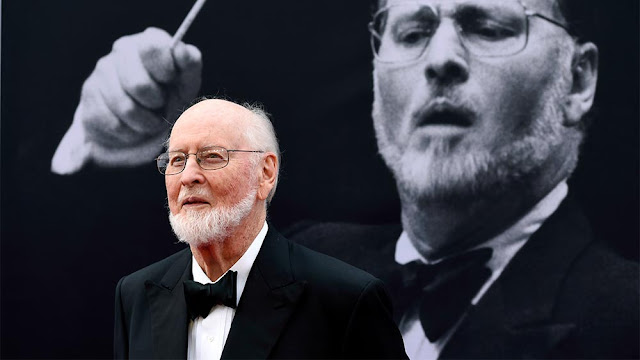 The Soundtrack of My Life by Colby Mead

I had the privilege of growing up in the 1980’s. That meant a childhood filled with Saturday morning cartoons, action figures of all shapes and sizes, video games (the ones in the arcade as well as the ones at home) and movies. A lot of movies. My earliest movie memories were Star Wars, The Empire Strikes Back, Raiders of the Lost Ark, E.T.: The Extra Terrestrial and Return of the Jedi. Not a bad start. I guess one can say that I was partially raised by the Bearded Trio. While the stories, iconography and characters from these films have stayed with me until today, nothing affected me more than the music that came with them. And for that I have one person to thank:
This one human being is responsible for the majority of the soundtrack of my life and an innumerable amount of inspiration for millions around the world. His generations defining work that is Star Wars puts him in a category by himself. Just think about it, he alone has moved us through over forty years of music in the same franchise! What other composer can that be said about? Beyond the nine Skywalker Saga films, his music set the foundation for people like Kevin Kiner (The Clone Wars and Rebels), Michael Giacchino (Rogue One: A Star Wars Story), John Powell (Solo: A Star Wars Story) and Ludwig Göransson (The Mandalorian), whose beautiful work has only enriched the already masterful sounds of that galaxy far, far away.
But then consider some of his other work:
Equally effective at moving the human spirit, this list is just a fragment. His work dates back to 1957 and includes not only motion pictures but television, too. There isn’t a genre he can't help improve with his musical prowess. He is even responsible for the NBC News theme and the Olympic Fanfare. His genius can be found everywhere. 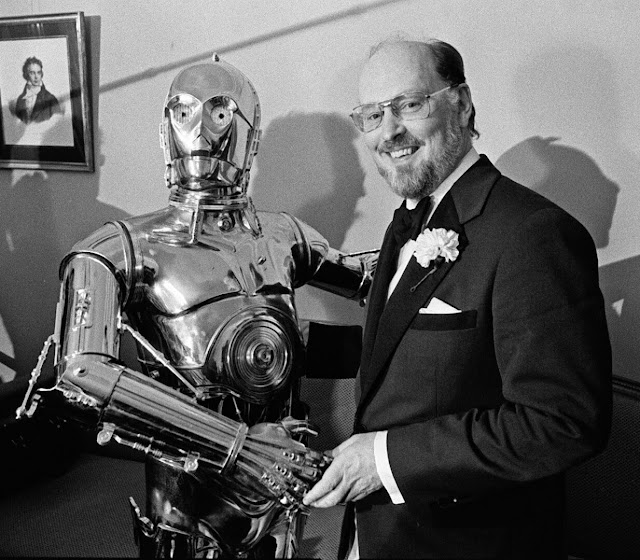 You don’t only have to limit yourself to listening to his work while watching the movie it is in either. I find myself listening to his music during so many situations in life. Have you ever gone out for a brisk morning walk while listening to Rey's Theme? Zoomed around in your car, late to work, to the Raiders March? Studied to Yoda's Theme or dreamt of endless possibilities to the swelling emotion of The Force Theme? How about going for a bike ride with E.T.’s “Flying" filling your ears? His melodies turn a dull, black and white day, to color.
Sadly, right now many of us cannot, or should not, buy a ticket to our local movie theater, walk up to the concession counter, buy ourselves a bucket of popcorn, take a seat as the lights dim and enjoy being transported to far off lands while seeing and hearing the sights and sounds of our favorite actors, directors and composers. But I, for one, am thankful for having over sixty plus years of music produced by one individual at my fingertips, ready to take me back to those early days of life as I played all afternoon with Luke, Leia, Han and Chewie taking on the evil Empire to the soaring melodies of Mr. John Williams.
Colby Mead
I love my wife. I love my kids. I love stories. Especially Star Wars stories. I wrote and self published a book called Love Will Find The Way available on Amazon. I still don't know what I want to be when I grow up.
The Bearded Trio - The Site For Steven Spielberg, George Lucas, John Williams and a whole lot more.