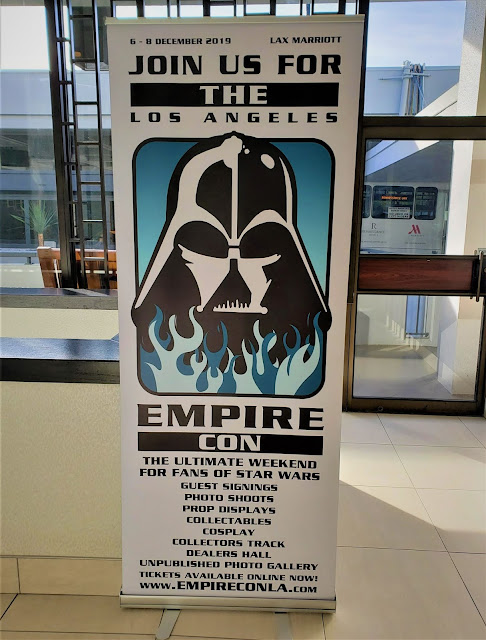 “Empire Con L.A.” was held for the first-time last December on the 6th to the 8th at the LAX Airport Marriott, which was an extremely convenient ride from the airport being a mere 1.6 miles away. I originally wasn’t going to go to this convention, what with “Star Wars Celebration” “supposed” to happen this August (darn COVID!) but the perks they offered to attend made it impossible to resist!

Now a Gold Pass was over $600! That may seem like a lot of money, but it did include two convention posters (one was signed by Jeremy Bulloch), autographs from guests not attending the con, admission to the evening parties, AND 12 autographs from the attending guests! Now they didn’t tell you until you actually arrived as to which guests you’d get free autographs from, making it rather difficult to budget considering there were about 18 guests I needed autographs from plus two authors, and they didn’t provide pricing ahead of time as to what each guest would charge. Another perk they offered was that if you stayed in the host hotel (and why wouldn’t you?) and booked your room through the Empire Con website, each night you stayed you got a free gift. One night it was an Empire Con baseball cap, another night it was an Empire Con pin set, other nights included a plastic case to put all your autographs in, and also a handy travel bag to carry that home in. If you stayed every night on the con (including Sunday night), you also got a very nice Empire Con flask & shot glass set. So I was hooked. 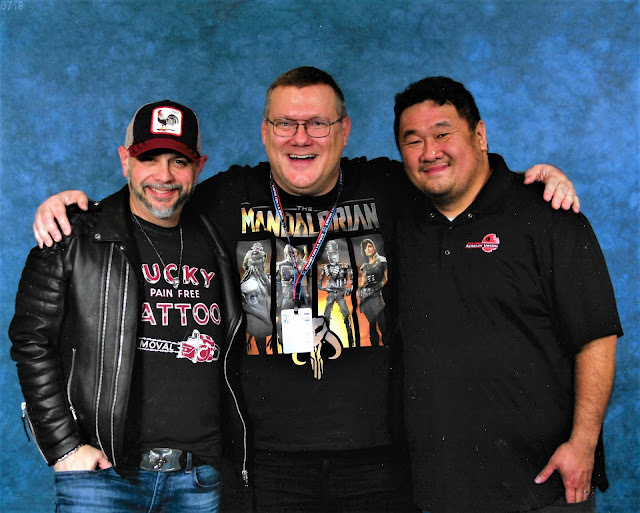 The guest list (this is just what I can remember off the top of my head, but not all) included Jawas, Cantina aliens, a Tusken Raider, Chewbacca’s stunt double from “ROTJ”, Mike Quinn (Nien Nunb) Jennifer Hale from “Knights of the Old Republic”, Mark Austin, Andy Luk (founder of the “Star Wars Autograph Universe”), Steve Grad (the Principal Autograph Authenticator at Beckett Authentication), two of the supporting cast of “The Mandalorian”, Harrison Ellenshaw (matte artist: miniature and special effects unit for “Episode IV”, & matte painting supervisor: miniature and special effects unit for “Episode V”), and Billy Dee Williams. Autograph prices ran from $20-$45.00 (BDW was more than that, but considering I had met him years ago and did not need his signature, I don’t remember what he charged.)

Photo-ops were very cheap as well ($25-$30.00), but I found out while I was there that if you and a friend or family member wanted to be in a particular picture together with said celebrity, you would have had to buy two or more tickets, depending on the size of your party. It wasn’t like other cons where each ticket was good for at least two people to be in the picture plus the star.

Each celebrity had their own “morning rush” when they first arrived at their respective tables, but after about 30 minutes or so, the lines died down and you could simply walk up and have a nice conversation with them. The show had a nice vendors area as well where people were selling merch, artwork, autographs, etc… “The Peter Mayhew Foundation” had a table there too and I got to meet Peter’s widow and other members of his family.

If you didn’t want to be carrying everything you bought, you could just jump in the elevator, take it up to your particular floor, drop everything off in your room, then head back down. It was all sooooo convenient! (This sounds awesome! - Rob)

I met the man who was running the con and asked him why he chose December as the month to hold the con. He said he wanted to do it in keeping with the same month when most of the new Star Wars films were released. I told him the problem with that was that people who worked in retail usually had a moratorium put on them as far as taking time off during December, plus people are busy getting ready for the holidays and such. He said he didn’t want this convention to become HUGE. He didn’t want to have fans waiting hours in line to get autographs and photo-ops. A couple thousand attendees was all he was looking for. Thinking about what he said, it really was nice to be able to get each and every thing done that you wanted to at a con. Not have to pick and choose what to do because there is so much to do, and the lines are always so incredibly long.

One downside I must report is that I had reserved the room on my debit card, I knew exactly how much it was going to be, so I had budgeted for that, had cash in hand, plus some extra on the card to spend at the con. Friday morning I went onto my bank’s app just to confirm how much money I had left to spend, and my jaw dropped to the floor when I saw the amount I had left was less than what I expected…A LOT less! It turns out that the hotel charged you a Per Diem rate for incidentals (anything you may charge to the room and such) of $100/day, so I was charged my room rate + $400.00! Now I understand why they do it, and am okay with it PROVIDING they tell you about it in advance! No one even mentioned this when I booked the room or checked in. I knew I would get the money back once I checked out, but by then the con would be over and it would be too late to use any of it at the convention. I still managed to have fun while there, but just not as much fun as I would have liked. ☹

One extremely unique feature at this con was the exhibition of photos on display from the “Kurtz Joiner Archive”, and I’ll talk about that in detail next time. 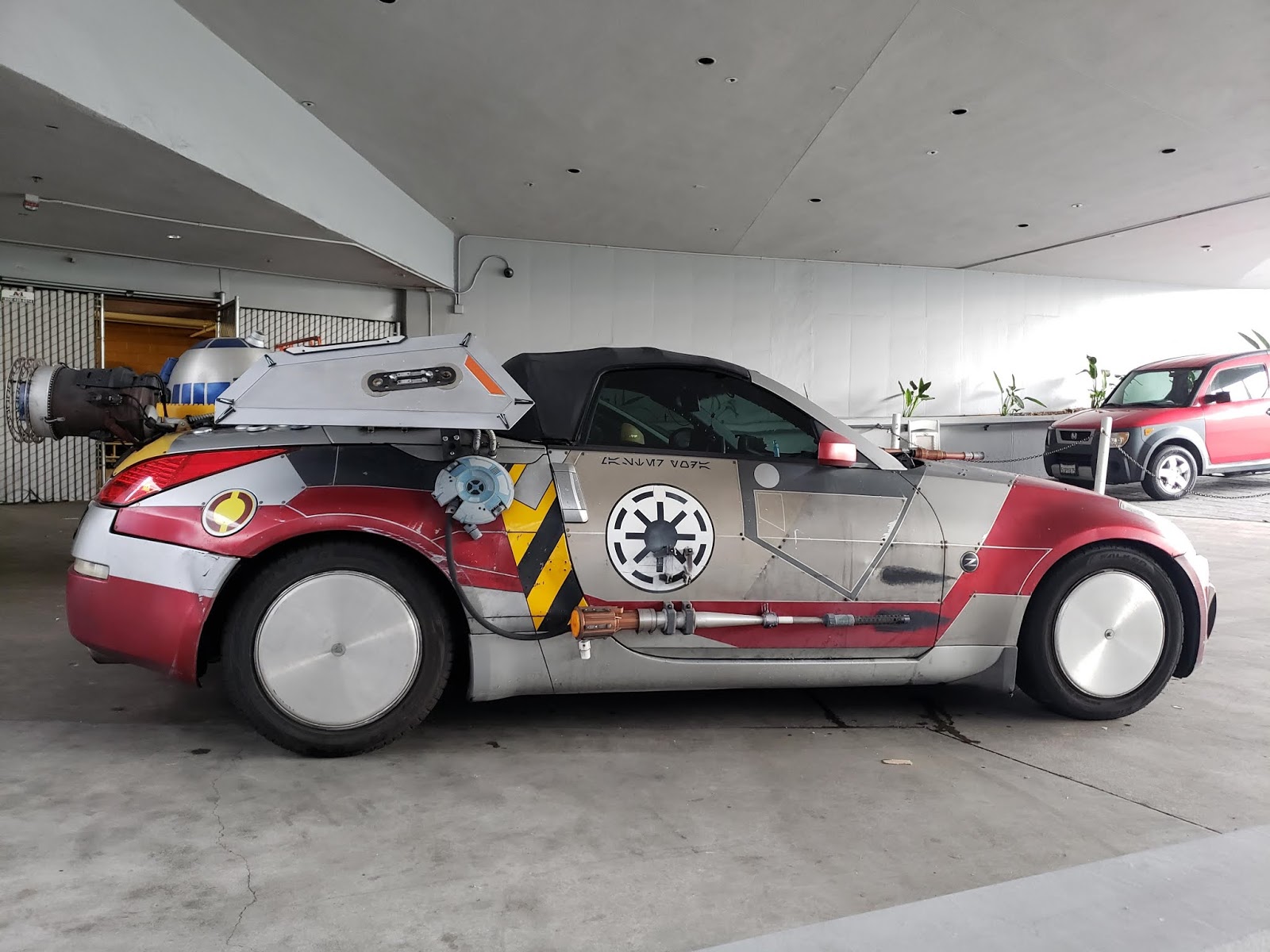 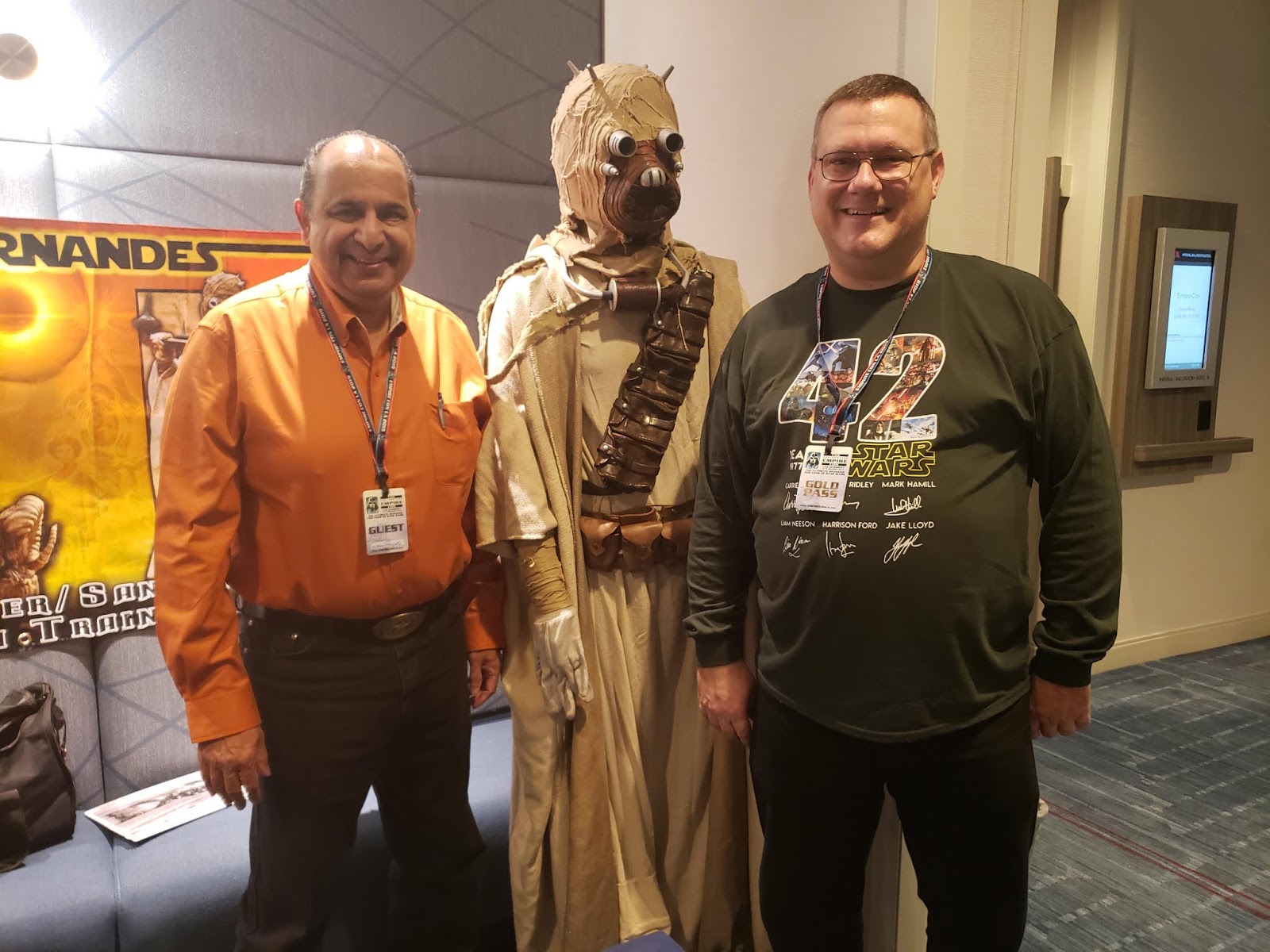 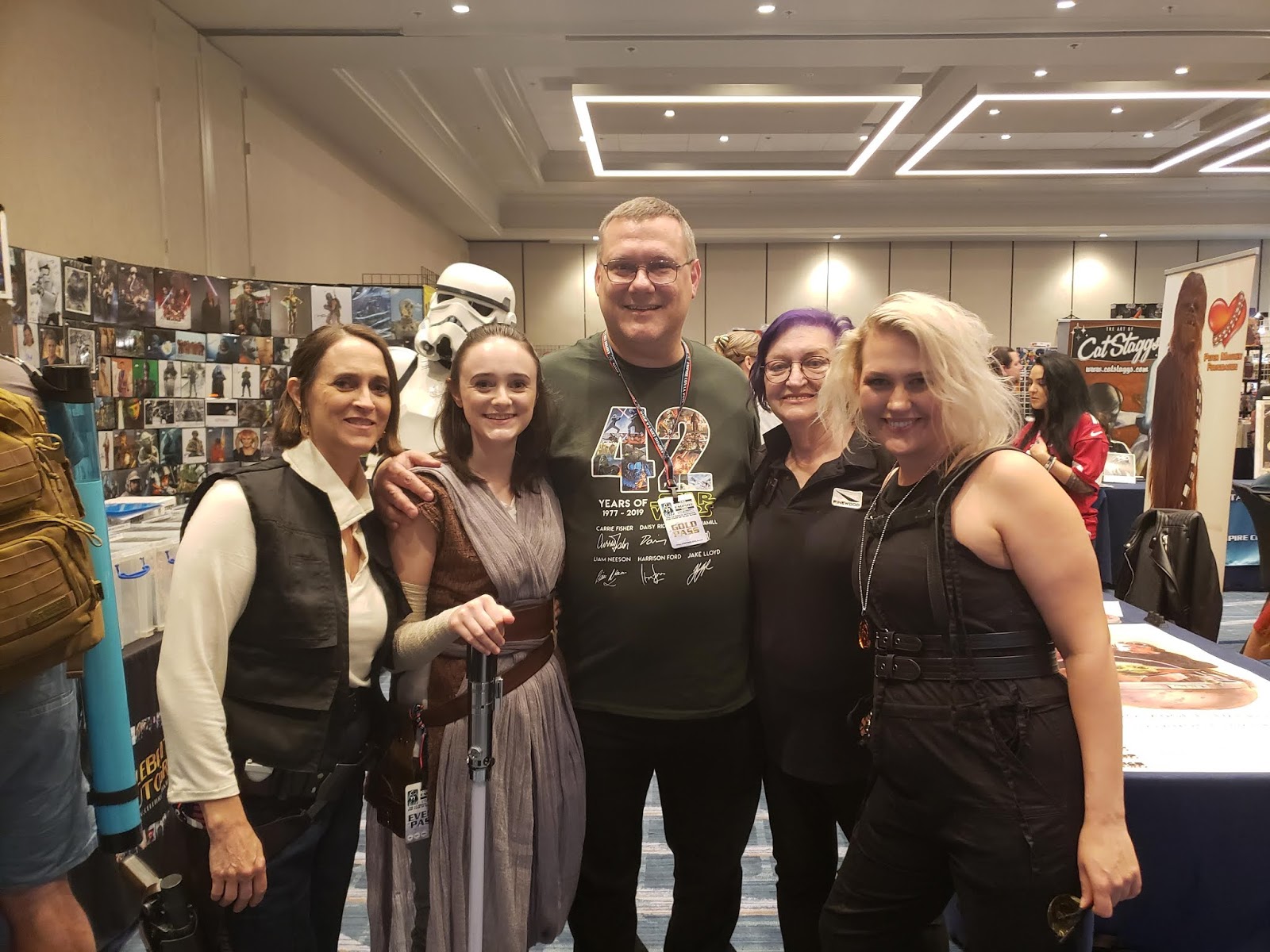 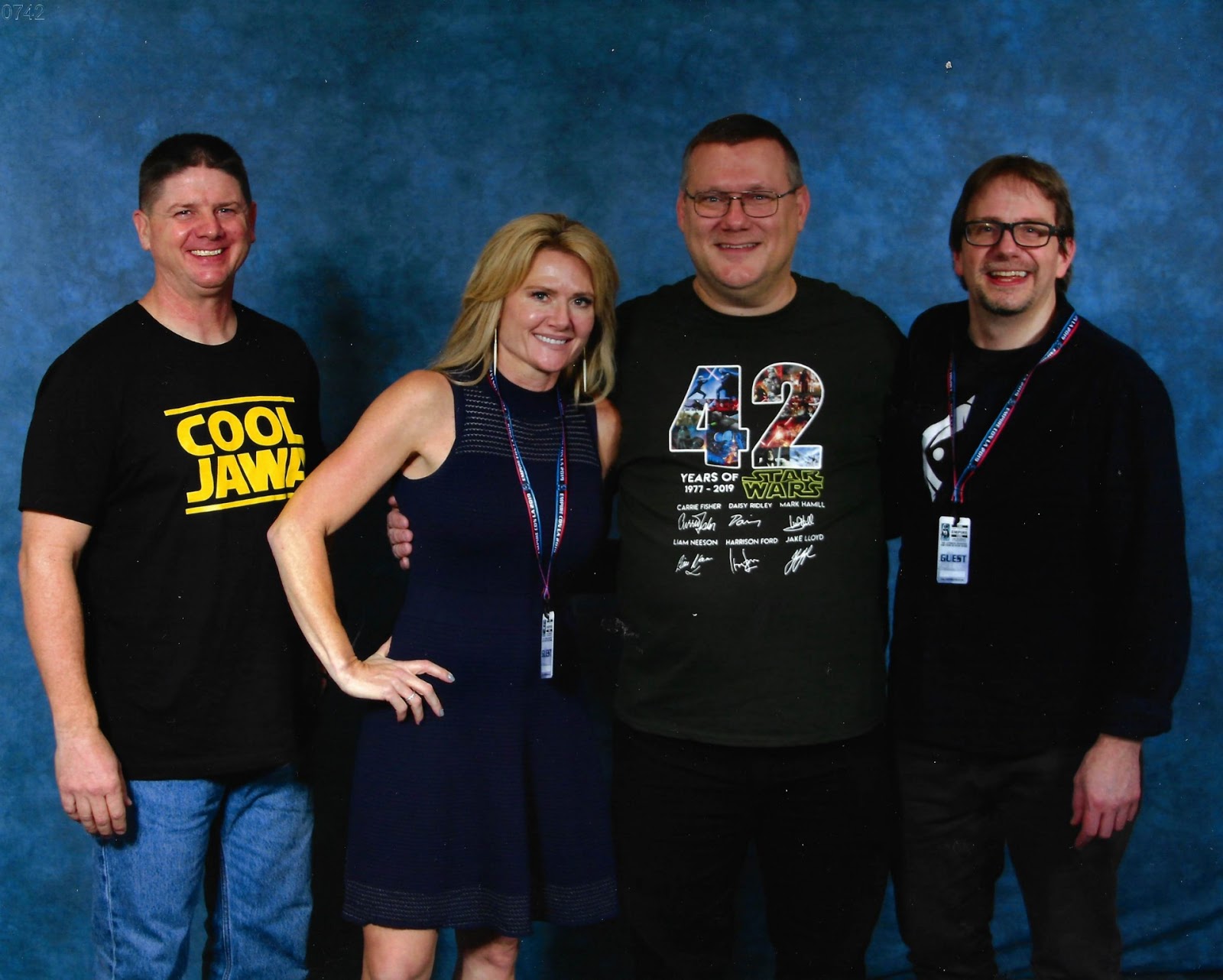 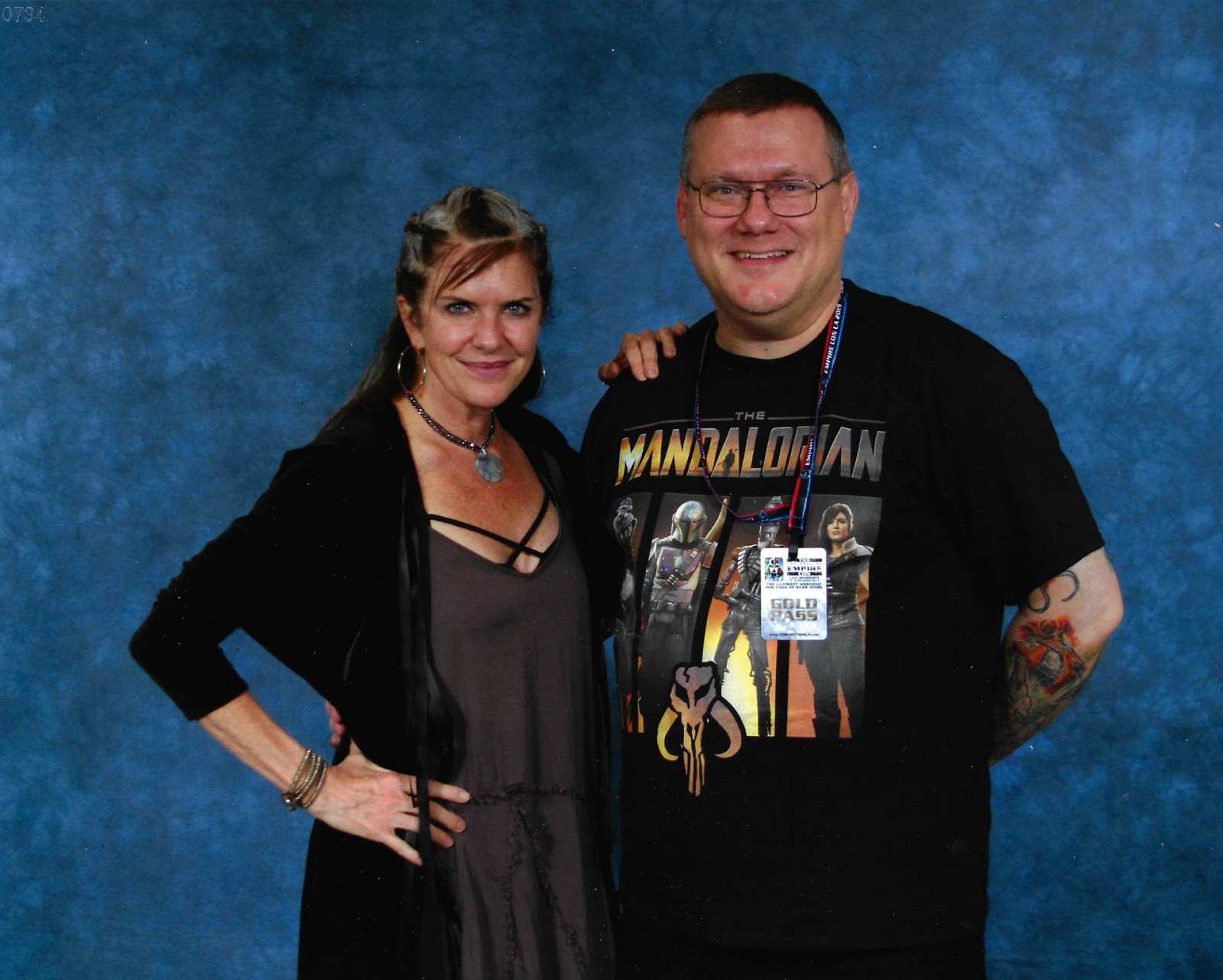 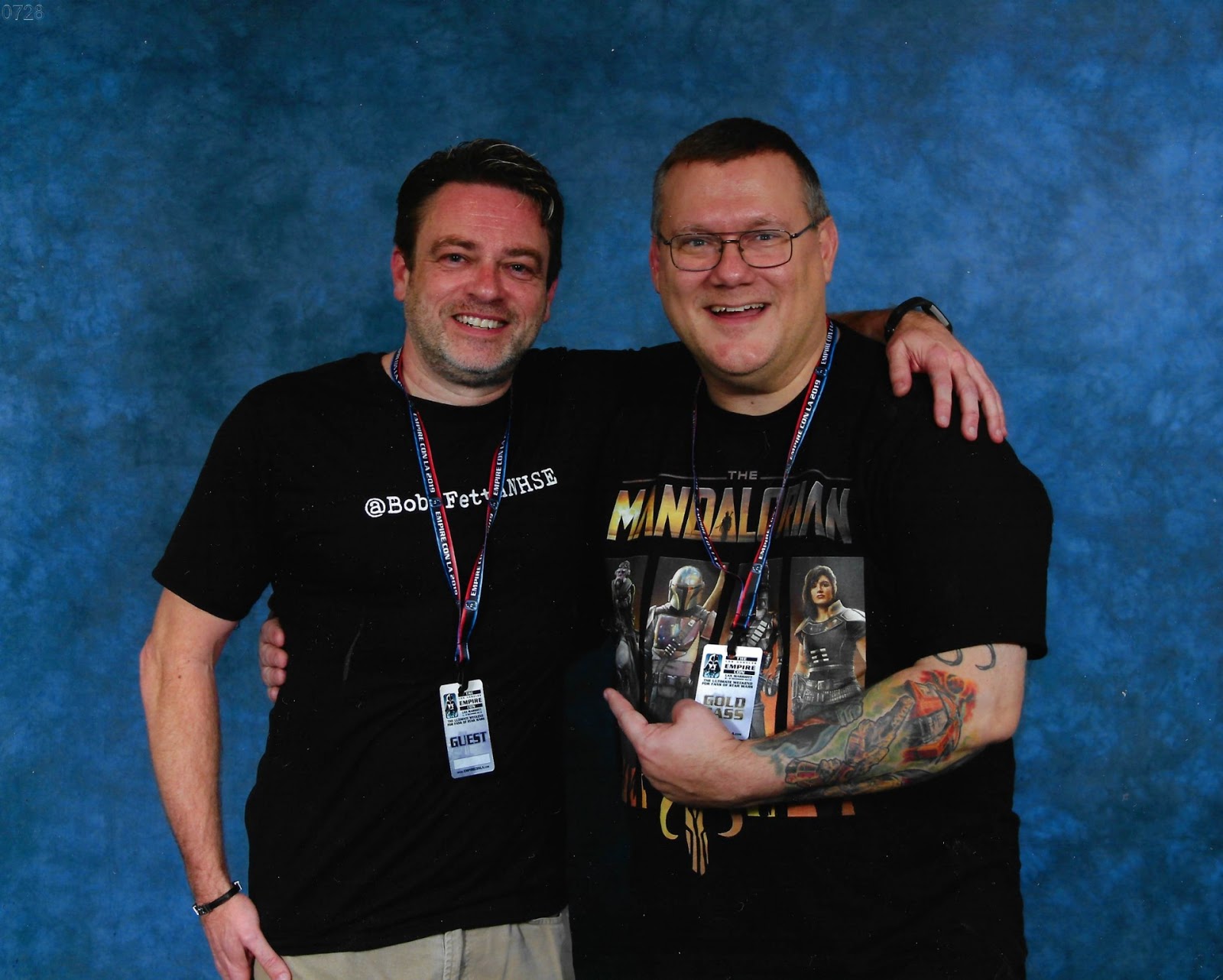 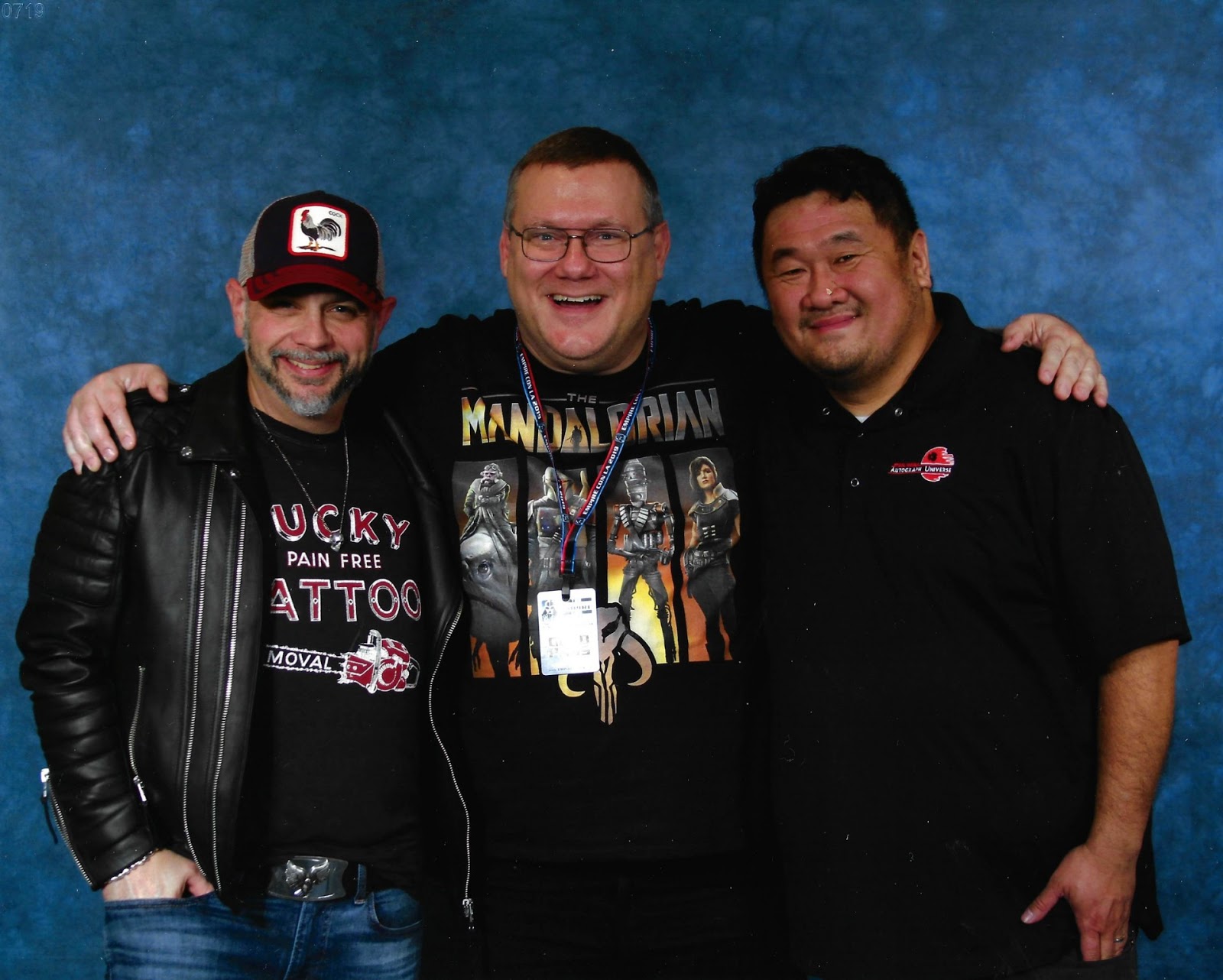