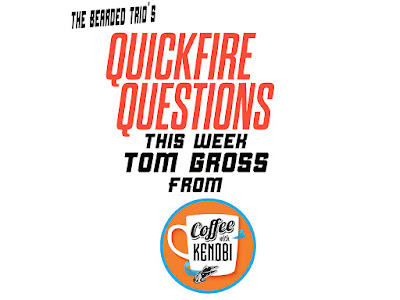 On this week's 'Quick Fire Questions' we have Tom Gross from Coffee With Kenobi.  Tell us about yourself, Tom:

I am Tom Gross.  Some know me as the Cycling Librarian or the CWK newsman.  Others call me Dungeon Master and a couple call me #GymnastDad.   As one may guess from my many titles, I love a lot of stuff, and I like to keep busy.  I make my living as a high school librarian which gives me a great opportunity to promote reading and storytelling!  Outside of the library, you might find me riding the rural roads on my road bike or cheering on my children in gymnastics competitions.  Four years ago, as a life long fan of the Star Wars saga, I  joined the Coffee with Kenobi family. 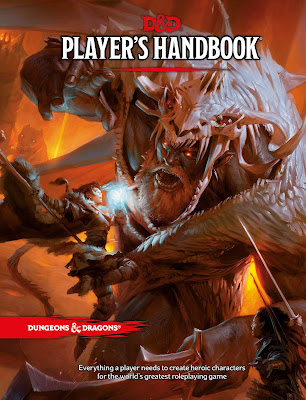 If you could invite any three people (alive or not, fictitious or not) to a dinner party, who would they be?
Teddy Roosevelt, Gandalf, Obi-Wan Kenobi:  Three wise men who stood up for what they believed and they were not afraid to get their hands dirty.

What is your favourite John Williams soundtrack?
Without a doubt, the Empire Strikes Back soundtrack.  I owned (and still do) the double album and played that on my record player hundreds of times.  The Imperial March changed everything for me. musically.

If you were invisible for a day what would be the first thing you would do?
The first thing I would do is take off my squeeky shoes.  Then, I would walk up behind people and whisper things to make them think they heard something.

When was the last time you cried because of a movie or TV show?
I might have gotten a little misty eyed when Anna sings "The Next Right Thing" in Frozen II.  It is those moments when all hope seems lost and a character makes the decision to stand up and make change happen.  Those moments always get me.

What is your biggest fear?
Being underwater longer than I can hold my breath.

What was the most embarrassing moment of your life?
I was at a Farmer's Market carrying my daughter when I tripped over a basket of apples.  The apples started rolling down a slight hill and I was running all over trying to pick them up, but they just kept rolling away.  The story is legendary around our house.

Excluding search engines, what three website would you choose if no other websites were available?
Google Maps, Amazon, and Disney+

Do you have any movie/TV guilty pleasures?
Austin City Limits:  I love live music, and this is as close as it gets from the living room. 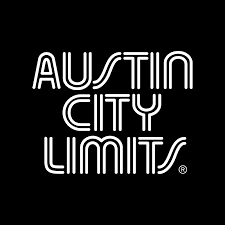 What is your most treasured possession?
It is either my road bike or my collection of original Kenner Star Wars Action Figures.

What is your biggest regret?
Letting myself believe that Return of the Jedi was the last of Star Wars.

What are you most proud of?
Most definitely my family.  My wife and daughters are most awesome!  Sometimes, I can't believe they keep me around.

If you play video games, what was your most memorable video gaming moment?
Ha!  I will never forget when I won a season of Baseball Stars on the NES against my college friends. 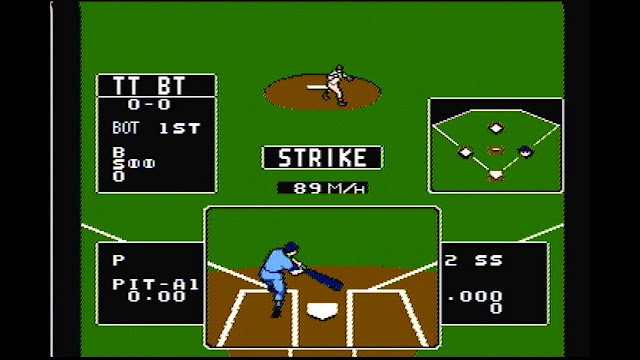 What is your favourite Spielberg movie?
Indiana Jones: Raiders of the Lost Ark  For years, I wanted to be or be like Indiana Jones.  I still might try.

Where can people keep in touch or follow you?
You can catch me on Coffee with Kenobi and CWK Pourover.  I'm on Twitter @draftline

Thanks, Tom for the answers.  You are never too old to be Indy!

Make sure you subscribe to the always awesome Coffee With Kenobi with Dan Z podcast.  They are quite simply one of the best Star Wars podcasts in this quadrant.