Remember The Video Game In Jaws? It Was Killer Shark By Sega 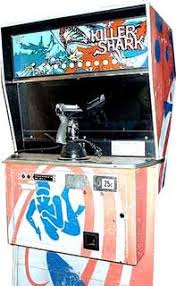 This cabinet can be seen in the movie Jaws on the beach.  It's called Killer Shark from gaming greats, Sega.  It was released way back in 1972.  The shark moves around and the player shoots it with a spear gun. It has a series of slides on a wheel that make the shark move and thrash around when shot. Electronic sound and 8-track player. It resembles the Same Sea Devil also by Sega, but Sea Devil had a manta ray instead of a shark. 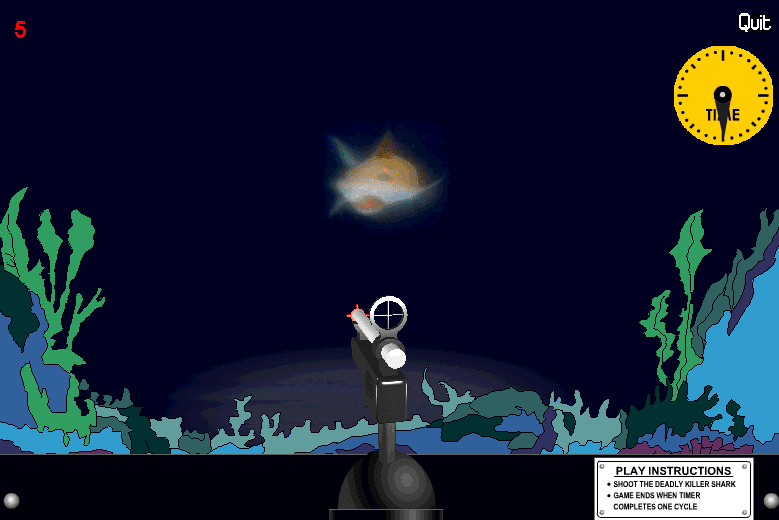 Okay, this isn't Killer Shark but I love the advert for Shark Attack.  "Take a diver to lunch." 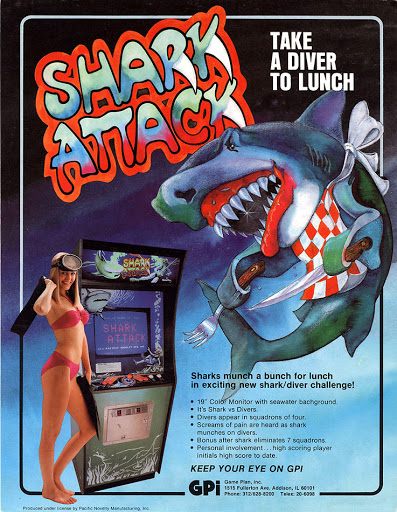