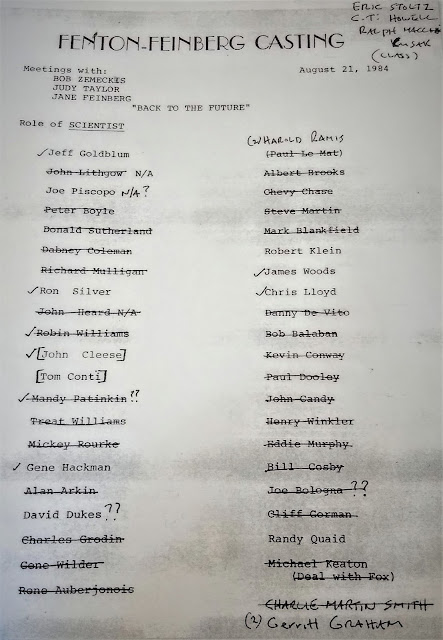 It is well known that Michael J. Fox was the first choice to play Marty McFly in the Back to the Future movies, even though initially the role was given to Eric Stoltz because Fox was committed to the filming of the TV show, Family Ties.  But the role of Doc Brown or "the scientist" as the role was known in the early stages was less defined.  The creative team did not have a candidate in mind so casting director, Mike Fenton, Jane Feinberg and Judy Taylor produced a memo with a list of forty names.  It's quite interesting to see names on the list that would make you wonder how they would have interpreted Doc Brown.

Names such as John Cleese, Gene Hackman, Gene Wilder and Star Trek: Deep Space Nine's Rene Auberjonois who played the shape-shifting Odo in the hit TV series were all on the list, some with lines through their name.  One can only assume these were dismissed at an early stage while those with ticks showed a promising fit to the producers and casting directors.

Narrowing down the list must have taken some time.  In fact, it was producer Neil Canton who suggested two actors, one of which was Christopher Lloyd and the other potential candidate was John Lithgow.  Canton tells us:

"When I read the script, two people came to mind for Doc Brown.  One was Chris, and the other was John Lithgow, both of whom I had just worked with [on The Adventures of Buckaroo Banzai], and I imagined they both would have been great.  Bob and Bob really sparked to the idea of Chris, so we brought him in to Amblin."

Bringing Christopher Lloyd into Amblin was not as easy as it first sounded.  Christopher Lloyd had read the script to Back to the Future or a draft and wasn't impressed.  In fact he found the plot to be "crazy" and tossed the script into a wastepaper basket.  It was his wife who convinced him not to give up on a role "never leave any stone unturned" was their motto.  His wife reminded him of this and he decided to give it another chance and meet with director, Robert Zemeckis.  Zemeckis said, "I do remember very distinctly the moment that Chris came in the room...And he didn't say anything, because he's very shy, but I thought he was perfect.  I just knew it."

In the end, Christopher Lloyd was cast as Doc Brown and the role he portrayed has become a classic in movie history but I can't help wonder how a Robin Williams Doc Brown would have turned out. 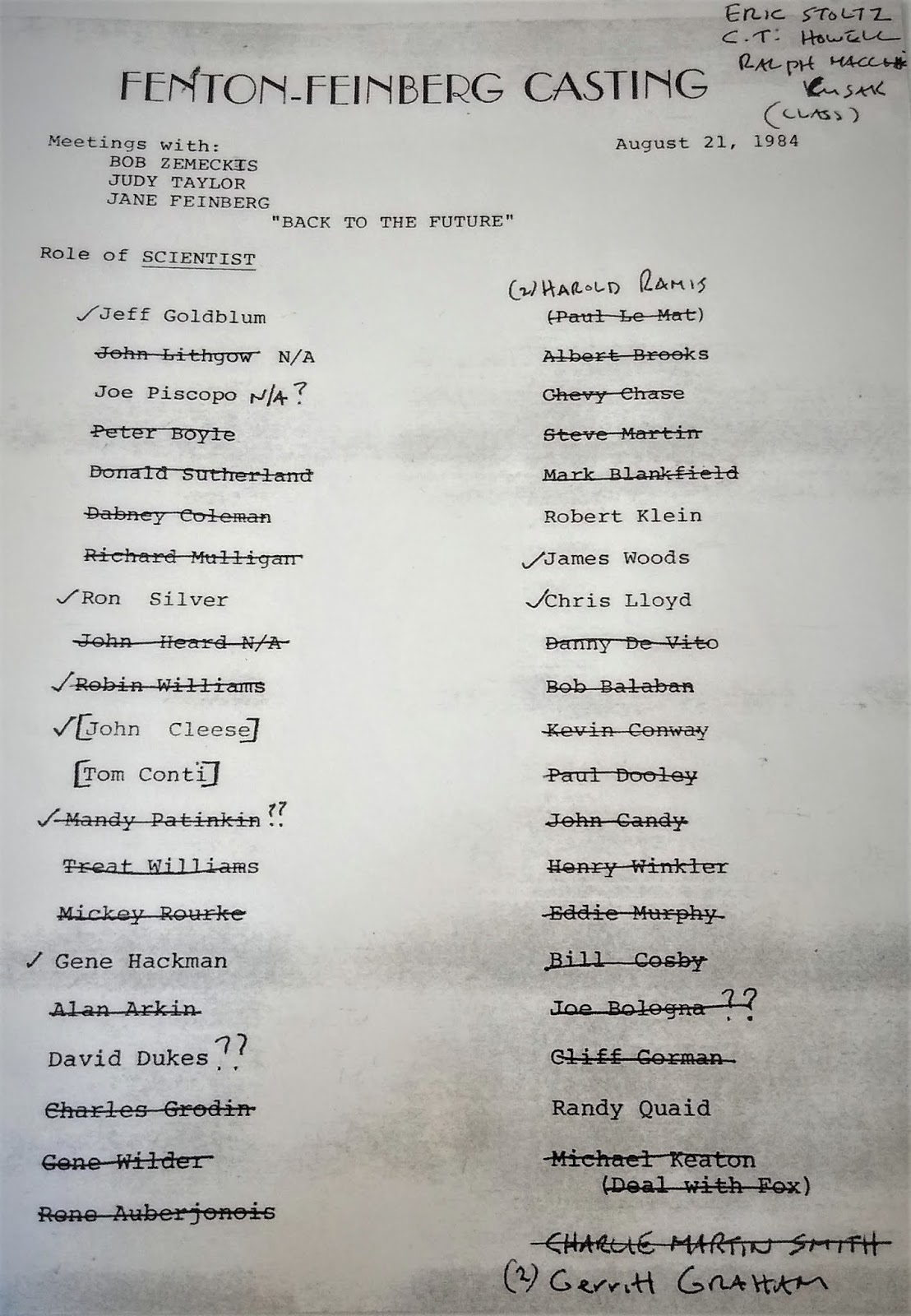 Source: Back to the Future: The Ultimate Visual History Revised and Expanded Edition.  Coming November 3rd, 2020. 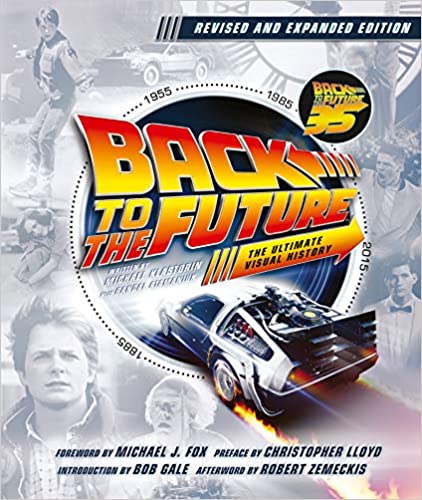