I MISS GOING TO THE THEATER 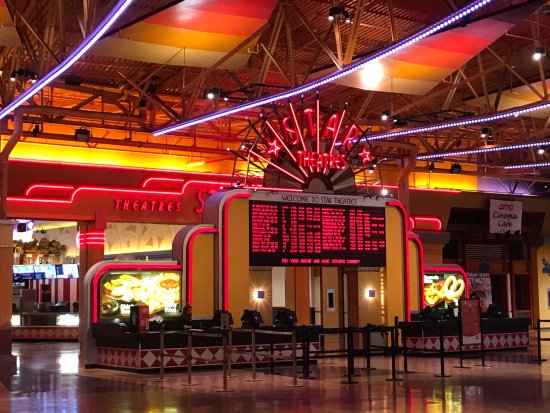 I MISS GOING TO THE THEATER

The year of 2020 has taken a lot away from us. For some, it's been the ultimate loss, the loss of loved ones to the evil that is COVID-19. Other losses are more cosmetic or comfort losses.
Perhaps the most "comfort" loss I have felt has been the loss of going to the theater during peak movie season in the summer. In saying this, I am keeping the perspective that the virus has impacted hundreds of thousands of people across the country and the world at a deep level. I do not mean to equate my loss of not going to a theater with those who have lost loved ones. They don't compare. But this is a website that deals with films we love and the people who make them, so in that spirit...
I miss going to the theater.
Like so many of you, my first exposure to a movie theater came in that summer of 1977 when Star Wars: A New Hope moved its way into our consciousness. Four-year-old me was enveloped in darkness, the constantly flashing images on the screen and the genius of sound effects and music in my ears. I had never felt anything like it.
A year later my mom took me to see Superman: The Movie in the theater, and the helicopter scene was so intense, I asked my mom if we could leave. My response was in part to what was playing out on screen, but also the all-encompassing nature of being in a movie theater.
Fast forward 21 years from there, to the summer of 1999, and I thrilled at the concept of being able to 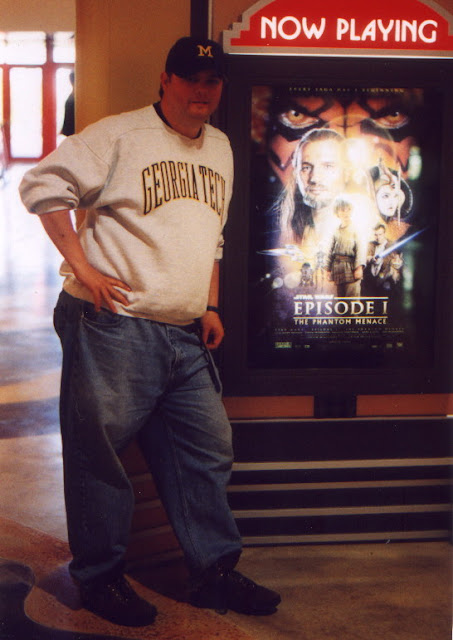 drive myself to the theater to see Star Wars: The Phantom Menace, anytime and however many times I felt like. That's me on the right on opening night, May 19, 1999.
Star Wars was a series originally designed to be on the big screen. George Lucas has said so on many occasions, how the creative decisions he makes are based on what will work for an audience seated in that dark theater.
Theater technology has certainly come a long way, even since that 1999 opening night showing of Episode I. Cushy, reclining seats are no longer reserved just for elite houses in the big city. I live in a fairly rural part of Michigan, and my local theater has that luxury seating now.
And how impossible is it to replicate movie theater popcorn at home? It can't be done. They have that perfect combination of salt, butter, volume and well, more salt.
Theaters give you not just the visuals the fill the vision, but audios that fill the ears. The sophistication of sound systems really makes the experience worth it. And Lucas deserves a lot of credit for pushing sound technology forward back in the original trilogy years, with his THX innovations. The audio and visual blend together in an intoxicating mix that draws me back to that environment time and time again to this day.
The photo at the top of this post is of the Star Theater in Auburn Hills, Michigan, where I saw Episode I for the first time. It's a big, grand building with sparkly pavement as you walk in the front door. The line to get into that theater wrapped around the large lobby several times. Shows were sold out for several weeks. There was a magic to that experience that's difficult to put into words. But when you feel it, you know it.
For two hours at a time, you could extract yourself from this world. Turn off the phone. Block out the constant noise that bombards us. You give yourself over into another world that challenges and stimulates all the senses.
Going to the theater just isn't safe or realistic in the summer of 2020. A thing I think people struggle with is the idea we aren't in full control of the movement within our daily lives. The virus controls that, for now.
But the day will come where the virus is struck down and we'll be able to enjoy the future versions of lightsabers, whip cracks and hair-raising music and adventure play out in front of us in that irreplaceable environment known as the theater. I can't wait.
Brad Monastiere
I live in Michigan and worked in higher education. Been an unconditional fan of Star Wars and Indiana Jones for decades. Follow me on twitter @bmonastiere
The Bearded Trio - The Site For Steven Spielberg, George Lucas, John Williams and a whole lot more..